The top players fear Sinner – Eye of the Coach #27

In this latest episode of The Eye of the Coach, Patrick Mouratoglou talks about Jannik Sinner’s run to the French Open quarter-finals and discusses the 19-year-old’s outlook for the future. 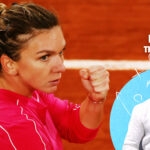 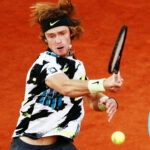 Jannik Sinner ousted Alexander Zverev in four sets to reach the French Open quarter-finals on Sunday. Although it was a surprising result, the tennis world has seen Sinner’s rise coming for a while now.

Count Patrick Mouratoglou is among those who are high on the 19-year-old Italian.

Sinner is already starting to live up to his obvious potential. He has climbed to No 75 in the rankings and he will break into the top 50 after Roland-Garros even if he loses his next match. And with his skill-set, Sinner is most likely only climbing higher.

“He has a lot of qualities,” Mouratoglou noted. “First of all, he has the height and the typical body of the top players. All of those men are tall and thin; they are light, and they move very fast. Sinner, exactly that profile; very tall, thin, moves really well. Second, easy power: forehand, backhand, serve, the ball goes out of the racket very fast, with no apparent effort…. He is a great competitor; he’s fearing nobody; he trusts himself, he believes in himself. So the fitness, the mentality, the competitiveness, the easy power, it’s quite a lot.”

“The top guys fear him”

In addition to beating Zverev on Sunday, Sinner preceded his Roland-Garros appearance by upsetting Stefanos Tsitsipas en route to the Rome third round.

“I think the top guys fear him,” Mouratoglou commented, “because they know how good he is. It’s a lot of pressure for them to play him because they don’t want him to beat them. Because they know how how dangerous he will be in the future. They think, ‘Wow, we have to show him that we’re still better than him.’ This extra pressure is not easy to handle.”

Zverev did not handle that pressure well, but Sinner faces a much different kind of top player on Tuesday. That would be none other than Rafael Nadal, and Mouratoglou called it “the ultimate challenge on clay.” If Sinner somehow wins that match, the future will be now.