Coach Patrick Mouratoglou believes Naomi Osaka’s growing maturity off the court is making her a better player on it. 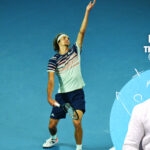 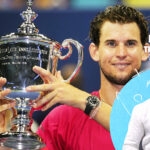 When Naomi Osaka burst onto the scene by winning the title in Indian Wells in March 2018, the Japanese was as shy off the court as she was brilliant on it. Always funny, over the past couple of years, the tennis world has come to see how smart and fascinating she is. But it’s only in the past few months, when she has embraced the fight for racial justice in the United States and become happy to share her beliefs, that she has truly emerged from her shell and her words and her actions – including wearing a mask in every round with the name of a different person affected by racial injustice – has drawn praise from all walks of life.

A leader off the court, Osaka has produced the goods on it at this year’s US Open and two years after she beat Serena Williams to win her first Grand Slam title, she is back in the final once again, facing off against former world No 1 Victoria Azarenka. In the latest edition of Eye of the Coach, Patrick Mouratoglou, the long-time coach of Serena, says that representing big issues off the court has translated into success on the court.

“I think it’s a growing process for her, to be able to represent something, to make people clap for her, not only for her tennis but also for what she’s saying and what she’s doing,” Mouratoglou says. “I think it helps her play better tennis because she feels more confident about herself. She’s seen as someone smart, someone important and someone who represents something.”

“I think that for her, it’s extremely positive, and if you look at how she’s playing since the start of the tournament, she’s playing with a lot of certainty. Whenever she hits the ball, you feel like she’s sure about what she’s doing. There’s no hesitation – and with the type of game she can’t hesitate and start to think, otherwise the ball is going to go far out, (so) I think it’s something very positive for her, I think it’s something that helps her grow as a person and grow as an image (role model) and it helps her confidence globally.”