The US Open semi-finalist has a massive problem to deal with when it comes to his second serve. Patrick Mouratoglou explains why. 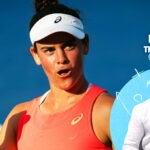 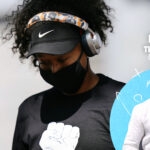 Fifth seed Alexander Zverev has a brilliant chance to win his first Grand Slam at the US Open after Novak Djokovic’s shock departure from the tournament.

On Friday in Flushing Meadows, he faces Spain’s Pablo Carreno Busta for a place in the final.

But he has managed only one straight-sets win throughout his campaign in New York, although he has knocked out two seeded players in Borna Coric (in the quarter-finals) and Adrian Mannarino (in the third round).

And Patrick Mouratoglou has concerns over one part of his game – his second serve, which he described as “inconsistent”.

“He can’t count on it. It’s letting him down quite often under pressure,” said the coach.

The Frenchman pointed out the world No 7’s variable toss action, and his reliance on the slice for his second serve rather than the kick it looks like he wants to go for.

“There is something unclear in his mind and his technique about his second serve that makes it very inconsistent and scary,” said Mouratoglou – who said that Zverev needs to decide very quickly whether he wants to slice or kick.

On the plus side, Mouratoglou has been hugely impressed with the improvements on the German’s first serve.

He added that Zverev is not yet a John Isner or Ivo Karlovic – who rely consistently on their massive serves – but he is getting closer.

“His first serve has started to be really good – not that it was not good before, he’s always been hitting the first serve really hard, but I don’t think the accuracy was at the same level.

“Now we can consider him to be a big server. He’s part of this little group of top guys who serve extremely well.”