Stefanos Tsitsipas – 3 minutes to learn more about the “Greek God”

Stefanos Tsitsipas is one of four Top 10 players present at the first edition of the Ultimate Tennis Showdown. The “Greek God”, familiar with creating masterpieces, is one of the big favorites for the title.

UTS: The full-length interview with Patrick Mouratoglou
Next

Stefanos Tsitsipas is one of four Top 10 players present at the first edition of the Ultimate Tennis Showdown. The “Greek God”, already familiar with creating masterpieces on a tennis court, is one of the big favorites for the title.

6’4”, flowing blonde locks: the “Greek God” impresses on the grounds of the Mouratoglou Tennis Academy, which will host the first edition of the Ultimate Tennis Showdown. Tsitsipas, 21, is a safe bet for the NextGen, and is not afraid of anyone. Well established among the best players in the world for a year already, the Greek defeated Roger Federer, Novak Djokovic and Rafael Nadal in 2019.

He has thus validated his reputation as a star in the making. He is undoubtedly one of the favorites to win the Ultimate Tennis Showdown. To lift the trophy, he will have to use his three main weapons…

At only 21, Tsitsipas already has the mentality of a champion. He is not one to crack in crunch-time and is comfortable in his success.

“His mind is amazing because he fights like no one, he never gives up. He thinks he can beat anyone, and it’s not something you can teach,” said Kerei Abakar, who trains Tsitsipas next to the Greek’s father, Apostolos.

Tsitsipas strongly believes in his abilities, and has forged a steel mind. 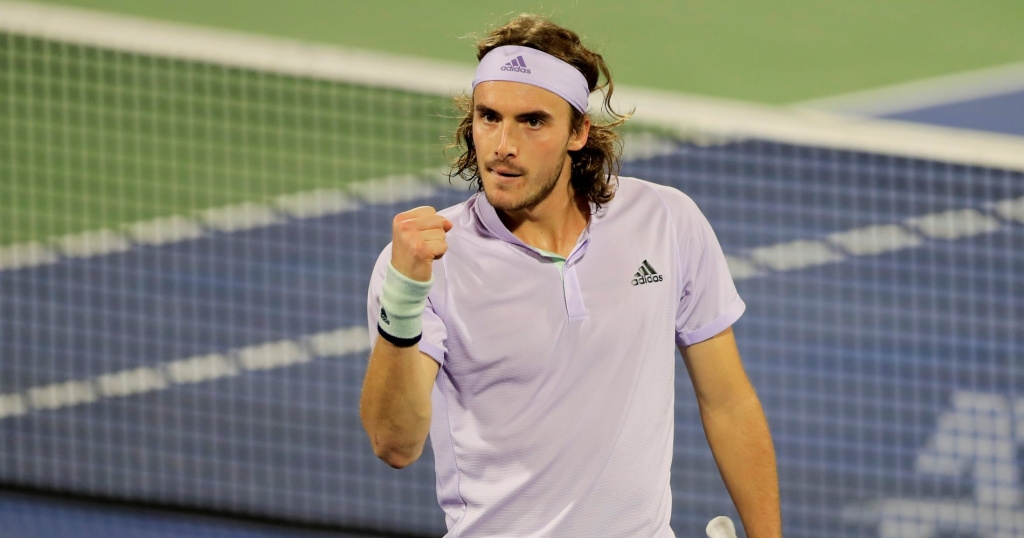 Tsitsipas was able to overcome early difficulties and wait for his time to blossom on the circuit. The Greek did not rush and progressed step by step to the top 10.

“There are many moments in my career where patience has been decisive for me, to overcome the difficulties of a match. Patience is important. Try to think, during this brief moment that I have during the exchange, without rushing, without hurrying in the important moments of a match,” said Tsitsipas.

A talented but also unpredictable player, Tsitsipas never offers the same ball to his opponent and knows how to adapt to all situations. He likes to be creative on a tennis court, and vary the tactics.

“For me, there are so many ways to hit a ball. One of my favorite shots is the flying volley, it’s part of my creativity.”

Olivia Gadecki won against Audrey Albie 7-5, 6-3 on Monday afternoon and will...