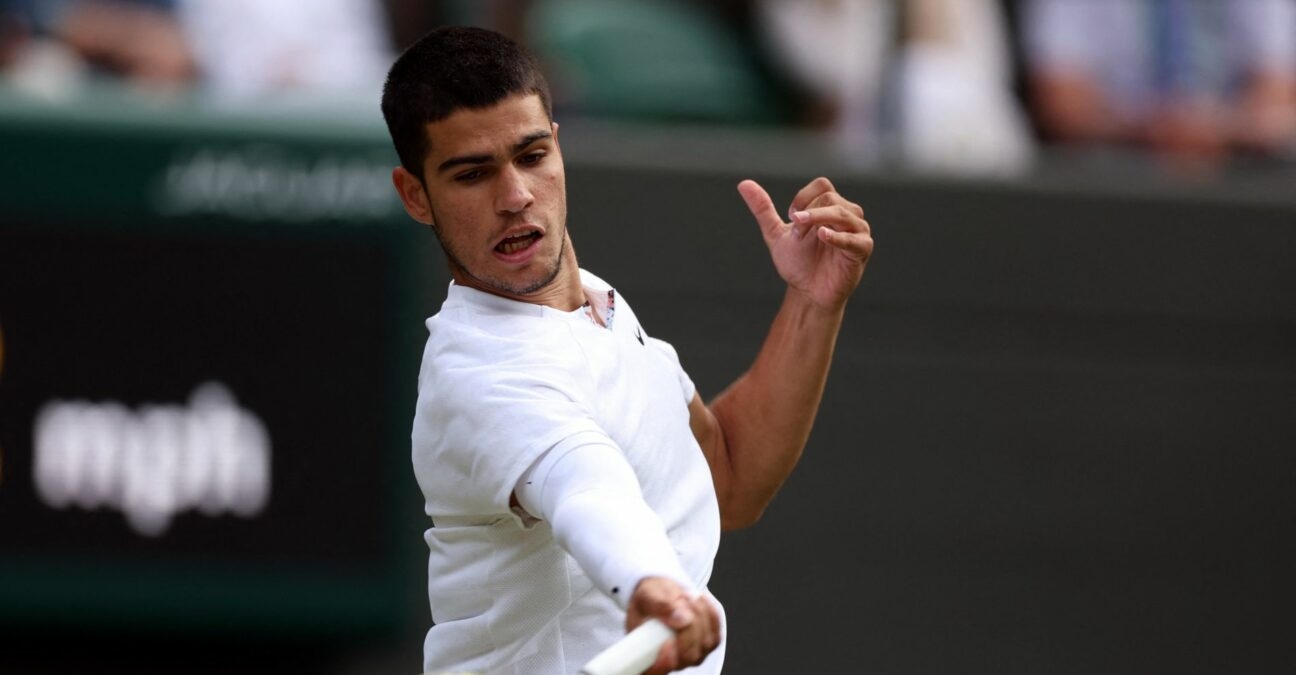 Carlos Alcaraz in action during his third round match against Germany’s Oscar Otte at Wimbledon 2022 Image Credit: AI / Reuters / Panoramic

Carlos Alcaraz has been proclaimed to be one of the game’s biggest stars in the men’s game and has already risen to the top 10.

But the Spaniard, best known for his explosive groundstrokes and his incredible speed on the court, showed off another side of himself during his third round match against German Oscar Otte at Wimbledon on Friday.

Having won the first set against Otte, Alcaraz was serving at 15-15 in the first game of the second set. In the middle of the rally, the Spaniard approached the net and hit an angled volley that touched the sideline.

Even as Otte chased the ball and hit a winner with his forehand, the chair umpire overruled the line call, which meant that the point had to be replayed.

However, Alcaraz who knew he did not have any chance to get to the Otte winner had the call not been made, sportingly gave the point to the German much to the appreciation of his opponent and the crowd.

Alcaraz to play Sinner in the fourth round

In the end, Alcaraz won 6-1, 6-3, 6-2 to advance to the fourth round at Wimbledon for the first time where he will meet one of the other big young stars in the men’s game – the No 10 seed Jannik Sinner.

The Spaniard has won their two previous encounters, including one at the Paris Masters in 2021.