Home » News » Wimbledon » Alizé Cornet, enjoying her freedom: “I should have told myself I was quitting tennis every year for ten years!”

Alizé Cornet will not change her mind: she will end her career at Roland Garros in 2023. Her victory (6-4, 6-2) on Saturday over world number one Iga Swiatek, who was on a 37-match winning streak, is a nice bonus in her final stretch 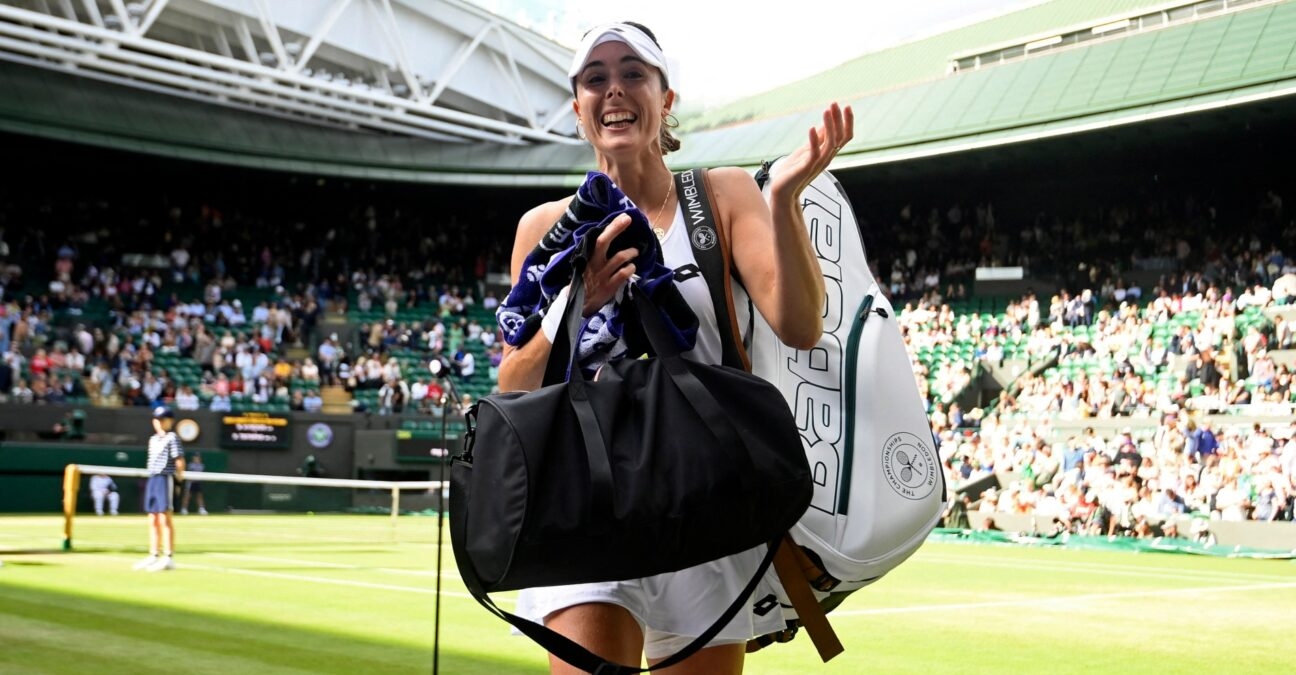 At 32 years old, Alizé Cornet says it herself: “I’ve got some good stuff left!”

Iga Swiatek’s unbeaten run came to an end on Saturday on Court 1 of Wimbledon. The Frenchwoman, who is used to defeating the world’s No 1 players – with four wins in seven matches, including two on grass – was obviously a little stunned after this new triumph but not necessarily incredibly surprised.

On grass, Cornet knew she was on the best possible ground to take down the new dominant force on the tour. “I had a tactical plan and I knew that on grass, against her, there was a little bit more space, so I really wanted to take my chance. It’s satisfying to hear such a strong girl say she was out of options. I’m going to try to apply that in every match and get into my opponents’ heads if possible. I also play a lot on adrenaline and on this inner fire that I have in me and that makes me accomplish beautiful things.”

But there is a world of difference between believing and doing it. Cornet, on cloud nine, had a little trouble assimilating the day’s achievement. “I’m very happy, I can’t even imagine what happened. I was so focused on my match that even at the end I was a bit stunned. At the same time I’m not completely surprised either because I had a really strong belief in myself. I’m really happy that it came true because these are really tough matches to go after.

“Somehow,” Cornet continued, “I didn’t think it was unachievable. I told myself so many times that I could do it, that her winning streak was bound to end at some point, and that it would be great if it was me, that I was almost ready to take that win. And then I was reminded of my match against Serena Williams eight years ago where I had already achieved that feat so it helped me today to do it again.”

Seeing her play like this, ranked 37th in the world at the age of 32, with so much fun and energy, and still competing in doubles and mixed doubles as well, you think she could go on playing for years. One wonders if this new feat might change her mind: will she really stop soon?

With a smile, Cornet confirms that yes, she is in her final stretch. In fact, it’s probably the fact that she decided to stop that makes her play so well in Grand Slams this year after the quarter-final at the Australian Open.

She explained: “No, I’m not going to change my mind. I also really believe that’s why I’m playing so well: because it’s almost the end. I’m giving it my all. I’m not stretching myself any further than that. I’ll probably play until the French Open next year, that’s the plan. When I walked onto that Court 1, I had a big smile on my face because it could be the last time I walk onto that court. I just wanted to enjoy it, have fun and take all the good energy. That’s why I’m doing all this well, because I made that decision to stop.”

Another decision made on Saturday was to refuse to know the name of her next opponent, Ajla Tomljanovic. Cornet wanted to enjoy her evening, to savour this great victory without already having to think about this round of 16. No, all she was interested in on Saturday was the big match against Swiatek to secure another second week at Wimbledon.

“It’s a very nice victory, it’s the second time I’ve reached the last 16 at Wimbledon, eight years after the first one, so it’s obviously very emotional. But at the same time, I’ve had more emotional victories in the past, so it’s funny. I’m just super happy.”

This victory over the invincible Swiatek, even though it was a bit of a foregone conclusion given the Polish player’s difficulties on grass (33 unforced errors on Saturday), is a reward for the hard work Alizé Cornet has put in.

“I’m reaping the rewards of all the hard work I’ve put in over the years. There’s also perhaps a little more perspective on things. I’m perhaps putting the victories and defeats into perspective a little more. I’m happy now, but I know there are other things in life and when I’m on the court it sometimes allows me to step back and not let myself be overwhelmed by this emotion which, at the time, made me completely lose my temper.

“I still get very stressed sometimes but I’m coping with it a little better. There is also all the mental work that has been done over the years. And knowing that I’m living my last season and a half makes me want to take only the best and that works for me. I should have told myself that I’ve been quitting tennis every year for the last ten years!”

Choosing your exit is a luxury for any professional athlete. We are currently seeing this with Roger Federer, Serena Williams or Andy Murray. It is often the body that forces the decision. Cornet has decided to quit, even though her body is probably still under pressure: it’s the privilege she has chosen to give herself.

“I hope to choose my exit, but I have to stay healthy until next year. There’s no reason to, because I take good care of myself, I work hard, I’m rigorous. But it’s a luxury to be able to say that I’m not being pushed out by a body that no longer wants to, that can no longer. I choose when I want to leave, it’s a luxury but it’s not set in stone.

“I really have a lot of gratitude for what my body still allows me to give. I’m amazed at what I can still produce and how little injury I have, that’s my biggest pride right now. All these years of work, sacrifice and rigour allow me to be still here at 32, at the top. I hope to keep that up until the end.”

Tomljanovic also has the profile to come in and create confusion, disrupting Alizé Cornet’s resistance. Whoever triumphs will then face the winner of Rybakina – Martic. The Frenchwoman’s last Wimbledon could yet go into extra time.

Swiatek’s streak is over! Cornet stuns the world No 1 at Wimbledon
tennis majors

Cornet against protocols: “There was an epidemic of Covid-19 at Roland-Garros and nobody talked about it”
tennis majors
Share this story
Facebook Twitter Linkedin Whatsapp Email