Ash Barty and Angelique Kerber have had tremendous success on the grass, but only one will reach this year’s Wimbledon final as the pair are slated to meet for the fifth time, and first since 2018, in Thursday’s semi-finals at SW19. 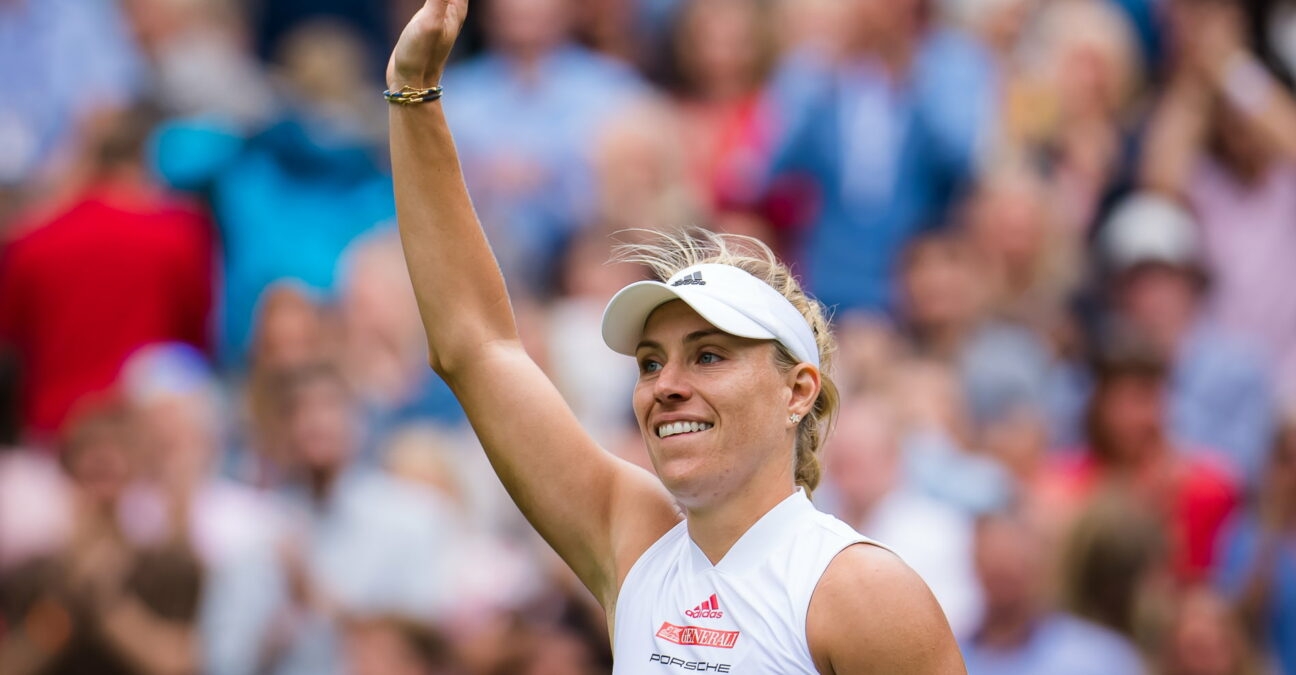 Ashleigh Barty and Angelique Kerber are producing their best tennis at Wimbledon in 2021. All that remains is for one of the two to power into the 2021 Wimbledon final.

Barty, who eased past compatriot Ajla Tomljanovic on Tuesday, 6-1, 6-3, to book her first Wimbledon semi-final appearance, and Kerber, who topped Karolina Muchova, 6-2, 6-3, to reach her fourth, both appear to be at the height of their powers on the surface that suits them the best.

Next comes the biggest test that each has faced this year at SW19. 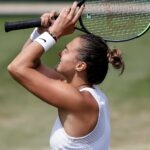 Kerber: a tough puzzle to solve on grass

Kerber, riding a 10-match winning streak, improved her career record on grass to 80-28 and stretched her Wimbledon win-loss record to 36-11 with her win over Muchova. The 33-year-old German is a difficult puzzle to solve on this surface, due to the fact that she handles pace as well as any player, and can defend her baseline by cutting off angles and doing her signature knee bends to dig out low balls and counterpunch with stunning aggression.

“There’s something about Kerber and a grass court,” says ESPN analyst Pam Shriver. “She gets down so low with the ball.”

“She plays good angles, and she plays really low,” Muchova said after her loss to the German. “It’s not really jumping high – that’s definitely an advantage for her.”

Barty has the tools to attack or defend – and the forehand

The challenge will be great for Barty in her first Wimbledon semi-final. The top seed will face a veritable Wimbledon juggernaut that has what it takes to counter her legendary slice and spot serves. But Barty has more than her variety, slice and “all-court” game to throw at Kerber. She also has a menacing forehand.

The world No 1 has amassed 68 forehand winners through five rounds at Wimbledon. Kerber has 44.

“Her forehand was working,” said ESPN Analyst Chris Evert, who mentioned the fact that Barty had 17 forehand winners in her quarter-final against Tomljanovic, while her opponent only managed one.

“We talk about her finesse, and the slices and the different speeds, but we don’t talk enough about that powerful forehand that she has to complement her game.”

Two of the best on grass

Kerber – 80-28 – and Barty – 31-9 – have combined for an impressive 75 percent winning percentage on grass over the course of their collective careers. It’s no surprise that these two players will spend a Wimbledon semi-final across the net from each other, but to have it happen in 2021 is somewhat surprising.

Kerber was 9-10 before she took off on the ten-match winning streak that started with her title run at Bad Homburg a few weeks back.

“Of course the last few months it was really tough,” Kerber told reporters on Tuesday. “Of course I was not being able to have this result which I was actually looking for. For me, I was never stopping believing in myself, in my team.”

“For me, I love to play tennis and I love this sport, to go out there and to be playing again in front of the fans. I think also that pushes me to play my best tennis right now.”

Barty has been in excellent form this season, but when an injury forced her to retire in the second round at Roland-Garros dark clouds hovered over her Wimbledon in 2021. But she’s here, and seemingly in perfect health. Gone is the heavy strapping that she wore on her left thigh through much of the clay season. 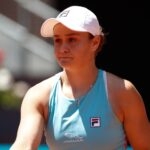 “We’ve been able to go through the rehab, do what we’ve needed to do, give ourselves the best chance to play here at Wimbledon,” she said before the tournament. “Now I feel like I’m fit, I’m ready to play I’m excited to play. To have an opportunity to again play main draw here at Wimbledon is certainly something that excited me and really drove me to do everything as best as I possibly could with my team to make sure we’re fit and we’re here playing.”

Overcoming adversity, peaking at the right time, and cultivating the perfect game for the grass that is built to withstand all challenges, Kerber and Barty have shown the public how a well-rounded, nuanced game can thrive on Wimbledon’s grass.

Now they’ll show each other who does it better with a spot in the final on the line.