Aryna Sabalenka is through to a major semi-final for the first time in her career after powering past Ons Jabeur on Tuesday at Wimbledon. Sabalenka will battle Karolina Pliskova for a place in the title match. 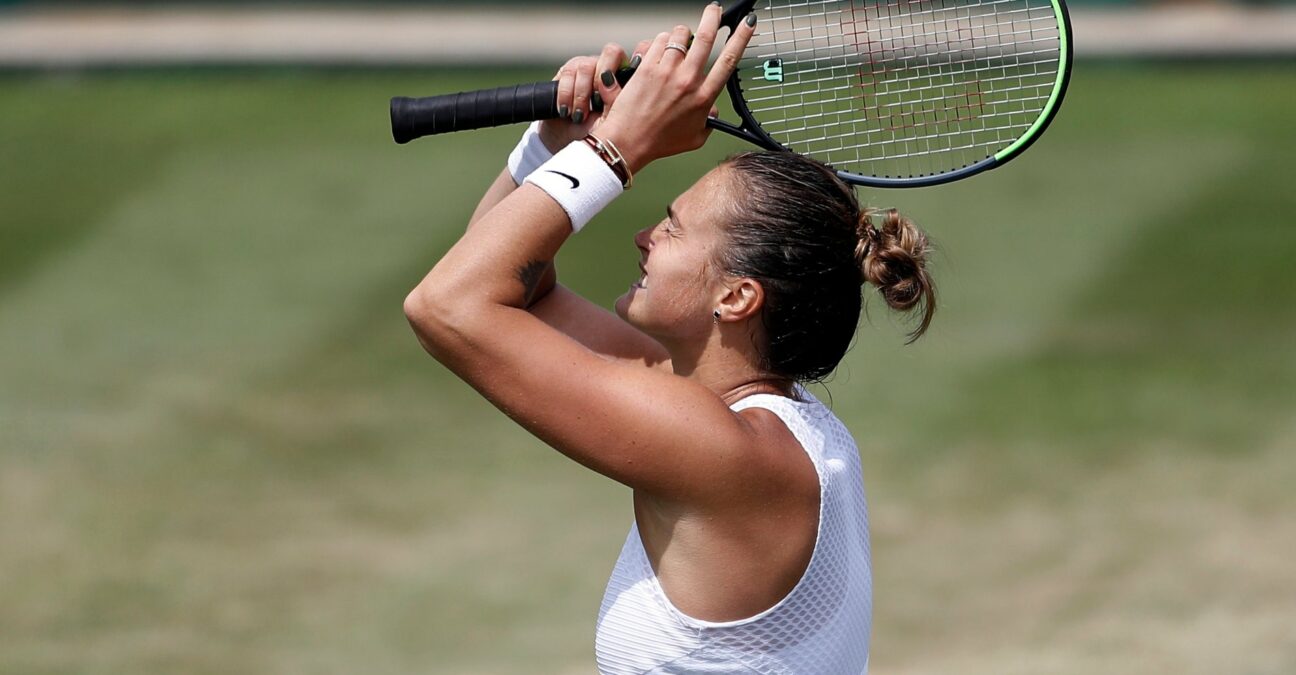 Grand Slam fortune is all turning around for Aryna Sabalenka at Wimbledon in 2021.

Having previously never advanced to the quarter-finals of any slam, Sabalenka now finds herself in the semis at the All-England Club. The No 2 seed booked her spot in the last four on Tuesday afternoon by overpowering Ons Jabeur 6-4, 6-3. Sabalenka struck 27 winners compared to only 20 unforced errors while needing only one hour and 14 minutes to prevail and set up a showdown against Karolina Pliskova.

The turning point came with Jabeur serving at 4-5 in the first set. Although the Tunisian did well to fight off four set points, she also missed four game points of her own and finally got broken. Jabeur briefly recovered from a break down early in the second, but another donation of serve at 3-4 doomed her comeback chances. Sabalenka a tough final service game by saving one break point and then capitalizing on her first match point with a backhand winner.

“I’m really happy with this win,” the Belarusian assured. “It’s always a tough match against Ons. She’s a great player and an amazing person. The atmosphere was unbelievable today. I’m really happy to still be in the tournament and somehow find a way to win matches here. The surface fits my game.”

Sabalenka will face Pliskova on Thursday in a battle between two powerful players. Pliskova had no trouble blasting her way past Viktorija Golubic 6-2, 6-2 in the first quarter-final on Tuesday.

“It means a lot, of course,” Pliskova said. “Especially after not really having many good weeks before Wimbledon, it feels like a dream a bit. I believed at some point I will find my game. I’m just happy it work out well in these two weeks. Of course it was my last Grand Slam missing the semifinal, so I’m happy now I have all of them.”

Pliskova and Sabalenka are not exactly underdogs in the Wimbledon semis, but neither one had ever been past the fourth round at this event. Moreover, in three slams so far this season there will be the maximum of 12 different semi-finalists (Ashleigh Barty vs. Ajla Tomljanovic is the last quarter-final and neither one has been to a semi in 2021).

“You never know on the WTA Tour what’s going to happen,” Sabalenka explained. “I’m looking forward to this match and I’ll do everything I can to win.”

“It’s going to be big match because she goes for big, big shots, big game, big serve,” Pliskova added. “I think there’s not going to be much time to think about what should I do, what should I not do — just quick decisions. But I believe I have also a game which can bother her a bit; big serve. I need to play fast — just put pressure on her.” 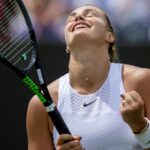