“I wouldn’t say that coaches would recommend sliding on grass to young players”, says “Spiderman” Djokovic 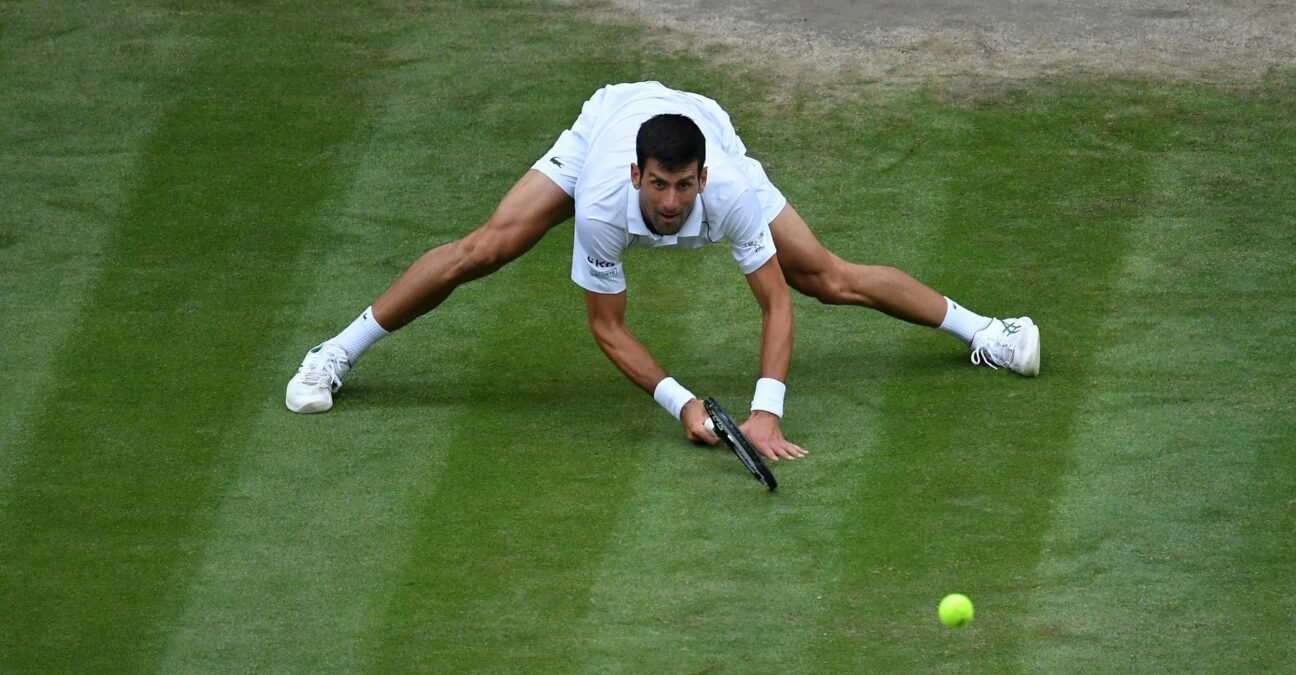 World No 1 Novak Djokovic is known for his incredible movement and ability to retrieve next-to-impossible shots on the tennis court. The 19-time Grand Slam champion admitted that his flexibility and elasticity allowed him to have movements that he would not recommend to other players, the Serb said when he was asked about his art of sliding on the tennis court.

“Nine out of 10 players would probably not do that, especially on grass”, he said as he marched into yet another Grand Slam final, where he will meet Matteo Berrettini in Sunday’s final. “They would look to hit the ball and then make a few steps and come back. For me, I would rather do one large slide step, try to get the ball.”

Djokovic added that he was not sure if it was a good move to teach youngsters. “Whether that’s good or not for young players is something you would teach them, I’m not sure what to answer to you on that. It’s not in the tennis book, so to say. And it also has something to do with Spiderman. I’ve been spending a lot of time with Spiderman the last couple years, so he’s been helping me with my stretches (smiling).”

Grass is known to be a slippery surface. During the first few days, the slippery conditions caused several players to complain about the issue. France’s Adrian Mananrino slipped in the fourth set of his first-round encounter against Roger Federer and was forced to retire soon after from the match. Shortly after, 23-time Grand Slam champion Serena Williams, also slipped during her first round match and had to withdraw early on in the first set of her opening round.

Djokovic revealed in his press conference that he has been sliding on all surfaces since he was a child and also added that his experience in skiing has helped him in the same.

“I guess this is my authentic kind of movement that I’ve been practicing and doing throughout my entire life on all the surfaces. I think it has a lot to do with skiing, as I’ve mentioned in the past, as well as the flexibility on my ankles. It’s kind of my habit to slide for the shot if I have to stretch for a ball that is far away from me.”