Home » News » Wimbledon » Djokovic vs Berrettini: head-to-head, stats, all you need to know after the 2021 Wimbledon men’s singles final

Djokovic vs Berrettini: head-to-head, stats, all you need to know after the 2021 Wimbledon men’s singles final

Novak Djokovic and Matteo Berrettini face off in the Wimbledon men’s singles final on Sunday. Here is our guide to their head-to-head, greatest matches and stats amongst other 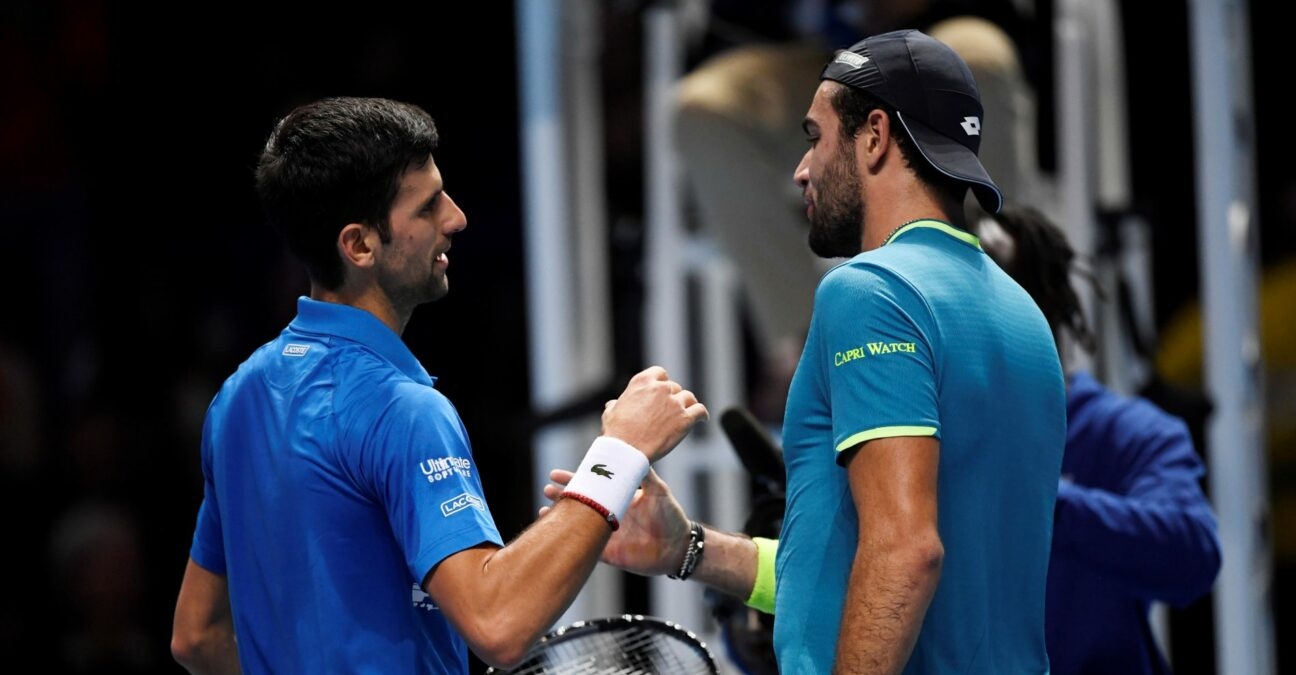 The pair have now met three times on the tour, with Djokovic leading their rivalry 3-0. The Serb won their first meeting at the 2019 Nitto ATP Finals in straight sets. They also clashed in the quarter-finals of the just concluded French Open, which Djokovic won in a tough four-setter.

DJOKOVIC AND BERRETTINI – HOW MANY TITLES HAVE THEY WON?

Djokovic has won 85 singles titles in his career. These include:

On the other hand, Berrettini, who is nearly a decade younger than Djokovic, has 5 ATP singles titles to his name, including the Queen’s Club Championships coming into Wimbledon

DJOKOVIC AND BERRETTINI – WHERE WILL THEY BE RANKED ON MONDAY?

Djokovic will remain ranked No 1 in the world irrespective of Saturday’s final result.

By reaching the Wimbledon final, Berrettini is assured of moving back to his career-best ranking of No 8.

DJOKOVIC AND BERRETTINI – WHAT THEY SAID ABOUT THE FINAL?

Djokovic was proud of his achievements, and on the court he thanked his rivals Roger Federer and Rafael Nadal for making him the player he has become.

“I have to pay a great tribute to Rafa and Roger, they are legends of our sport and they are the two most important players that I ever faced in my career – they are the reason that I am where I am today,” he said. “They’ve helped me realise what I need to do in order to get stronger mentally, physically, tactically; when I broke into the top-10 for the first time I lost for three, four years, most of the big matches that I played against these two guys, and something shifted at the end of 2010 and the beginning of 2011, and the last ten years has been an incredible journey that is not stopping here.”

Berrettini says he hopes to learn from his brushes with greatness. Though he wasn’t able to win he hopes that the experience of playing in his first major final against a true legend will make him a better player.

“It’s an honor for me,” he said about facing the Big Three. “I mean, I grew up watching these guys battling and fighting for the big titles. Now I’m the guy that is trying to take the titles away from them. US Open I lost against Rafa, and he won the title. Like I said in Paris, quarters against Novak…

“It means that I’m there. It means that I deserve to be here. I feel it. Today, again, Novak was the better player on court, but I’m getting closer. Every match that I’m playing against them helps me to get closer. Obviously they’re improving. It’s tougher and tougher to get there.

“I just need matches like this. I just need experiences like this. That’s what we said to my team. Obviously, also this kind of anger, disappointment that I have now, it’s really helpful, is going to be helpful for the next events.” 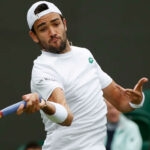