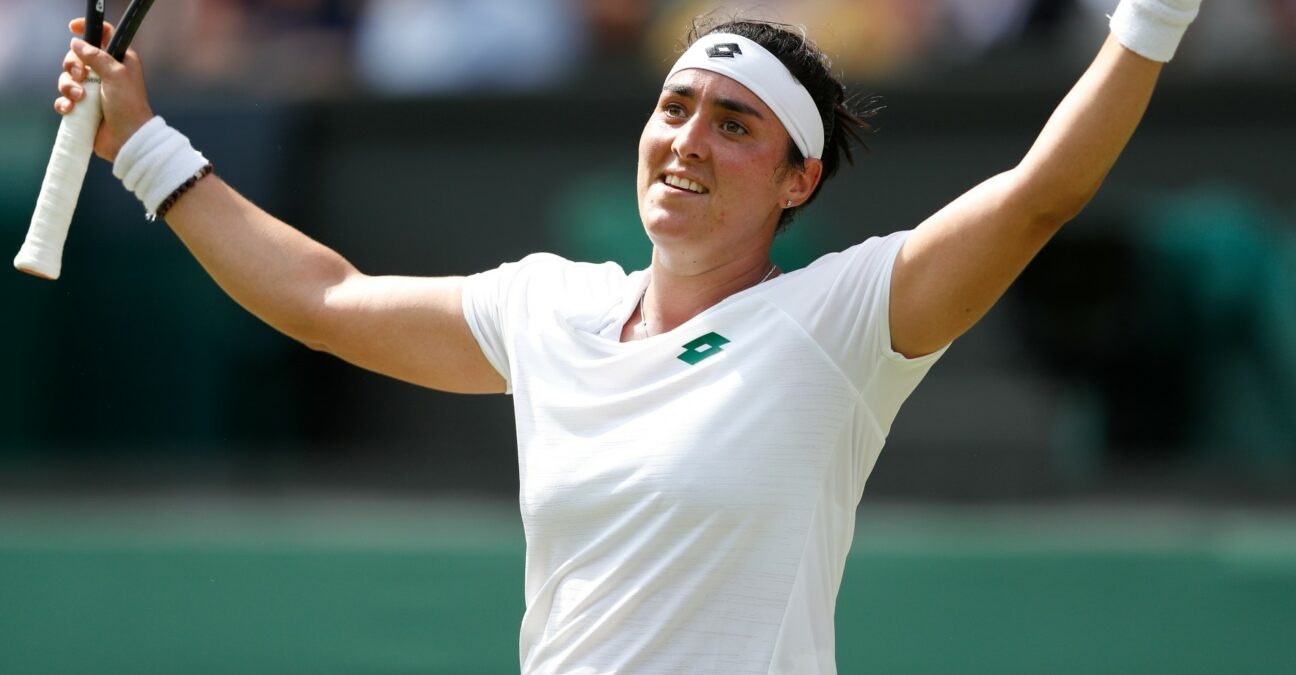 Ons Jabeur at Wimbledon in 2021

Ons Jabeur was the first winner on the last-ever “Manic Monday” at Wimbledon, as she kicked off the proceedings on Court 2 with a 5-7, 6-1, 6-1 victory over Iga Swiatek. After dropping a competitive first set, Jabeur dominated the rest of the match to advance in one hour and 41 minutes.

It was already a history-making summer on the grass for Jabeur. The 26-year-old Tunisian became the first Arab woman to capture a WTA title when she triumphed in Birmingham, and this past weekend she became the first Arab woman to reach the fourth round of Wimbledon after ousting 2017 champion Garbine Muguruza. Now she is through to the quarter-finals at the All-England Club.

Next up for the world No 24 is No 2 seed Aryna Sabalenka, a three-set winner over Elena Rybakina. Surprisingly, this is Sabalenka’s first-ever appearance in the quarter-finals of a Grand Slam.