Ashleigh Barty pushed past Spain’s Carla Suarez Navarro on Day 2 at Wimbledon, as the Centre Court crowd sent off the Spaniard with a fitting farewell. 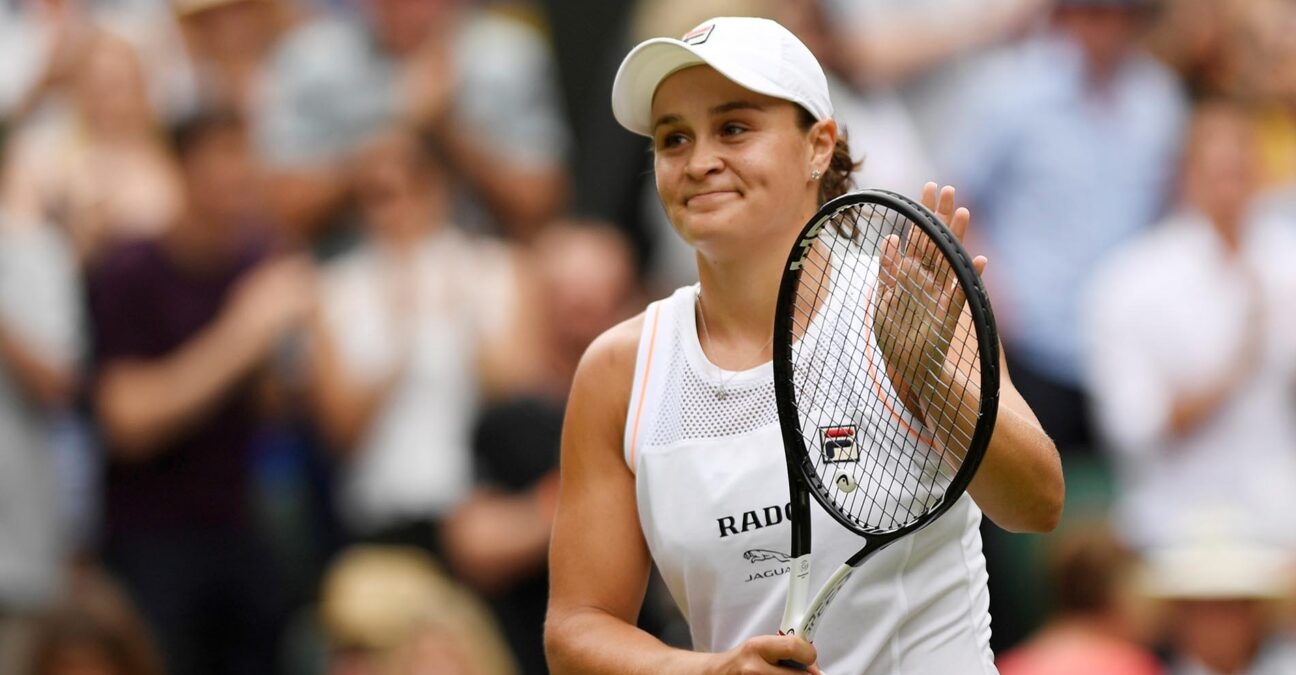 Ash Barty survived a bit of a scare and emerged with a three-set victory over the perpetually feisty Carla Suarez Navarro on Day 2 at Wimbledon, the top-seeded Australian coming through brilliantly in the third set after momentarily losing the plot in the second.

It was the final Wimbledon appearance for the 32-year-old Spaniard, a former world No 6 who battled and overcame Hodkin’s Lymphoma to make her return to the tour at Roland-Garros this spring. And true to form, Suarez Navarro did not go down without a tussle.

Barty served for the victory in the second set but couldn’t hold the lead and eventually Suarez Navarro seized the moment to claim a lopsided tiebreaker to keep hopes alive.

Healthy and Ready for Wimbledon challenge

Barty soon restored order, zooming through the first 13 points of the final set and claiming a 5-0 lead before her dazed opponent could get on the board. Suarez Navarro did hold for 1-5, but Barty soon finished off her victory to set a second-round clash with either Anna Blinkova or Timea Babos.

Barty, who is spending her 82nd week as the WTA’s No 1-ranked player, has never been past the fourth round at Wimbledon in her previous four appearances.

She says she is in good health, after being forced to pull out of her Roland-Garros title defence with a thigh injury, and eager to push through for a career-best run.

“The grass, it’s a little more forgiving on the body,” she said. “I feel ready, I was excited to know that I was 100 percent to be able to player here – I’m loving every minute.”