Home » News » Wimbledon » Federer wants to play again, but… hold on… only if he can compete like before

Federer wants to play again, but… hold on… only if he can compete like before

The 20-time Grand Slam champion said in his press conference that he wants to keep going–only, you can understand, if he can compete at a higher level. 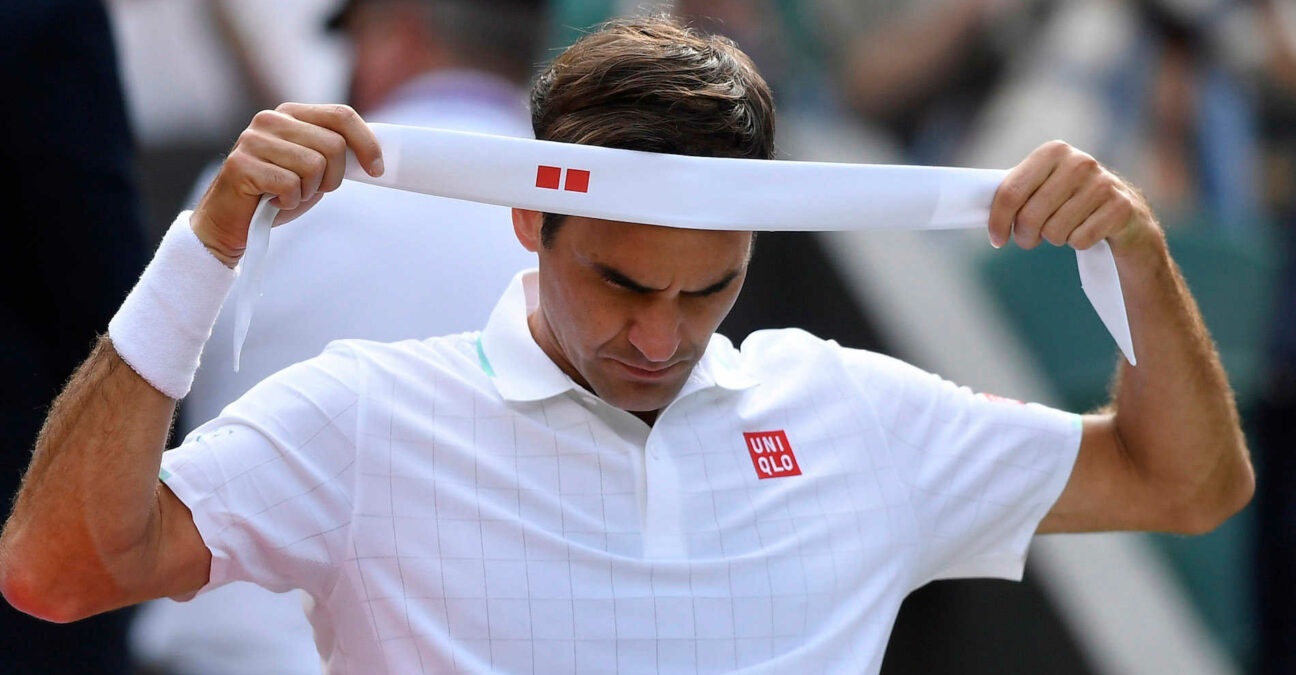 Yes, he wants to play tennis again. No, he doesn’t know for sure if he will be back at Wimbledon. Yes, right now he is far from his former standards. Roger Fededer helped us to read a little more into his unpredictable future during the press conference following his Wimbledon quarter-final loss against Hubert Hurkacz (6-3, 7-6, 6-0). 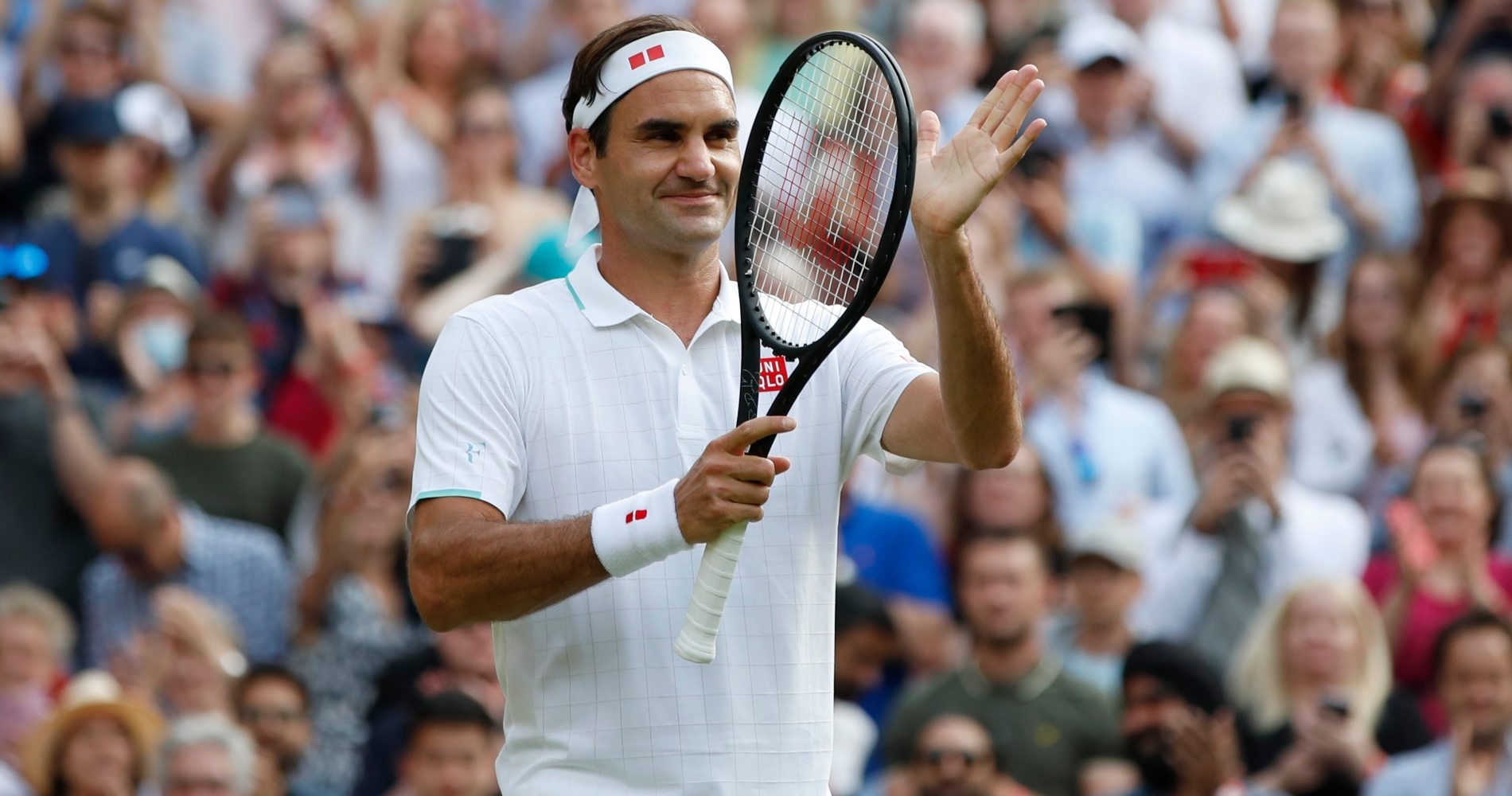 The facts : Roger Federer played his 22nd Wimbledon. He lost in quarter-finals against the 18th-ranked player in the world, Hubert Hurkacz, who stunned him 6-0 in the third. It is the second 6-0 set Federed has endured since the turn of the century and first since Rafael Nadal gave him that treatment at Roland-Garros in 2008. Federer made a quick farewell to the standing crowd of the Center Court. He’ll be 40 next month, so that might have been his last appearance.

“At my age you’re just never sure what’s around the corner.”

Federer’s quotes: “I don’t know. I really don’t know. I got to regroup. My goal was always for the last year (2020) and more to always try to play another Wimbledon. The initial goal, like you know, was to play last year. That was anyway never going to happen, plus the pandemic hit. I was able to make it this year, which I’m really happy about. I got to take a few days. Obviously we’re going to speak a little bit tonight, depending on how I feel, then the next couple of days as well. What do I need to do to get in better shape so I can be more competitive ? I’m actually very happy I made it as far as I did here and I actually was able to play Wimbledon at the level that I did after everything I went through. Of course I would like to play it again, but at my age you’re just never sure what’s around the corner.» 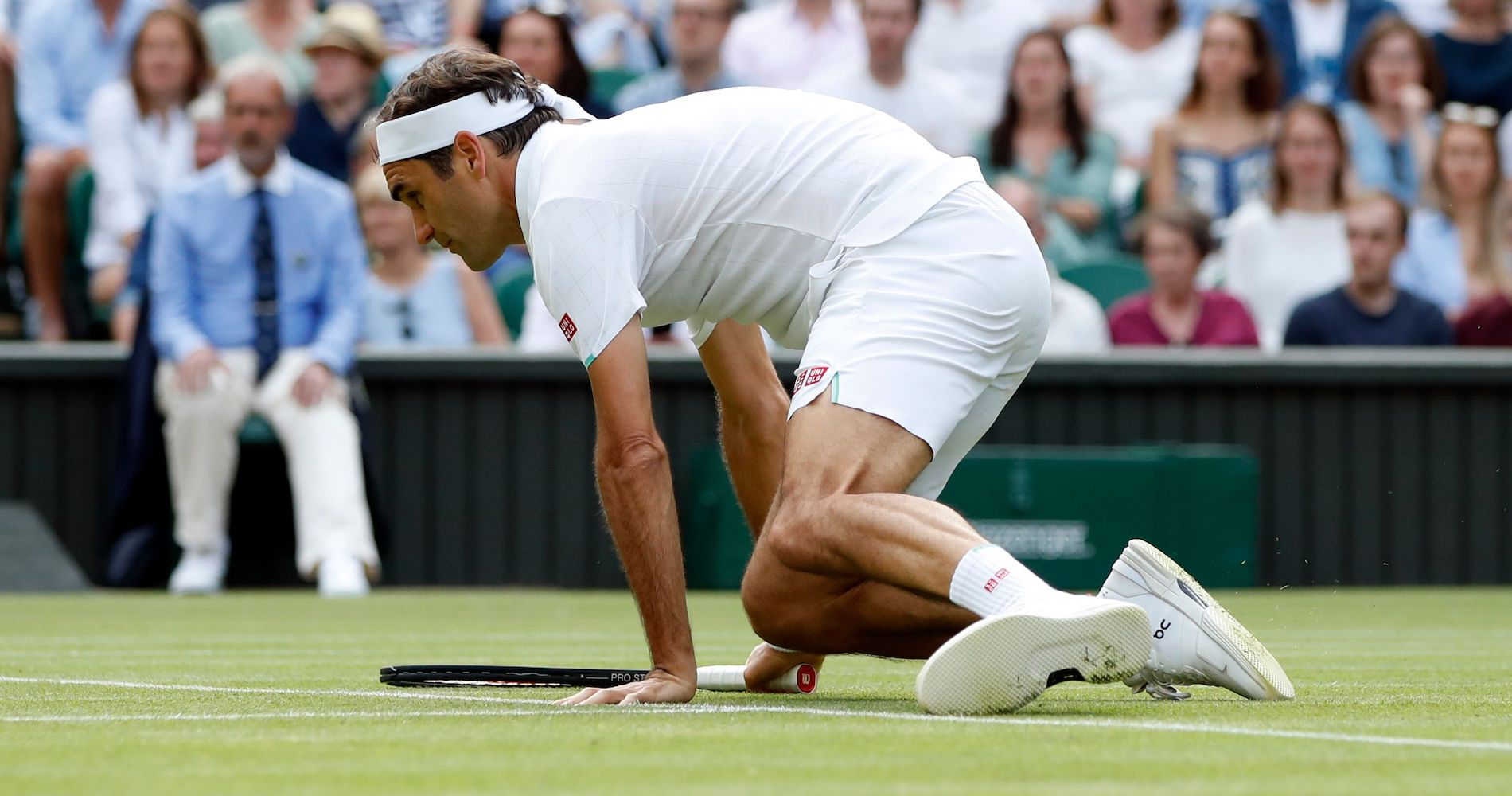 2. Is it physically too hard for Federer now?

The facts: Federer played has played five tournaments in four months (3 ATP, 2 slams) and 13 matches with nine victories (seven in slams) and four defeats. Still, it looked like it wasn’t enough to get him at his best.

The body actually overall feels fine from the matches.

Federer’s quotes : “I’m not sure if it’s necessarily (that I need) matches, to be honest, because the body actually overall feels fine from the matches. I’m happy I went through all the process of taking losses and trying to play in Paris and Geneva and Doha and Halle, getting myself into match toughness and fitness here in Wimbledon. I definitely need to be a better player if I want to be more competitive at the highest of levels. I knew that coming in. Better players remind you of that, like Hurkacz and Felix (Auger-Aliassime) did, for instance, in Halle. It gets tough when things get really tricky physically.” 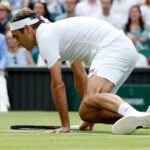 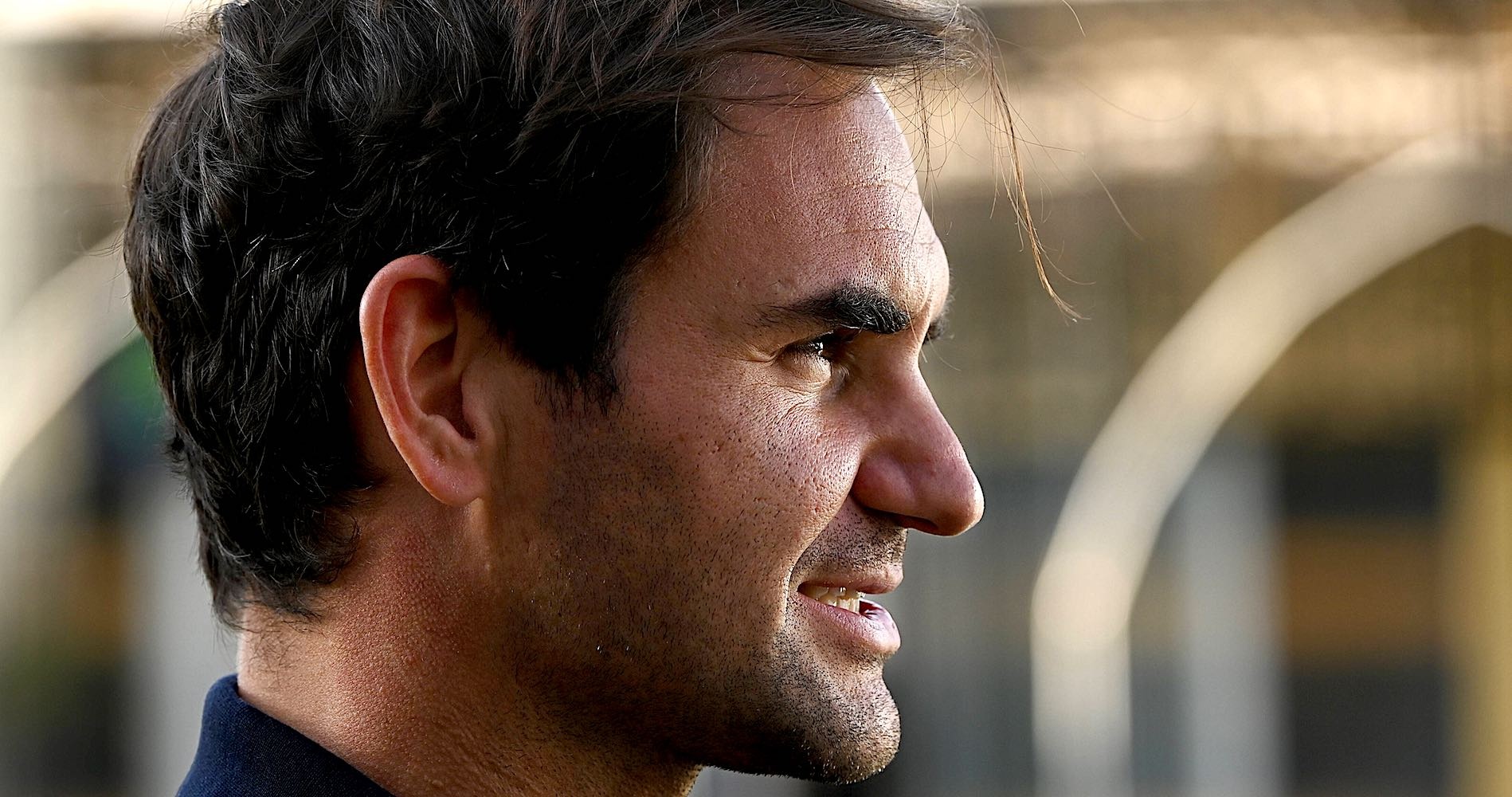 3. Is the retirement part of imminent Federer’s plan?

The facts: Wimbledon was openly Federer’s main objective in his recovery process following his knee injury in January of 2020. The next Wimbledon chance for the Swiss will be in one year, when he will be almost 41. He said he wanted to play as often as possible until the US Open this year, but it sounds like retirement is an open question.

The goal is to play, of course

Federer’s quotes : “No (I wasn’t talking about retirement), it’s just about having perspective.  You know you need a goal when you’re going through rehab with what I did. You can’t think of the entire mountain to climb as once. You got to go in steps. Wimbledon was the initial first super step, if you like. For me, now that that’s over, you just got to reassess everything.  You got to sit down, talk about it, what went well, what didn’t go so well, where is the body, where is the knee, where is the mind. As you can see, it was a struggle for me and putting in extra effort all the time, especially when things get difficult against Felix in Halle or today against Hurkacz. I knew it was going to be really hard, to be honest. Now I just got not to feel rushed by you guys (journalists) or anybody else, for that matter. I got to take my time, take the right decision, the one decision I want to take and where I feel most comfortable. That’s where it leaves me. But, no, I hope not that that’s going to happen. The goal is to play, of course.” 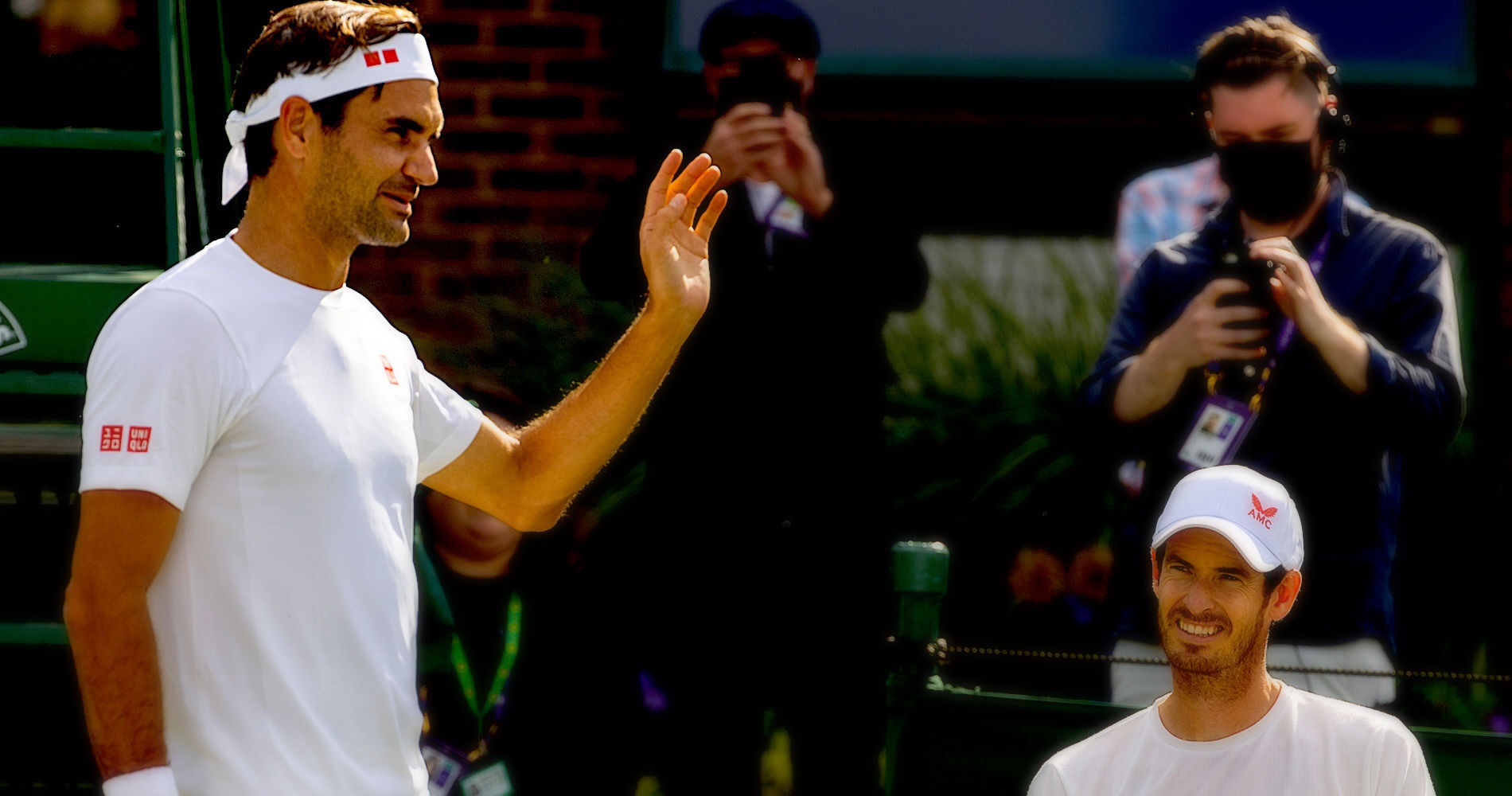 The facts: Federer underwent  two surgeries in 2020 and had a long journey before he played again on the tour in March of 2021. Federer’s results and his decision to withdraw from Roland-Garros in the middle of the event makes things unclear on him being at 100 percent or not.

There’s still a lot of things missing in my game

Federer’s quotes : “I mean, the process was incredibly slow. I was hoping for faster recovery, to be honest. It was a long, hard road. I said it many times before, I actually kind of enjoyed it. It was always uphill. As slow as it was, it was always moving forward.  I haven’t done that kind of — how do you say — like a rehab in the past. I enjoy new things, even though it’s maybe more of a negative thing to go through. I’m not going to get depressed doing rehab as you’re trying and have a goal.”

“The goal is first to walk again without crutches. Then the goal is to be able to start running again. From then on it starts to do side-to-side stuff. Then you’re back on the tennis court. The process really is actually one I enjoyed. We always wished it would go faster, but at the same time the team and me, we all decided we’re only going to the next step once it’s really solidified so we don’t have any setbacks. I’m happy we went that route, because I didn’t have any setbacks. But clearly there’s still a lot of things missing in my game that maybe 10, 15, 20 years ago were very simple and very normal for me to do. Nowadays they don’t happen naturally anymore.”

“I got to always put in the extra effort mentally to remind myself, remember to do this or do that. I have a lot of ideas on the court, but sometimes I can’t do what I want to do. I think it’s a bit of a tricky situation sometimes, come tough matches against great players. I feel like I made the most of it. The team and me were actually very happy I made it as far as the quarters here.” 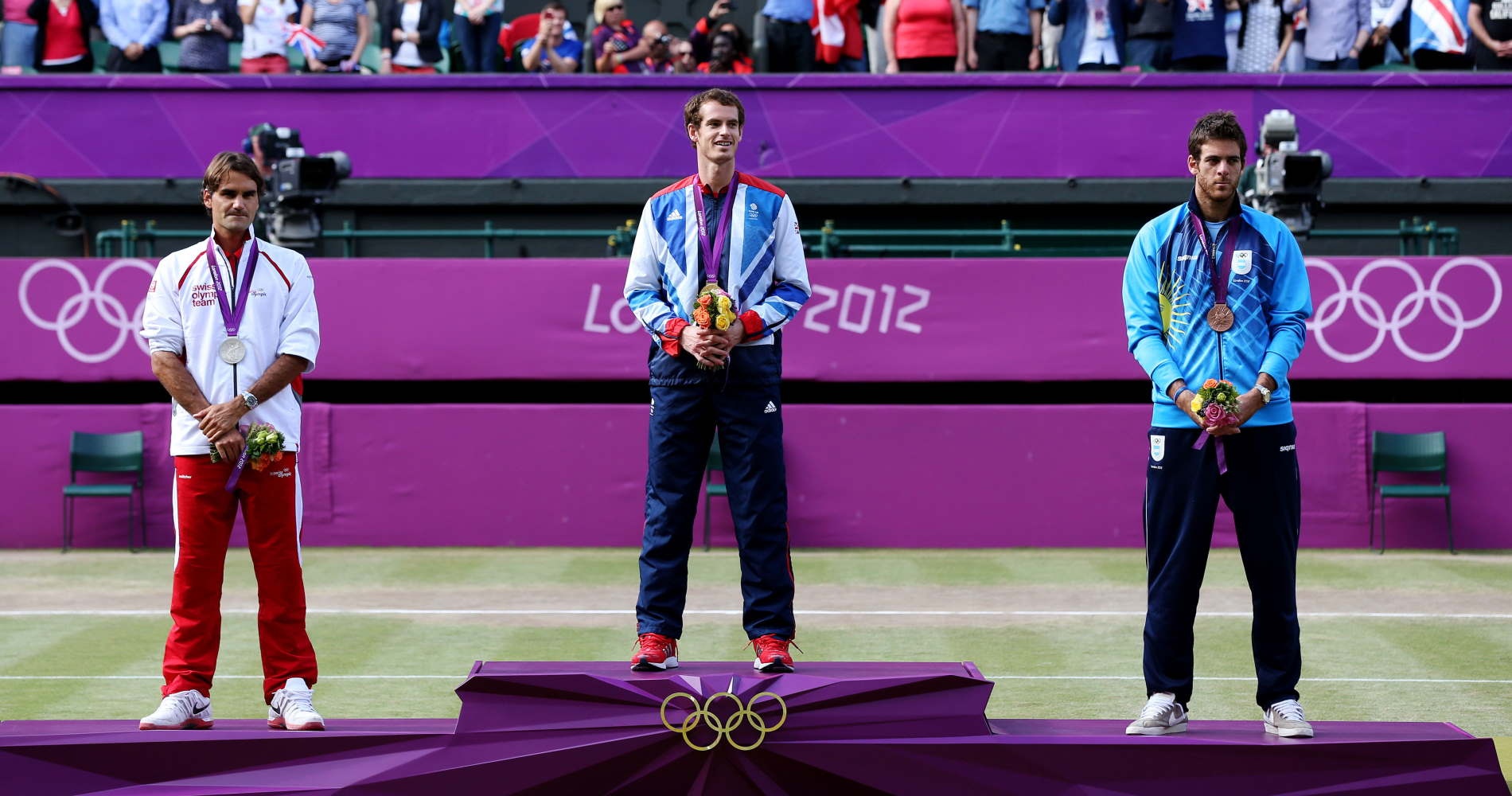 The facts: Federer was picked by Swiss Olympic committee to play the Olympic Games in Tokyo, starting July 26. But Federer stands on what he said before Wimbledon: he will take a decision after the slam, waiting a few days to decide.

An announcement rather sooner than later

Federer’s quotes : ‘I’m going to take a couple of days and sit down. I’m sorry if I’m repetitive. I said everything waits till Wimbledon is done; Wimbledon is done now. I haven’t taken a decision yet where we go from here. I will sit down and hopefully make an announcement sooner rather than later, of course, also for me and everybody, my family and team, and so forth.” 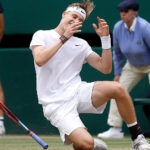 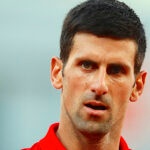