Home » News » Emotional Andreescu: “My fitness coach saved me from myself over injury”

Emotional Andreescu: “My fitness coach saved me from myself over injury” 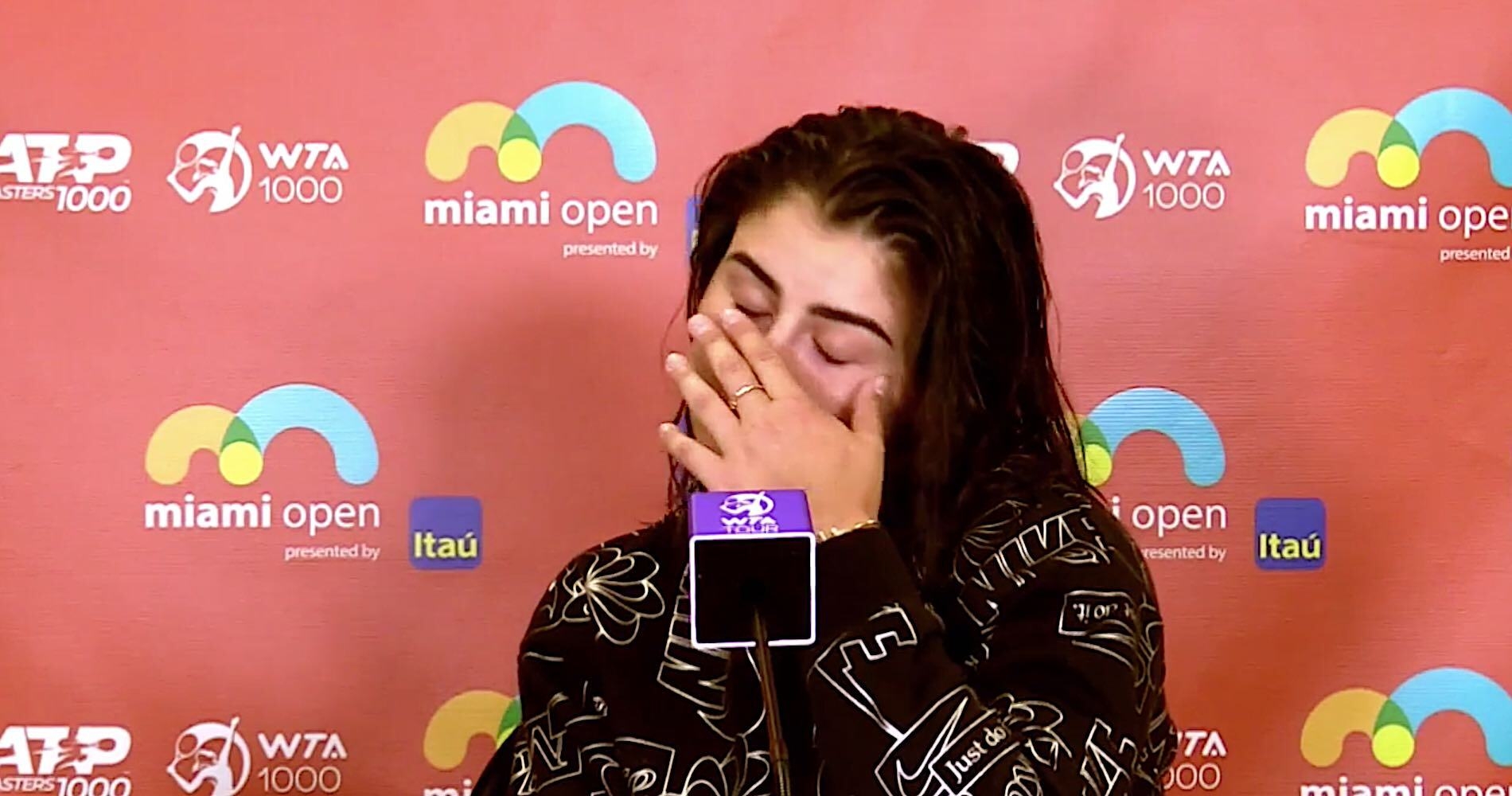 An emotional Bianca Andreescu said her fitness coach Abdul Sillah had “saved her from herself” by convincing her to quit during the final of the Miami Open against world No 1 Ash Barty on Saturday.

The 20-year-old Canadian, who missed the whole of 2020 through injury and who only returned to the Tour in February, retired at 6-3, 4-0 down to the world No 1 after turning her right foot in the third game of the second set.

Andreescu : "I really didn't want to stop. I've been through that continously…" Bianca Adreescu can't finish her first answer of the press conference. #MiamiOpen pic.twitter.com/aTK8E8L4rc

I’m proud of my resilience no matter if I share emotions.

Andreescu was already looking like being second-best against the in-form Barty but her chances of a comeback evaporated when she was moving across the baseline to her forehand and her right foot seemed to get stuck in the court. After having her ankle retaped, Andreescu played one more game but decided not to risk further injury and called it a day.

“I really didn’t want to stop but Abdul, my fitness trainer, he basically saved me from myself because I’ve been through that, continuously pushing myself to the point where I’d make it worse. He saved me from myself. I said I don’t want to, but I trusted him and I knew it was the best decision.”

“I want to look ahead in my career. I’m only 20, I’m not truing to risk anything, I already have a couple of years ago, I don’t want to make that mistake again. I’m proud of myself for that. I’m super-resilient. For me to do that today, took a lot. I’ll see what’s up and go from there.” 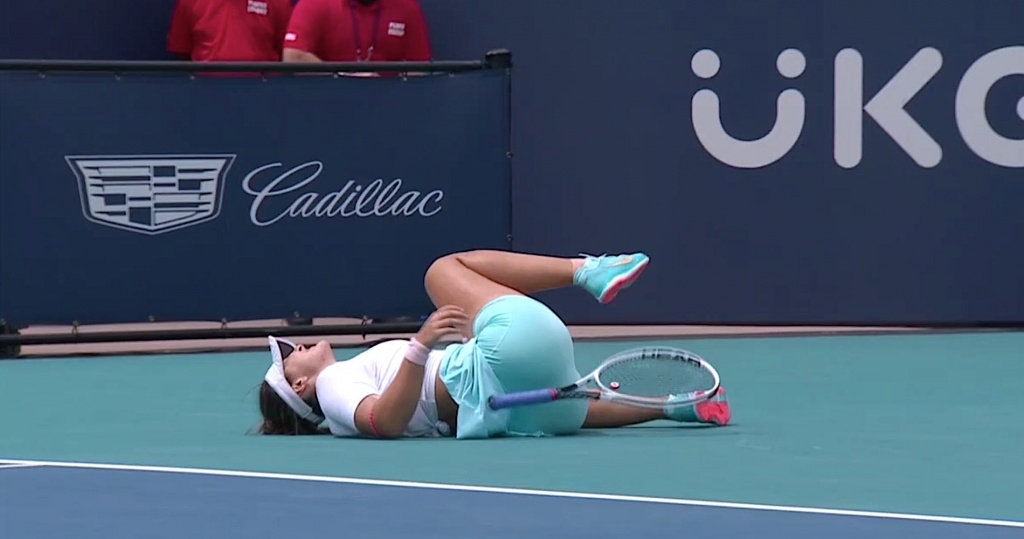 Why the tournament was still good for Andreescu

Despite the way the final ended, Andreescu said she was “super-grateful” to have played so well, having only returned to the Tour at the start of this year, following a nightmare year in which she was not able to play a single event because of injuries.

“To me it was a great tournament, she said. “I really fought through very tough matches. My body seemed to be good, up until today – I think it was just like a freak accident, I twisted my foot….other than that I’m super-grateful, this was one of my first tournaments back in a really long time.”

Plan to visualise and move on

When she was marching her way to her first Grand Slam title at the US Open in 2019, Andreescu became famous for talking about how she visualised everything, how she tried to put herself in every situation possible so she would be able to cope. The 20-year-old said she will get the injury checked and then begin looking ahead again.

“I’ll definitely start visualising the healing process,” she said. “Taking everything I’ve learned in this tournament into the next couple of tournaments, just continuing on building and visualising that.” 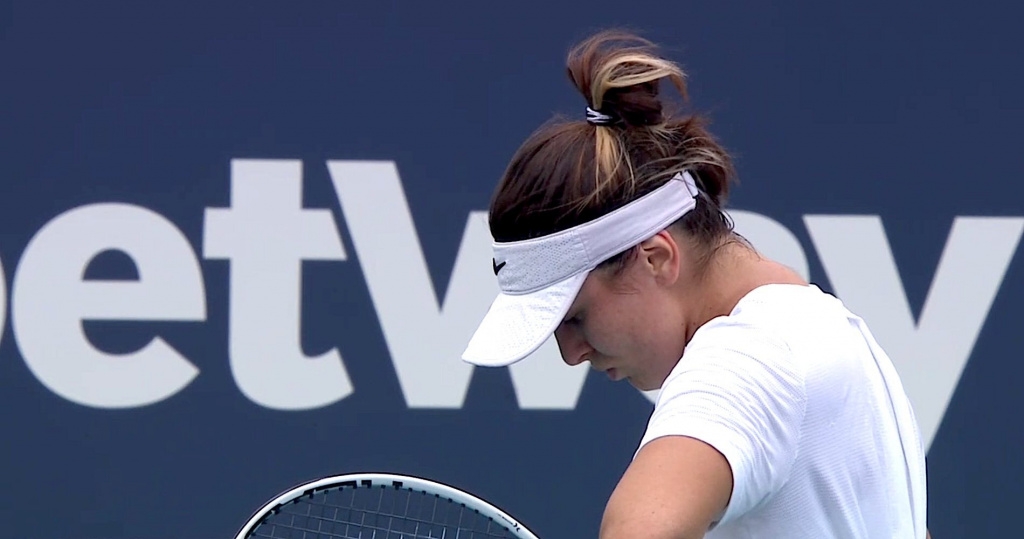 Despite shooting to fame in 2019 when she won the US Open in 2019, Andreescu’s career has been blighted by injuries. But the Canadian said she doesn’t want to become known as an injury-hit player.

“It seems like I’m kind of the only one who gets asked questions about injuries, which is super-annoying,” she said. “I don’t want to have a reputation for that because it’s not only me getting injured. It’s happened quite a bit but I don’t want to define myself through those. I’d rather be extra cautious than push through it and get it worse. I’ve been through both. I’m glad that I stopped. I try not to look at things as: ‘oh why does this happen to me?’ I just continue trusting the process, that helped me this week. I’m going to continue like that.”

Sorry @Bandreescu_ for the way the event ended, but you fought so hard all tournament and we wish you a speedy recovery and continued good health this year. @MiamiOpen

Why she plans to be around for a long time

And Andreescu said she was looking forward to the clay-court season and believes that the long matches she endured in Miami will stand her in good stead.

“It felt like I played three tournaments in one, all the time I had on court, which is awesome,” she said. “It’s nice to have all of this under my belt. I’m feeling confident. Sometimes my game won’t be there but I clutch it out during those times. I want to be here for it a long time.”