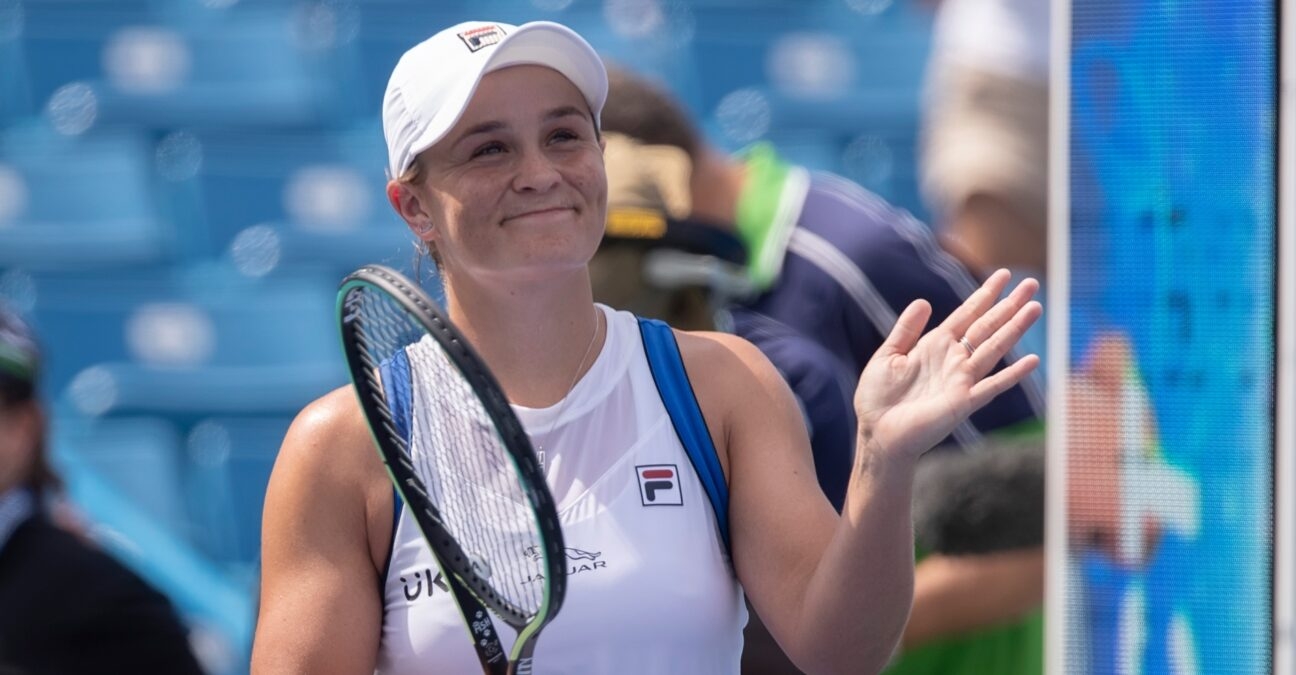 World No 1 Ashleigh Barty was in ominous form as she demolished Germany’s Angelique Kerber 6-2, 7-5 and booked her place in the final of the 2021 Cincinnati Open.

The Australian – who was playing her sixth semi-final of the year – has still not dropped a set all week on her run to the final – again, her sixth of 2021.

And she served brilliantly – including 12 aces – to get past fellow Grand Slam champion Kerber.

“I think she has so much confidence right now,” the 33-year-old said in her press conference afterwards. “She plays so well, and she served good. I think this is also a big weapon from her.

“She’s just playing really like tricky, as well. She know where to put the ball and how to play in the moments where it’s really important.

“So I think the whole game of hers is really tough, and, you know, that’s why she’s there where she is.”

In their previous encounters, the pair had split the wins evenly – three apiece – and also alternated victories, with Barty winning the most recent match, in the semi-final of Wimbledon earlier this summer.

Kerber has now reached the semi-final of her last three tournaments – and has won 14 of her last 16 matches. Both of her defeats have come against Ashleigh Barty.

The 25-year-old, for her part, was typically understated.

“I feel like it’s been a really nice week of building momentum both kind of in the way I have been playing my matches,” she said afterwards, “and obviously to be in another match playing for a title is really exciting, particularly here at Cincinnati. It’s such a world-class event, an event that’s been going on for years and years. To be able to be playing tomorrow in a final match is really cool.”