Miami Open “feels like home” for World No.1 Ashleigh Barty 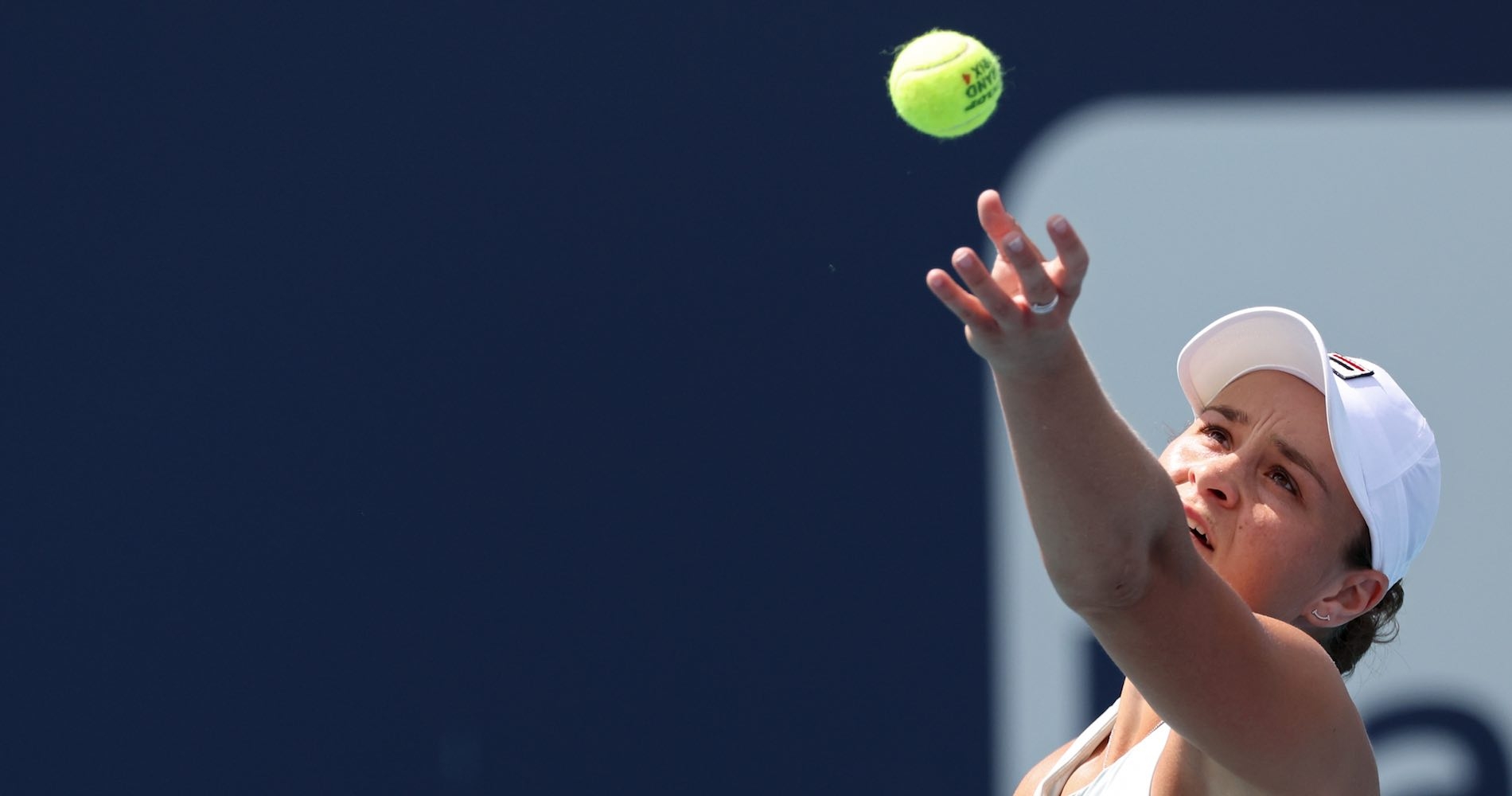 Ashleigh Barty extended her good form at the Miami Open, where she won the tournament in 2019. In the round of 32 she defeated Victoria Azarenka 6-1, 1-6, 6-2 to book her place in the round of 16. In the first set in Miami, Azarenka’s powerful forehand was on full display, however Barty was able to withstand the pressure, utilising her slice to good effect. The Australian sealed the first set with a powerful passing backhand. Azarenka upped the standard in the following set as 11 unforced errors from Barty meant Azarenka took the set 6-1. In a high quality, blockbuster final set, both players showcased their skills, but eventually Barty won as Azarenka volleyed into the net to put the World No.1 into the quarter-finals in Miami

Is there something about Miami or the conditions here that you think is favourable to you?

“I was born and kind of bred in the hot, humid weather. Very much when we come here to Miami it feels like home in a sense where it’s quite familiar. Doesn’t make it any easier, but familiar.”

What would you say was the key to winning today, and especially having to come back from dropping the middle set the way it turned out?

“I think the first two sets probably had some pretty big momentum swings, but I think the third set was a real tussle. Particularly through that middle part I think from 1-All, 2-All, 3-2, those games in the third set turned out to be pivotal, but it was just about staying the course and over time trying to execute my game plan as best I can.”

Was there some element of frustration through this match?

“Of course there is, but frustration is not always a source that’s going to deter me from trying to go about things the right way. So I think, yeah, you have to be able to tip your hat to a champion when she can come up with some of the brilliant stuff that she did. You know, I have the utmost respect for Vika. I know she’s going to fight for every single ball and keep bringing the heat regardless of what the score is.”

Barty : “Roller coasters during a tennis match is enough for me”

What were your emotions as the match progressed? It was like being on the roller coaster at Luna Park, turns and twists, wasn’t it?

“I don’t like roller coasters, so I think roller coasters during a tennis match is enough for me. But I think, you know, playing against Vika you have to be ready right from the first point, and I felt like I did that well in the first set and she gave me a few cheap errors. Then through the second she lifted her intensity. And, you know, I probably wasn’t sharp enough in those first couple of games to be able to go with her, particularly with new balls. When Vika is ahead and she’s a front runner, she’s the very best in the world”

You have won 17 of your last 20 three-setters. In a strange way, do you enjoy going the distance?

“That’s a cool stat. I hope you’re right. They are good stats to have. No, I think it’s just about staying in the fight. It’s about not relenting, not giving up, regardless of whether you lose a set or you’re down a break, whatever it might be. I think it’s just about trying to hang around. I have worked my backside off off the courts to make sure that I feel like I’m in a good physical condition to play tennis and I’m ready to play matches, but it’s just about competing.”

Looking ahead, you’ve got either Vondrousova or Sabalenka, they’re on court right now, very different types of opponents. Can you just talk through the challenges of playing each?

“I think very different matchups but matchups that I enjoy, both of them genuinely, and regardless of who it is, I feel like I will really need to be able to play my best to be able to compete and really stay in it.” 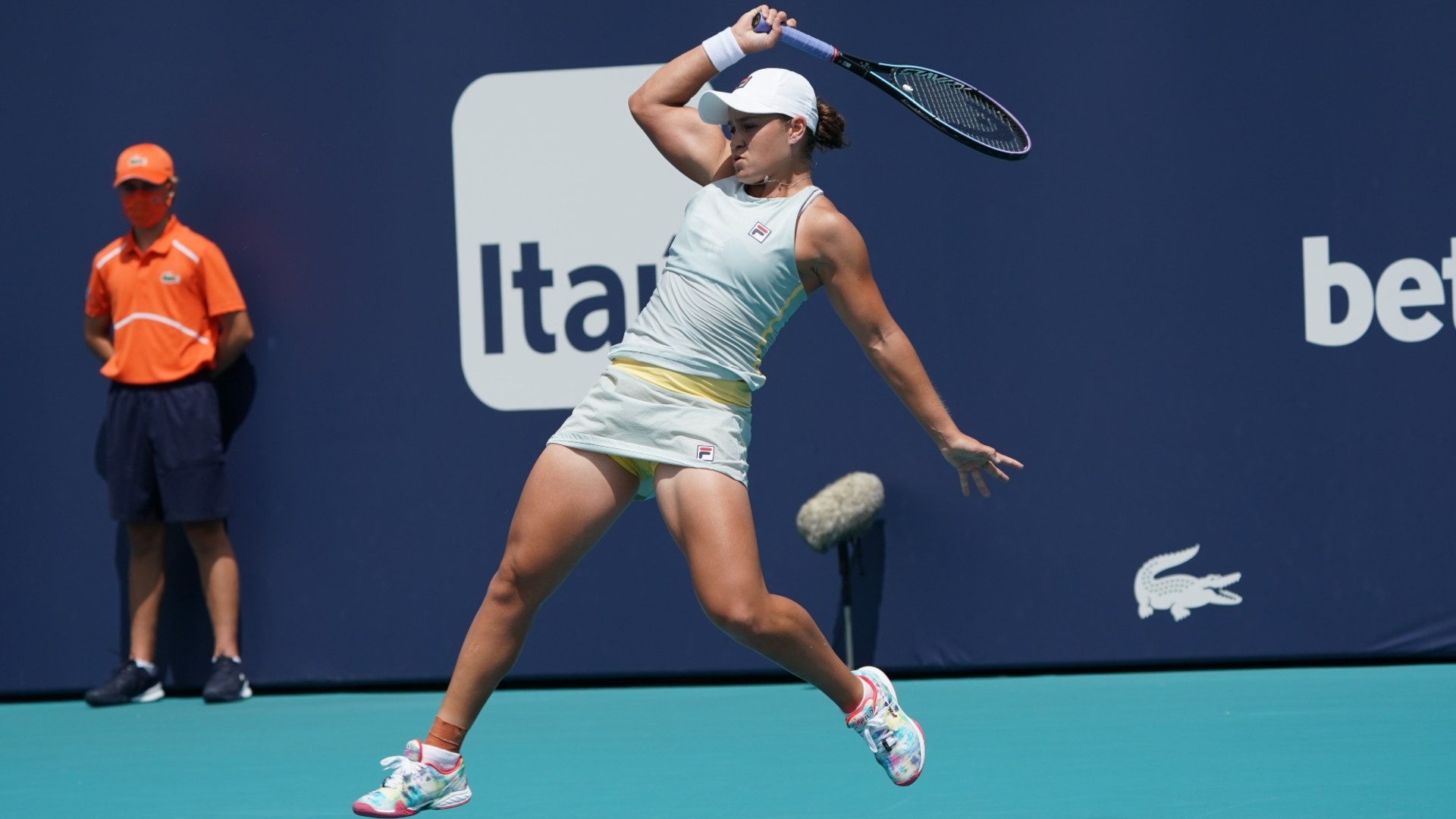