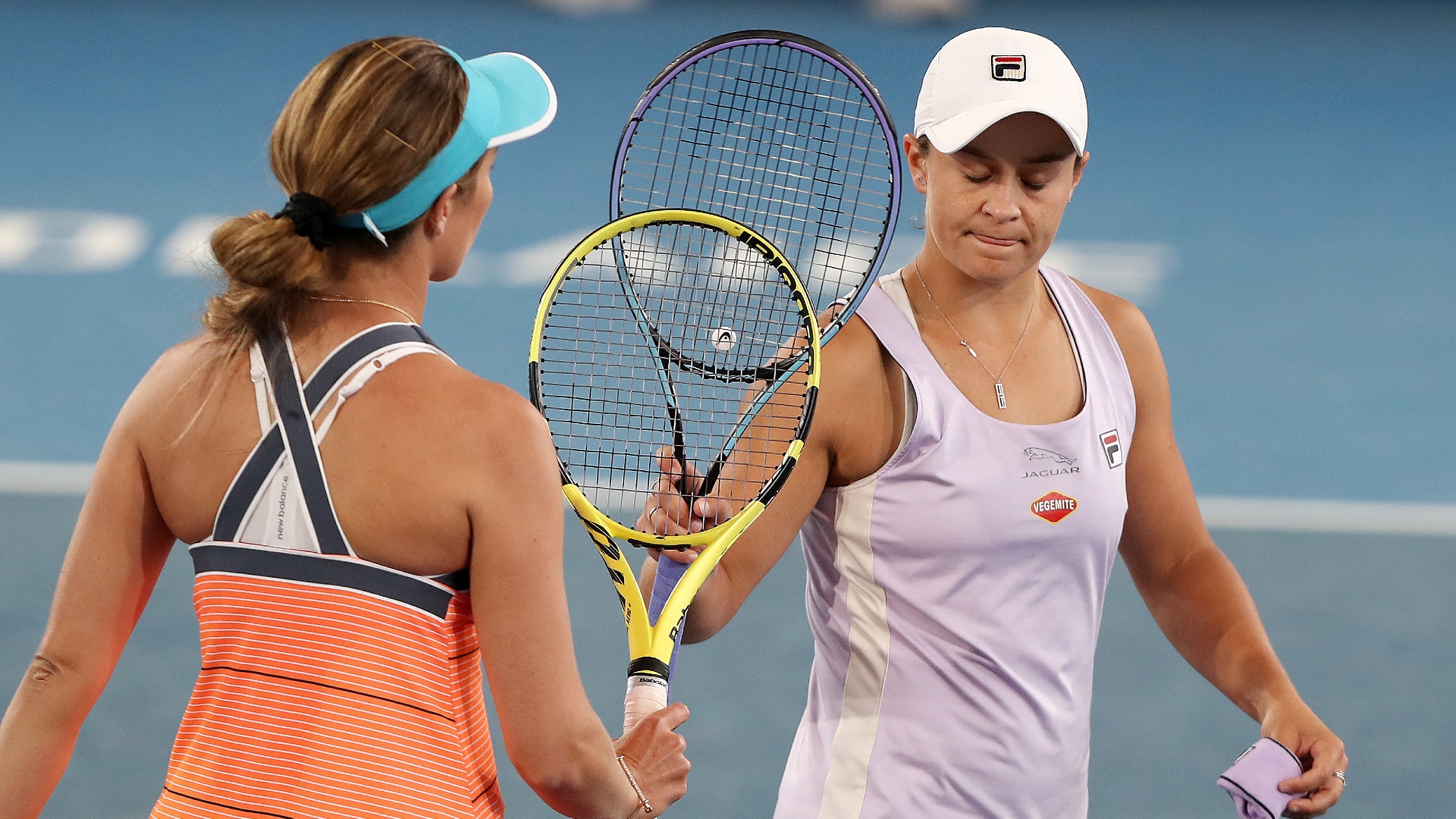 Ash Barty crashed out of the Adelaide International at her first hurdle after going down in straight sets to Danielle Collins.

It took only 65 minutes for American Collins to defeat the defending champion and world number one in a 6-3 6-4 triumph.

Barty, who had a bye in the first round, did have opportunities, breaking in the first game of the match and building a 4-1 lead in the second set.

But on both occasions Collins stormed back, claiming her first win in four attempts against home favourite Barty, who had beaten her in the semi-finals of last year’s tournament.

Mertens injured with a shoulder injury

Second seed Belinda Bencic will face Storm Sanders in the quarter-finals after a 6-1 6-3 win over Misaki Doi.

In a match where she was not quite as dominant as the scoreline suggests, Bencic had to fend off 12 break points but was successful in saving 10 of them.

Number four seed Elise Mertens withdrew before her match with a shoulder injury, so Anastasija Sevastova beat lucky loser Christina McHale to set up a last-eight tie with Jil Teichmann.