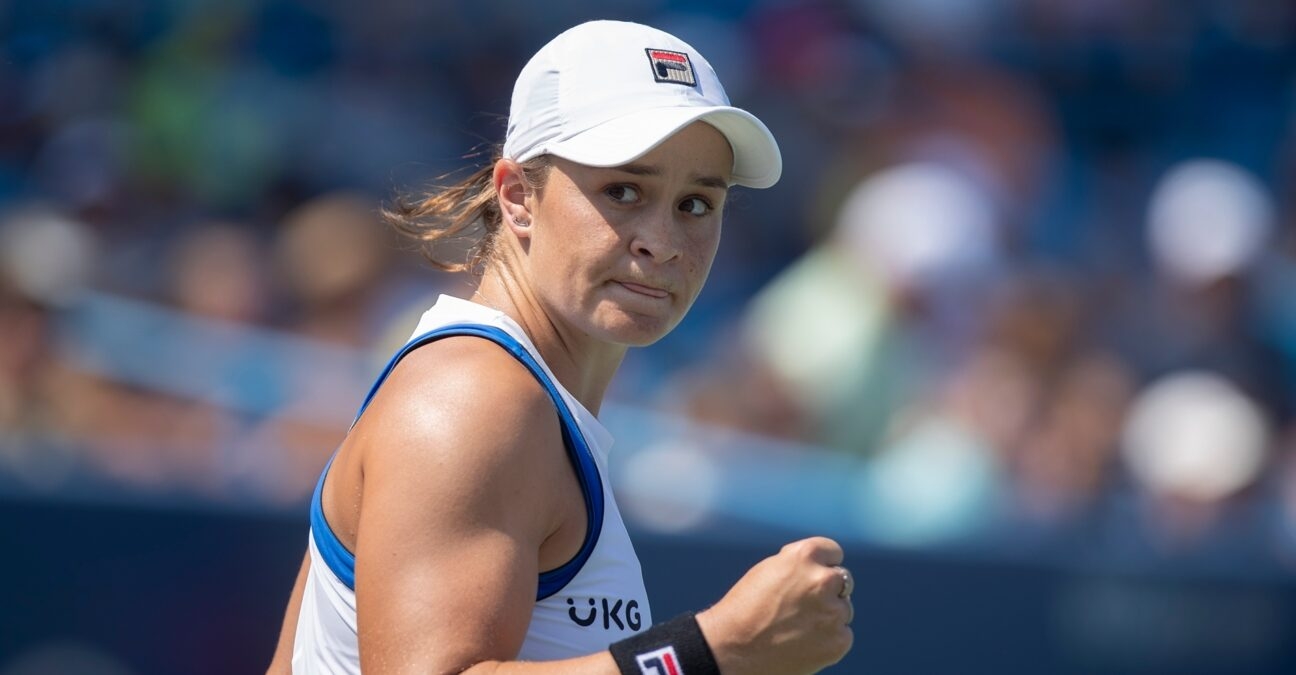 The world No 1 did not drop a set all week en route to lifting the trophy in Cincinnati.

Barty, threatening from the off, got the first break in the eighth game, handing her the chance to serve for the set – which she did in style, wrapping it up with an ace.

And she took control at the start of the second set, breaking the Teichmann serve straight away.

The Swiss then saved three break points but Barty’s great positioning and delicate touch secured the double break, and after that she was mostly unplayable.

In a strange glitch, Barty failed to serve out the match at the first opportunity, with Teichmann taking her second break point chance to get on the board in the second set.

But the Australian broke in the next game to take the championship.

This was Barty’s 19th career singles final – and her sixth in 2021 alone. She becomes the first top seed to win the tournament since Serena Williams managed it in 2015.

There is still plenty for Teichmann to take from the week, despite her disappointment in the final. She knocked out three players ranked in the Top 12 en route to the final – Australian Open champion Naomi Osaka, Olympic gold medallist Belinda Bencic, and then Karolina Pliskova in the semi-final.

She will now move back into the Top 50 of the rankings, projected to rise to world No 45 when the next calculations are confirmed.

And the 24-year-old was quick to praise her opponent during her post-match press conference, saying: “Ash is a really, really complete player. She serves good, very big forehand, her slice, makes you change the rhythm.

“Yeah, I mean, she’s just really complete. She’s an exceptional No 1. I really have to say that.”