Clijsters takes solace in periods of dominance during Muguruza defeat

Garbine Muguruza beat Kim Clijsters in the Belgian’s first match since 2012, but the four-time major champion saw some positives. 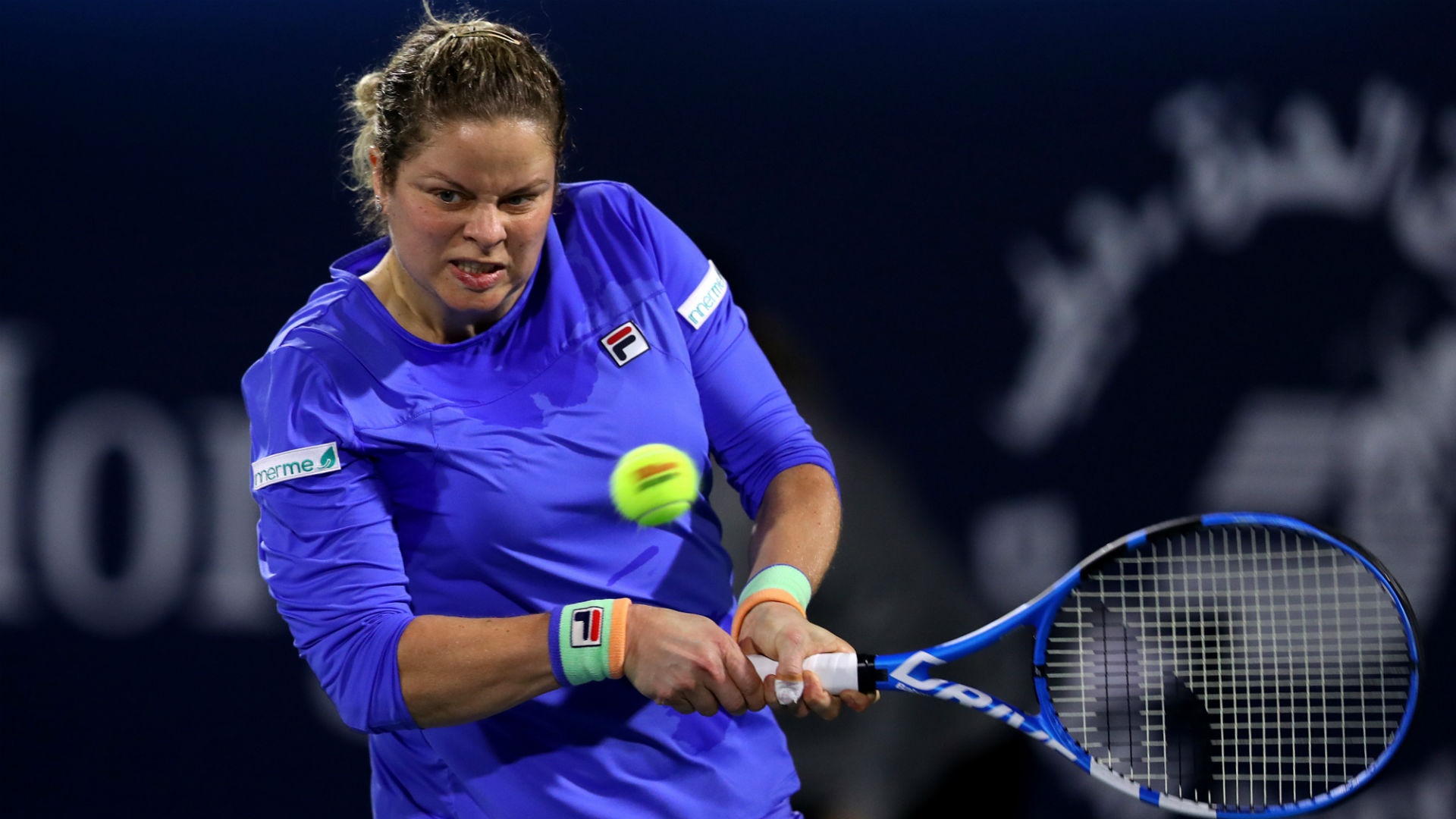 Kim Clijsters took solace in feeling like she had periods of dominance against Garbine Muguruza, who ensured the four-time major champion’s comeback began with a defeat.

Making her first appearance on the WTA Tour since the 2012 US Open, former world number one Clijsters fell to a 6-2 7-6 (8-6) defeat against Australian Open finalist Muguruza in the first round of the Dubai Tennis Championships.

The 36-year-old dropped her first two service games in the second set but managed to get things back on serve and force a tie-break, something she was proud of despite her early exit.

Clijsters said: “I felt obviously the second set was a big difference compared to the first set. My timing in the first set, my footing, just kept looking for it.

“I felt a few times it was there, then it would be off a few points. At times I felt like I was close. I was seeing the ball clear. Just started reading her game better, as well, getting used to her pace a little bit.

“Yeah, second set I felt I was really in the match. I felt like for a while I was dominating some of the points.

“I think that’s a good feeling to have, knowing the way I started the first set and then the way I was able to get back into that second set, with the type of tennis I played, it’s something that is the positive about this match. I’ll take that with me for the next matches.

“I had a good feeling out there. I do feel a little bit of, I’m not going to say relief, but a feeling that the pace I can handle.”

What a match @GarbiMuguruza advances to the next round after defeating former World No.1 Kim Clijsters, 6-2, 7-6(6) #DDFTennis pic.twitter.com/5vg9G5Zgqi

Muguruza accepted she went into the match completely unsure of what to expect, with Clijsters representing something of an unknown quantity, though she is now anticipating the Belgian to cause problems for plenty of players.

“I think she played very well, especially in the second set at the end,” Muguruza said. “It was very tight.

“I think this is just special because I didn’t know how [Clijsters was] going to play. I know she can play incredible – she did at some point play [at an] incredible level. I haven’t seen her play in so long, so it’s like, ‘Okay, what’s going to happen?’

“I’m sure she’s going to get better and better, for sure, [and] give us a lot of trouble.”

Clijsters’ fellow Belgian Elise Mertens was in action earlier in the day and had significantly fewer issues, cruising past Wang Qiang in straight sets.

Mertens needed a little over an hour to secure her progression, ultimately running out a comfortable 6-3 6-0 victor – winning the second set in just 25 minutes.

The Tunisian, who is ranked 45th in the world, eventually came out on top and owed much to her ability to hit a winner, outscoring Riske 28 to 11 in that metric as she claimed a seventh career win over a top-20 opponent.

Barbora Strycova came through a lengthy encounter with 18-year-old Amanda Animisova, beating the American 6-3 (7-3) 2-6 6-4 over two hours and 33 minutes, taking advantage of her opponent’s proneness to errors.

Marketa Vondrousova was the highest-ranked player in action on Tuesday, and she dispatched Anastasija Sevastova with relative ease, winning 6-3 6-2.