The Pole came from 4-1, 40-0 down in the final set to deny Heather Watson in Eastbourne 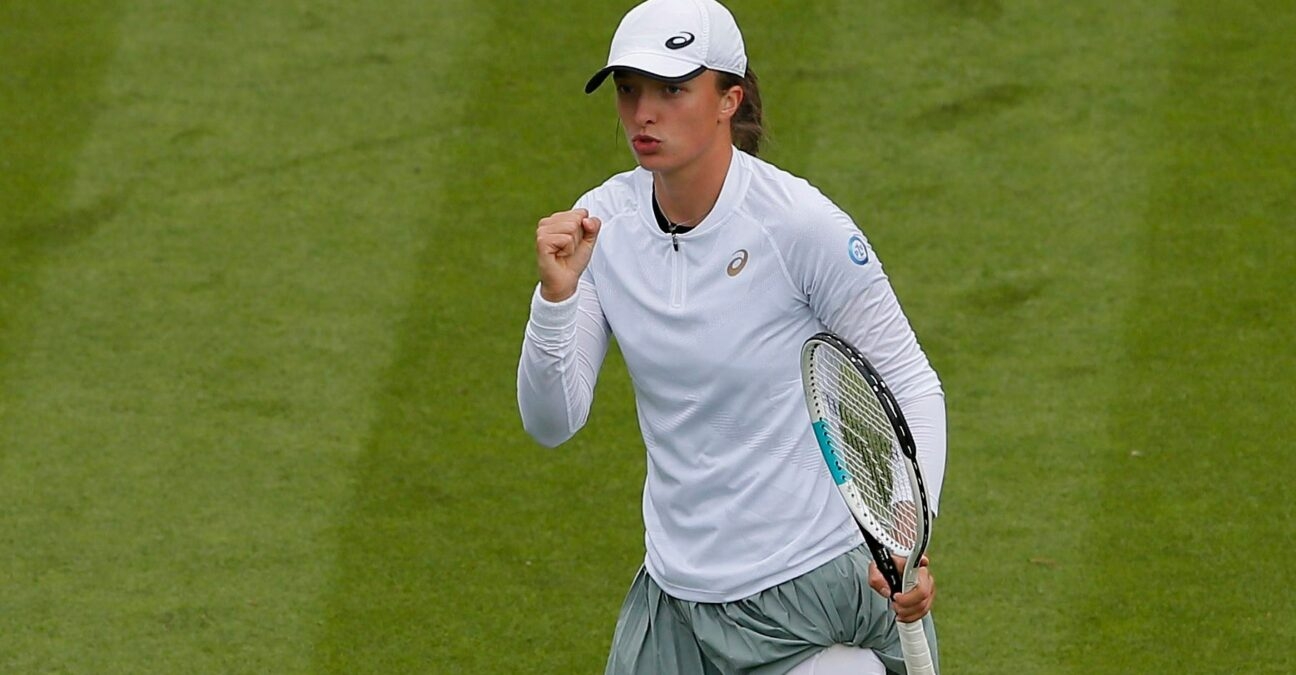 Iga Swiatek may be a Grand Slam champion but until Tuesday, the 20-year-old had never won a match on grass.

The Pole rectified that blank spot in her resume with a brilliant recovery in the final set as she came from 4-1, 40-0 down on the Heather Watson serve to deny the Briton, clinching a 6-3, 6-7 (4), 7-5 win in the first round of the Viking International in Eastbourne.

As a former junior Wimbledon champion, a lot is expected of last year’s Roland-Garros champion but the way she celebrated at the end suggested grass is still a learning process for her.

“I have a kind of love-hate relationship with grass,” Swiatek said. “Winning every match is going to give me a lot of confidence, especially against such an experienced player.

“It’s amazing, actually, because this is basically my first ever win on grass in main draw. I’m not used to it yet but I think I can play well on grass.”

Swiatek will play last week’s runner-up in Birmingham, Daria Kasatkina, in round two.