Give Coco Gauff two minutes and she’ll change the world

16-year-old Coco Gauff said she would use her platform to make the world a better place and she has made good on the promise. The American talks about what she’s learned from the experience and how she made her speech to peaceful protesters in Florida on short notice. 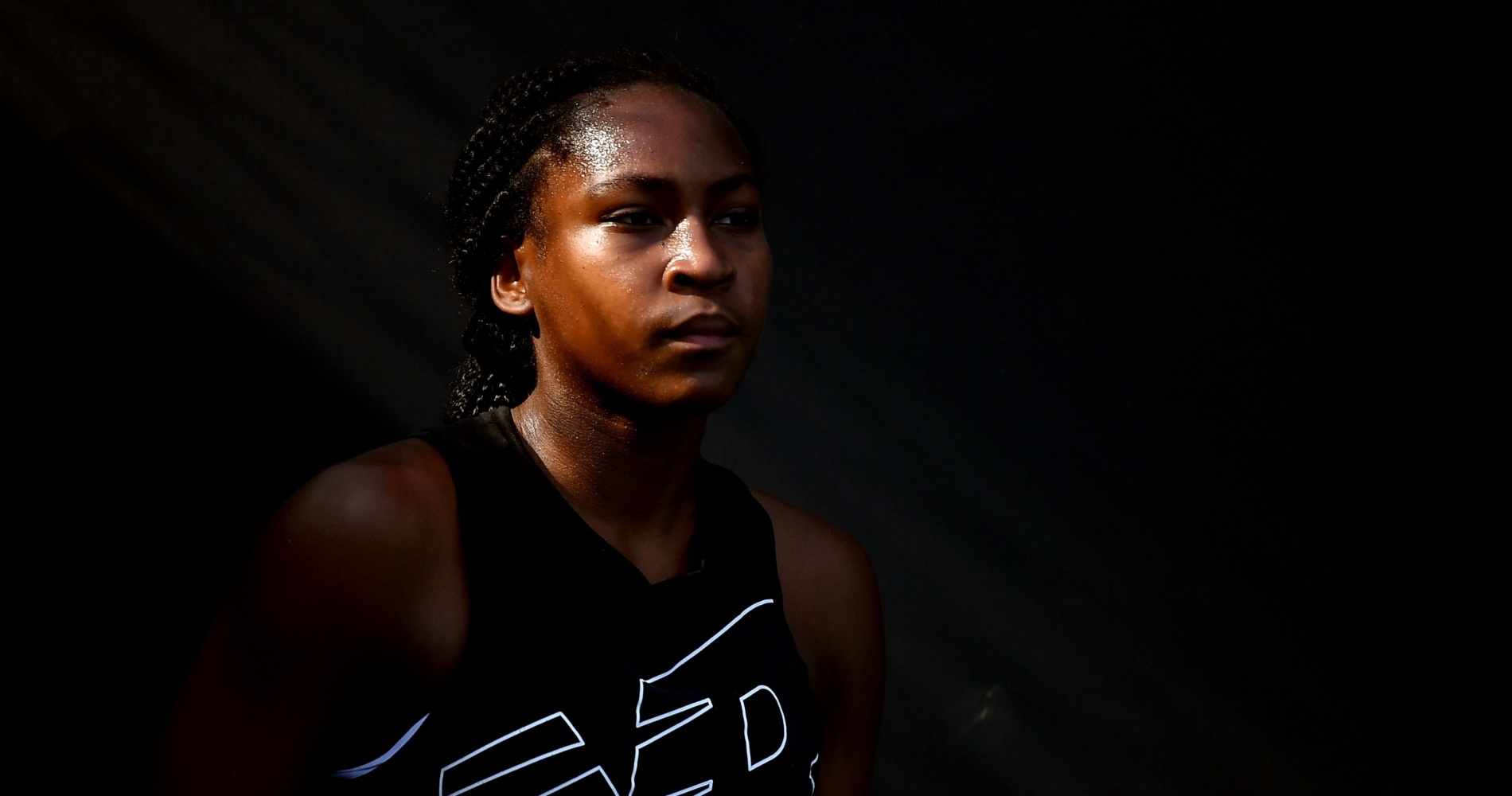 In a little over a year, Coco Gauff has gone from an aspiring junior with big dreams to a bona fide WTA pro that is a threat to the tour’s current status quo. The 16-year-old is a precocious kid and a fast learner on the tennis court; the same holds true for her off the court and especially when it comes to one of her biggest passions: using her voice to inspire and educate others on the #BlackLivesMatter movement and racial justice.

Remarkably, the 16-year-old American explained that the speech she gave to a crowd of peaceful protesters in early June was entirely unplanned.

No script, no practice, all heart.

“I wasn’t initially supposed to do a speech,” she told reporters in a virtual press conference at the Top Seed Open in Lexington, Kentucky on Sunday. “They asked me like maybe two minutes before to do so.”

“I was talking off the cuff. I was nervous, because, in the video you can’t see, there were quite a few people there, and my grandmother went before me and she’s like really good at those types of things, so I had to follow up after her which is really tough, but I would say it was just definitely from the heart and I think when you speak from the heart you get the message that you want.”

Gauff looks back on that moment fondly. She told reporters about what it was like to follow her grandmother, who was at the podium moments before she made her speech.

“I would say why I felt calm is because of my grandmother,” Gauff explained. “She’s taught me a lot over the years; my grandmother was the first to integrate Seacrest High School in Florida, so I learned a lot about her stories over the years and I felt like that kind of prepared me for that moment.”

Gauff has already started to recognize the fact that her growing social media influence comes with a certain responsibility. It’s not something that many 16-year-old kids would pay heed to, but Gauff isn’t your run of the mill teen.

“I also felt responsible, since I do have a big platform, that it would be wrong of me to stay silent when this is obviously an issue going on,” Gauff states, “so I felt the need to use my platform to just spread awareness about the topic and educate people about it.” 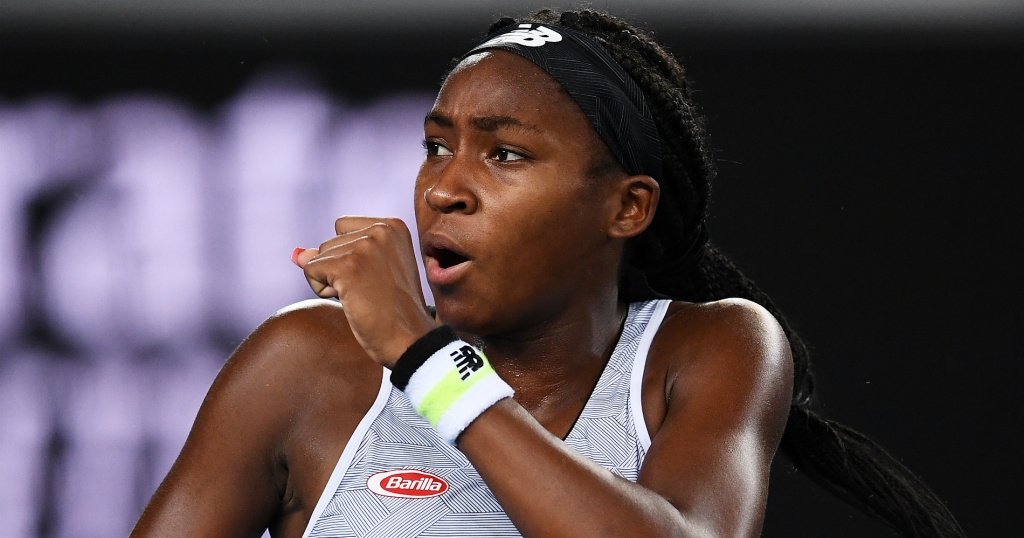 A promise, and a follow-through

Almost immediately after George Floyd’s death in May there came a surprise on Gauff’s social media. Just one day after she had posted a giddy video of herself participating in the #WipeItDownChallenge, Gauff was in a much more serious mood.

“I promise to always use my platform to help make the world a better place,” she wrote on Twitter.

I promise to always use my platform to help make the world a better place.

From that moment forward, the American has been a woman on a mission. And by doing so she has become one of the most important voices coming from the sport of tennis.

She says she has always been passionate about racial equality and affecting change, thanks to her parents and grandmother. When the tipping point came and America was reeling from Floyd’s brutal murder at the hands of a policeman in Minneapolis, Gauff was ready to become a vital part of the conversation.

“I definitely think George Floyd, at least for the world, opened a lot of people’s eyes, but I feel like this topic has been close to me ever since I was a kid just because my parents have always talked to me about it, and I think that I was able to finally be able to put it into words, because obviously to talk about an issue like this you need to be very educated on the topic to make sure you don’t say the wrong words. I felt like that was when I was actually ready to speak out about it because I actually knew a lot about it,” she said.

Once Gauff put the wheels in motion, her sponsors jumped on board. The American speaks of brand synergy and reciprocation, and says she was comforted to know that her sponsors support her aspirations.

“I think that a lot of people were motivated by my speech and same with New Balance, Barilla, Rolex, Microsoft, Head, all my sponsors,” she said. “Immediately after they saw the video they all messaged me and told me how proud they were of me and they also reached out and asked what they can do to help me.”

We likely haven’t heard the last from Gauff the social justice advocate, but for now she must settle back into tennis. She’ll take part in the Top Seed Open in Lexington, Kentucky next week (main draw play starts Monday August 10), hoping to build some momentum as she, along with the rest of the WTA, attempts to move forward in the new normal.

Gauff said she spent her time away from the tour working on improving her returns and second serve, and for fun she did a lot of jet-skiing with her family. When asked if she turned those sessions into competitions, she said that her dad always took the better jet ski, so no.

Many believe that the world No 52 is ticketed for big things in the sport. Grand Slam titles, Olympic gold medals – the sky’s the limit – but Gauff is eager to simply embrace the competition and enjoy the feeling of being back on court again. She’d rather not worry about rankings or results at the moment, she just wants to play.

“I think my goal for the rest of the year is to have fun competing again and really enjoy competing because I think when I’m not so worried about results or ranking, I think that’s when I play my best tennis,” she said. “So really this whole week, and the whole training block, when we found out there was tournaments again, [the goal] has been to continue to improve and when it’s time for me to get the chance to play, just have fun on the court and I think we’ll see next week when the tournament starts how this goes.”