Halep lifts her 20th trophy after battling against Rybakina 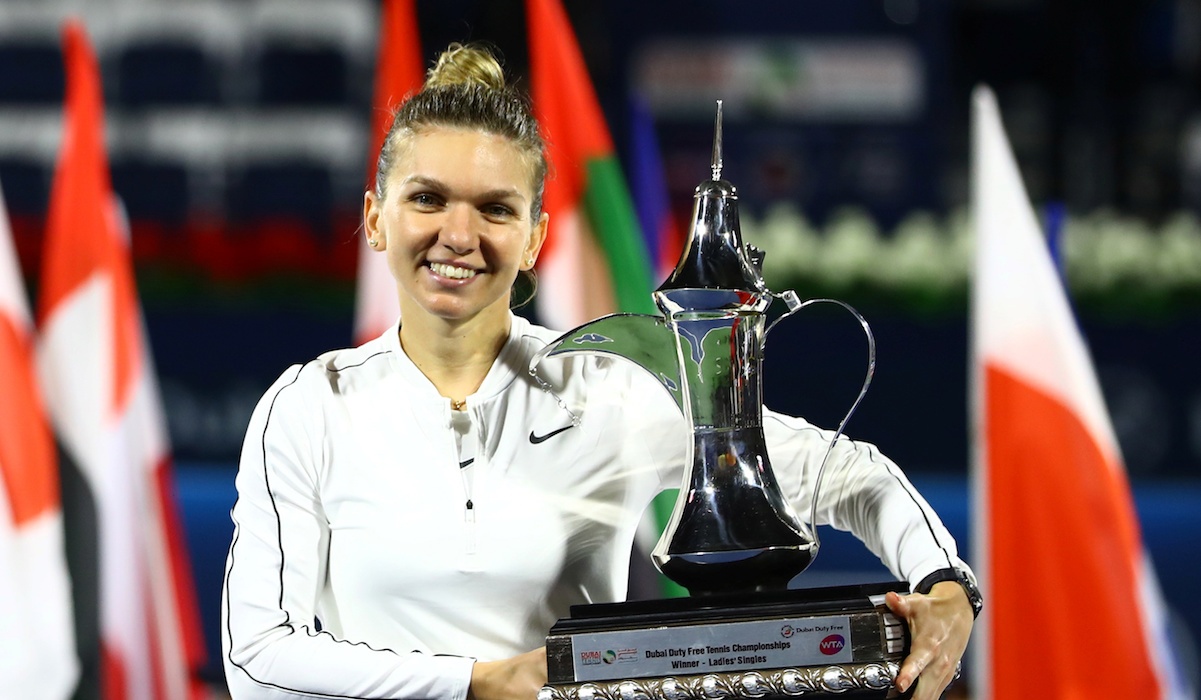 She was dominated for much of the match, but Simona Halep showed a huge heart and a splendid fighting-spirit to prevail in the final against Elena Rybakina (3-6, 6-3, 7-6(5)) in Dubai.

Down 1-3 in the third set, then failing to close out the match on her serve at 5-6, Halep often got annoyed but never let her frustration take over. She yelled to her coach, she yelled at herself but she kept fighting. And between this attitude and her experience, she found a way to get the better of Rybakina who 20 years old only started to show in the third set.

For her fourth (!!) final of the season, the 19th player in the world again showed why she should be a top player very soon: her serve is massive in its accuracy and weight of ball, her power from the baseline is immense, her ability to take the ball early from both wings too. And she has tremendous guts.

Sure, her footwork can get better, a second serve too and her tactical choices, but she’s already playing like a Top 5 player. If she doesn’t go crazy with her schedule, she could go on making lots of damages this year.

"You just have to fight for every ball – which I did!"

Halep, semi-finalist in Melbourne, seemed to struggle physically this week (back, foot) but she refused to give up. As always with her, once she’s in a fight, she’s not going to let it go. Already out of Doha before playing that final, she knew she could just give everything what’s left in the tank without worrying about the state of her body next week.

She did everything this week: winning ugly, winning brilliantly, fighting her heart out. In the end, she did what champions do: she found a way to win, no matter how.