Miami Open champion Barty kicks off her clay-court campaign at Charleston on Wednesday and will also play Stuttgart, Madrid, Rome and Roland Garros before the grass-court season 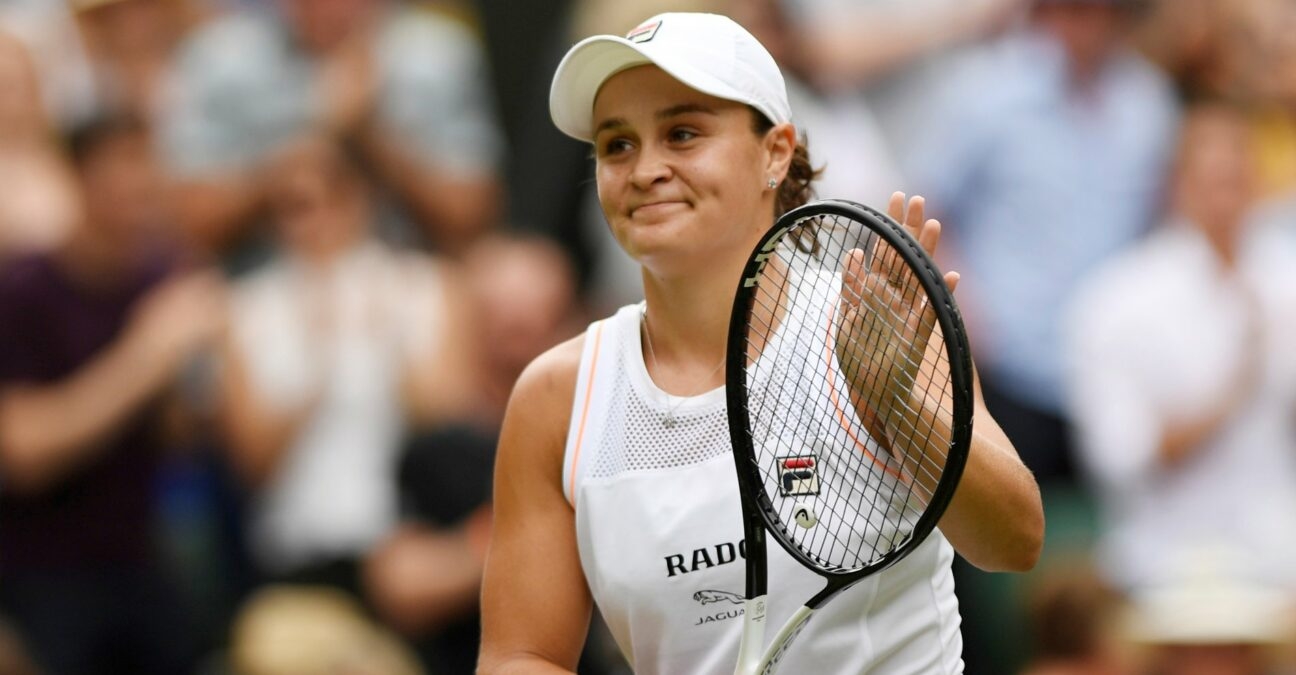 World No 1 Ash Barty revealed that she is looking forward to the upcoming clay-court and grass-court stretch, and hopes to be able to compete in a safe environment.

Barty, who turns 25 years old later this month, won the Miami Open over the weekend to win her second title of the season and defend the Miami crown she won in 2019.

Read also – Barty: “I deserve the first place and I have nothing to prove”

Having not played any tournaments after the tour resumed in August last year, Barty plans to remain on the road for most of 2021. After competing at home in February, Barty left for the United States to play in Miami and Charleston and intends to remain in Europe for the upcoming clay-court and grass-court stretch. With the Tokyo Olympics and the US Open scheduled after Wimbledon, it could be a while before Barty goes back to Australia.

Barty, who won her only Grand Slam singles title at the 2019 Roland-Garros, kicks off her clay-court campaign at this week’s Volvo Car Open in Charleston where she has a bye in the first round and will meet Misaki Doi, who overcame Yaroslava Shvedova 6-3, 6-3, in the second round on Wednesday.

“Stuttgart is a new tournament for me. Madrid, I love playing there, and obviously, Rome is a beautiful city before we go into Paris (Roland-Garros, May 24 – June 6 if it is not postponed, editor note). Hopefully, touch wood, all the cities can stay safe and we can play environments where we are safe and can go out there and do what we love doing.”

Having tasted success on the red dirt in Paris two years ago, Ash Barty said that the lessons she learnt during her 2019 clay-court campaign will hold her in good stead in the coming months. Barty reached the quarter-final in Madrid in 2019, and the round of 16 in Rome, before embarking on her run to her maiden Grand Slam singles title in Paris.

“I think probably in 2019, throughout each week that I played, I felt like I got better and better on the clay and obviously grew in confidence and grew in experience,” the world No 1 added.

“I think, you know, it doesn’t always end up with positive results, but I think the lessons that I learnt throughout the 2019 season will definitely hold me in good stead going into this year. If it turns out we have a great clay-court season, that’s fantastic, and if we don’t, then it’s not the end of the world.”

Speaking to the media in Charleston on Monday, Barty spoke about taking time to find her groove on the European clay during the first few years of her career due to her inexperience on the surface.

“For a lot of my career, I was just unfamiliar with clay. It’s not super super common in Australia to play on clay, particularly European clay is very different to anything we get in Australia. Our climate changes quite dramatically. It’s hard to nurse sometimes (the) European clay. I know throughout Australia they’ve tested with French clay, Italian clay, trying to get it into Australia but it plays differently without a doubt,” Barty said.

“Counting down the days to the grass season” – Ash Barty

With her varied game, consisting of a big serve, heavy groundstrokes, a backhand slice and the ability to attack the net, Ash Barty’s game seems like it has been made for grass, as well. While she has won 2 WTA titles on the surface (2018 Nottingham, and 2019 Birmingham, also reached the 2017 Birmingham final), the Australian has yet to go deep at the All England Club.

After opening-round exits at Wimbledon in 2012 and 2017, the Australian reached the third-round in 2018 and the fourth-round in 2019. Given her love for playing attacking tennis and coming from Australia, where Wimbledon is widely considered as the most prestigious tournament, it comes as no surprise that Barty can’t wait for the grass-court season to start.

“I’m still counting down the days to the grass season,” the Australian had said in Miami.

Barty further spoke about her special memories at Wimbledon and the tournament’s special significance for Australian tennis in Charleston ahead of her clash against the 77th ranked Doi.

“Wimbledon is an extremely special place. I have so many memories that come to mind. Making the (doubles) final with Casey (Dellacqua) was incredible, it was heartbreak at the same time, but it was one of my favourite memories. Obviously, junior Wimbledon was very kind to me. A couple of years ago, I was fortunate enough to play my first singles match on Centre Court. It was remarkable.”

“Also the history that’s linked to Wimbledon, particularly for Australian tennis. To know how much of an impact it has on sport all around the globe is really special and to know that we are a very, very small part of that history is quite remarkable.”

While the other majors have seen several first-time Grand Slam winners in recent years, the last time a woman player captured their first Grand Slam at the All-England Club came in 2013 when Frenchwoman Marion Bartoli accomplished the feat. When asked about this, Barty attributed the same to the uniqueness of the grass at Wimbledon and also the short window during which the grass-court events are held on the tennis tour.

“I think obviously grass court tennis is very unique, very different. A lot of the times players aren’t playing on grass until kind of that lead-up to Wimbledon. It’s only a month out of the year we are actually on grass courts. You see a lot of the time it almost takes time to get used to the courts, particularly at Wimbledon, they are a little bit different,” Barty said in Miami.

The road to a first Wimbledon singles title is going to be anything but easy for Barty. The All England Club remains Serena Williams‘ best chance to win her 24th Grand Slam singles title. Defending champion Simona Halep will not give up her Wimbledon crown without a tough fight, and Naomi Osaka has also talked about wanting to play well on grass this year.

Then there is also two-time winner Petra Kvitova and as well as former winners Garbine Muguruza (who has one 1 title and reached 2 more finals in 2021), Angelique Kerber and Venus Williams to contend with.

“Wimbledon, I mean, it’s just an incredible place and I think there is so much history there. I think sometimes experience prevails a lot of the time, and it’s just a very unique place and I think probably a tough one to adjust to the conditions as quickly as maybe some of the other slams.”