The 2020 French Open champion enjoyed a successful time in Australia, reaching round 4 at the Australian Open before winning her first hard court title at the Adelaide International. 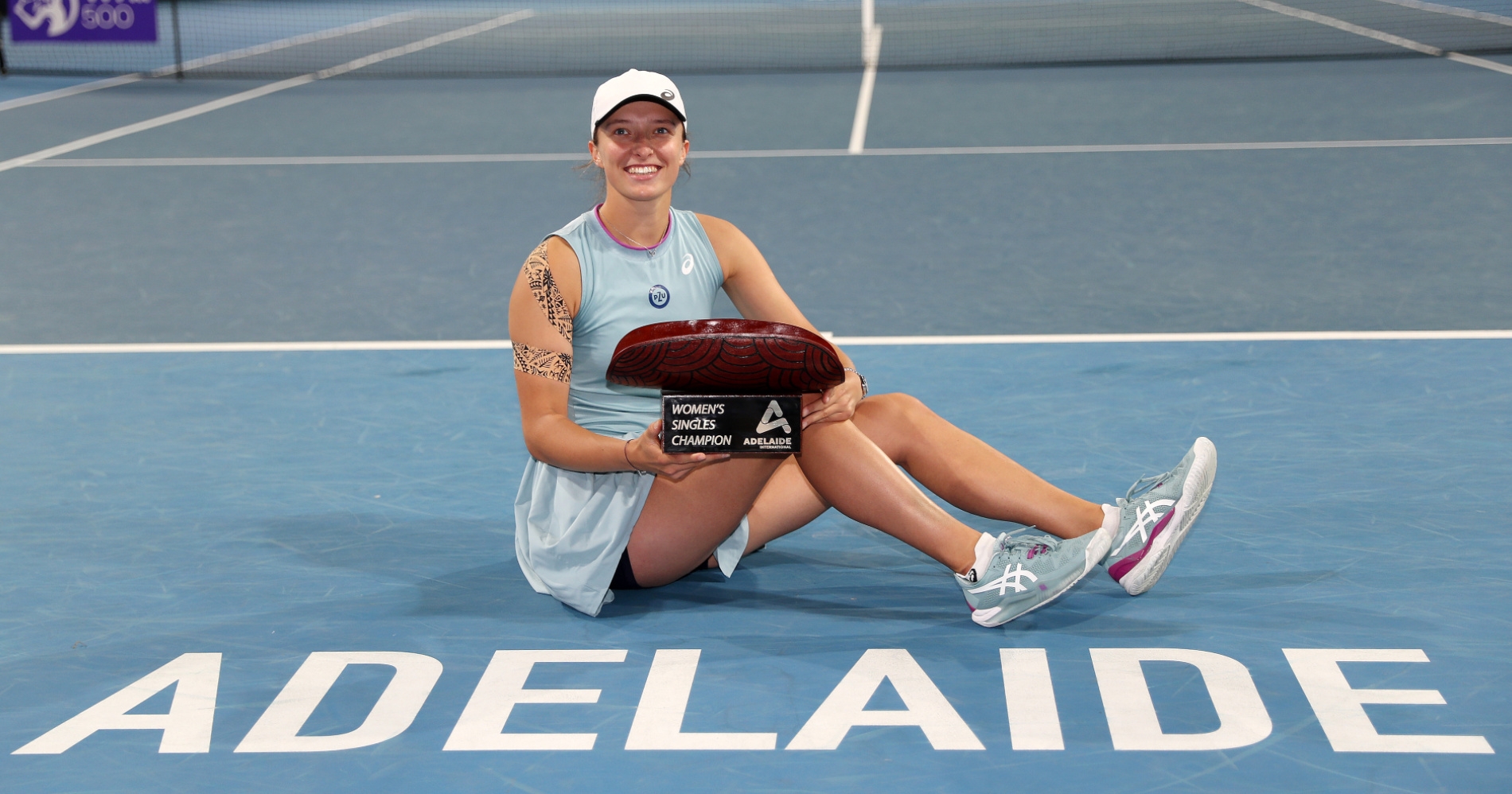 Iga Swiatek defeated second seed Belinda Bencic (6-2, 6-2) in the Adelaide International to achieve the second title of her career. It was a comfortable victory in the final and showcased her increased consistency and confidence on hard courts. Swiatek did not drop a set all week and was dominant throughout her journey to the title.

A second career title for @iga_swiatek as she defeats Bencic 6-2, 6-2 to secure the @AdelaideTennis women’s singles title! 🏆 pic.twitter.com/wtiso8yrYr

After her second title was secured she talked about her time in Australia and her prospects for the rest of 2021.

“It’s good for me because I can see that I can play good tennis for the whole week. It wasn’t like one time during the French Open. It gives me more confidence that I’m a more developed player and I can play good more often.”

“My goal for 2020 was to be top 10. Everything changed since we have the pandemic and the rankings are frozen.”

“Right now I’m just not looking at it, not comparing myself to other players. I’m just doing my job.  We going to see how it’s going to go with all the changes. Maybe March it’s going to be unfrozen.”

As Iga Swiatek only burst onto the scene in the 2019 her results since then mean that, aside from victory at Roland-Garros, she only has limited points to defend. If she continues to win WTA events like the Adelaide International, she will shoot up the rankings. At the moment the teenager is ranked at 18 in the world but at the end of 2019 she was ranked 61. This rapid increase will only continue if Swiatek continues her positive development on all courts.

The Polish 19-year-old won her first career Grand Slam in October 2020, with victory at Roland Garros. She beat Sofia Kenin 6-4, 6-1 to claim an unexpected maiden title, including a statement victory over tournament favourite Sofia Halep. This victory came on clay courts, and it was not until her victory in Adelaide that she showed she can compete at the top level on all courts. In the past, she has struggled on hard courts, having not made it past the round of 32 of the Australian Open until 2020. Her performance at the Australian Open this year means she has made the round of 16 in consecutive years in Melbourne. The development outside of the clay court competitions promises to increase her chances of winning more titles in 2021.