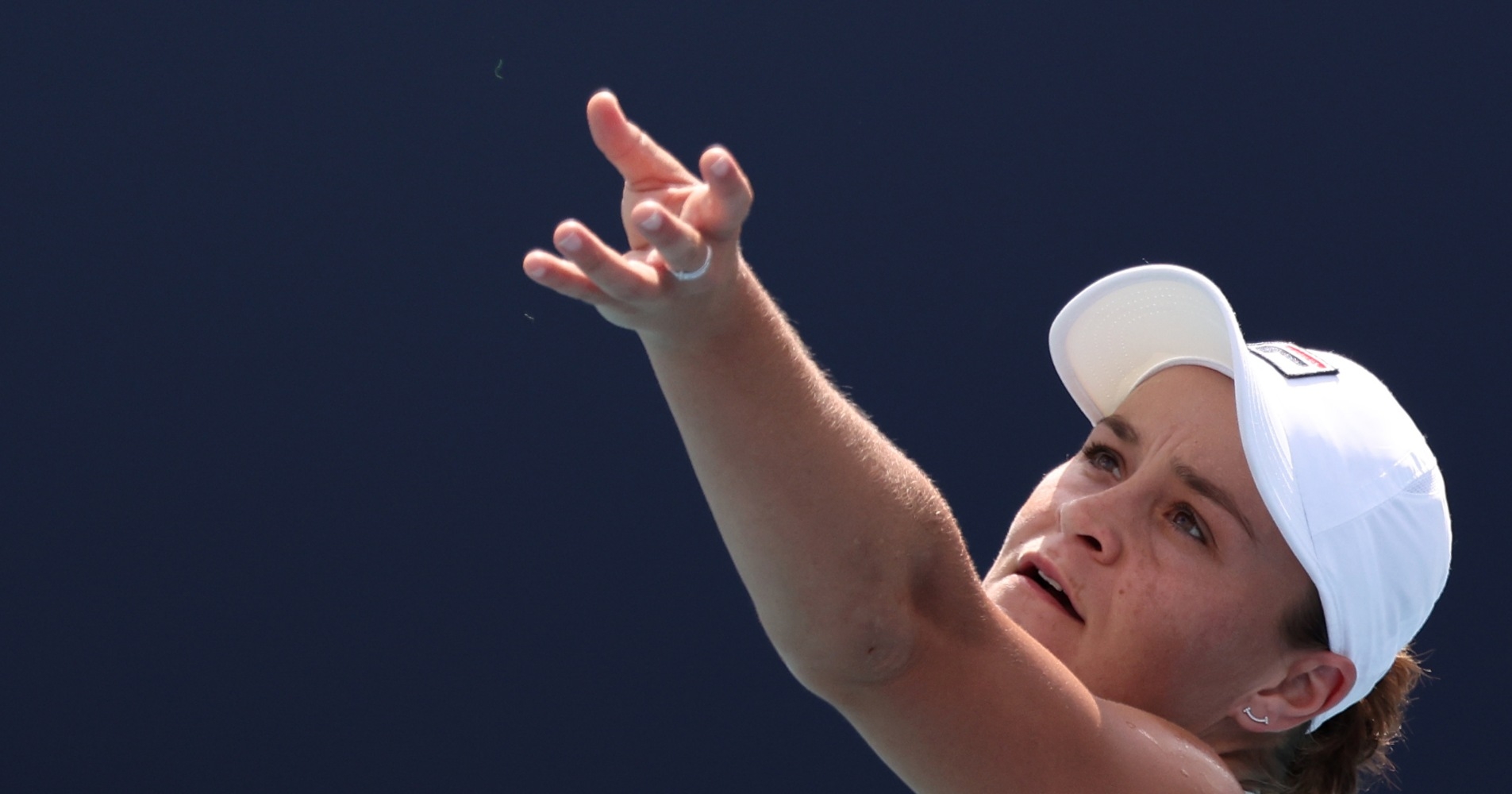 Top seed Ashleigh Barty moved into the quarter-finals of the Volvo Car Open in Charleston with a three-set win over Shelby Rogers while two-time Grand Slam winners Petra Kvitova and Garbine Muguruza exited in the round of 16 on Thursday.

Barty won 82 percent of first-serve points and sent down 10 aces to get the edge on the American, who saved eight of 13 break points throughout the match.

“Shelby was able to control the centre of the court for a lot of the match. It was about trying to get control when I could. She’s an exceptional player, it’s always a fight no matter what surface or where we are in the world. It’s always one that I enjoy.”

The No.1 seed moves on with an ace @ashbarty secures the last spot in the quarterfinals defeating Rogers, 7-6(3), 4-6, 6-4.#VolvoCarOpen pic.twitter.com/iAoZjtkZSe

Barty will play Paula Badosa, ranked 71st in the world, for a spot in the semi-finals after the Spaniard beat Caty McNally 6-3 6-3.

Kvitova and Muguruza bow out of Charleston

Third seed Kvitova was one of the two major casualties on Thursday, losing 6-4, 6-1 to Montenegrin Danka Kovinic.

The first set was tightly fought before Kovinic pulled away as Kvitova‘s errors mounted.

“We both have pretty big serves and she’s very good hitting from the baseline,” Kovinic said after the match. “Today it was the key that I tried, and did it really well, to take her pace of the ball and use her energy.”

Another upset in Charleston!

🇲🇪 @DankaKovinic takes down No.3 seed Kvitova to reach the #VolvoCarOpen quarterfinals for a second time pic.twitter.com/1CnwhZMpYB

Muguruza laboured for a few games after a medical time-out before retiring with a left leg injury. Putintseva will next face Kovinic for a spot in the last four.

Up 6-0, 2-2, Muguruza is forced to retire through injury 🤕@PutintsevaYulia progresses to the #VolvoCarOpen quarterfinals ➡️ pic.twitter.com/M37KuZYhlR

Meanwhile, at the Copa Colsanitas in Bogota, seventh seed Tereza Martincova was knocked out, going down 6-3, 6-3 to Colombian teenager Maria Osorio Serrano in the second round.

On the outdoor clay courts, fifth seed Tamara Zidansek moved into the quarter-finals with a 6-2, 6-3 win over Giulia Gatto-Monticone, who scored a controversial win over Astra Sharma in the previous round, while Harmony Tan beat Daniela Seguel.