Barty stays on track in Miami after sizzling duel with Sabalenka 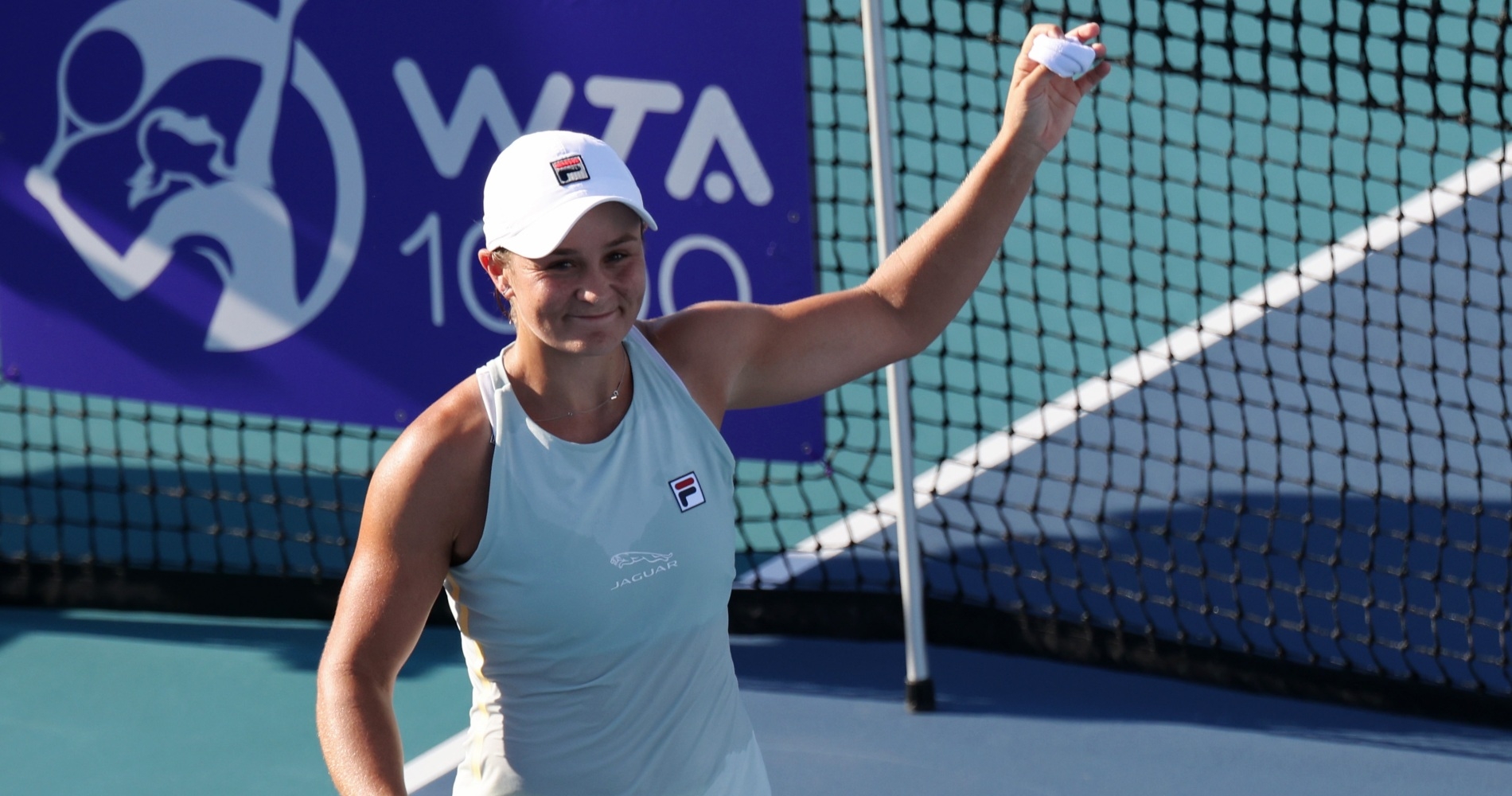 World No 1 Ash Barty saved seven break points in a two-and-a-half hour quarter-final battle against Aryna Sabalenka at the Miami Open – and came through 6-4, 6-7(5), 6-3.

The 24-year-old is now one step closer to ensuring she stays on top of the rankings at the end of the tournament – – which she will confirm if she reaches the final.

And she is also one step closer to defending the title that she won in 2019 by beating Karolina Pliskova 7-6(1), 6-3 in the final. Barty will face fifth seed Elina Svitolina, who beat Anastasija Sevastova, in the semi-finals.

But Barty rejected the idea that she is under extra pressure.

“It’s an amazing thing to be No 1 in the world at the moment, but I promise you that’s not what makes me happy. That’s not what makes me a happy person. Whether I’m No 1 or No.10 or I’m anything in between or whatever number it is, that number for me doesn’t determine if I’m a happy person or a happy tennis player. I come out here and I just work hard. I try and do the best that I can. I know that if I do that I sleep well at night and the sun comes up tomorrow. I mean, it’s a focus of course. I want to try to do the best that I can, but it’s not a distraction or a pressure in any way.”

In sweltering heat and draining humidity, the Belarussian faded in the third set, struggling physically and looking frustrated at her reduced ability to compete.

But she had used her frustration to good effect in the second set, having smashed her racquet in rage after losing the first.

Barty had the match on her own racquet in the second-set tie-break but her opponent won three points in a row to force a decider.

Sabalenka’s statistics were not unimpressive. She served 12 aces (along with seven double faults), and hitting 40 winners alongside 47 unforced errors.

But tellingly, she did not win a single one of her break opportunities – whereas Barty took two of her four chances.

In the second quarter-final of the day, fifth-seeded Sivtolina scored a comprehensive 6-3, 6-2 win over unseeded Sevastova. Svitolina needed only 69 minutes to win the match and reach her first semi-final at the Miami Open.

Although she is ranked lower than the Australian, Svitolina owns a 5-1 lead over Barty in their head-to-head meetings.

Despite her good record against Barty, the 26-year-old from Ukraine knows she will have her work cut out against the defending Miami champion.

“I know Ash for a long time and we’ve played many times before,” Svitolina said as quoted by the WTA Tour. “She’s No.1 and it’s an amazing achievement for her. She’s improved massively in the last three, four years and she’s been at the top of the women’s game. It’s going to be a challenging match, but I’m ready for it.”

Into her first #MiamiOpen semifinal! ✨

The No.5 seed @ElinaSvitolina secures her spot after defeating Sevastova, 6-3, 6-2. pic.twitter.com/yo3lNPwW6y

Barty did win their most recent encounter though, which came in the championship match of the WTA Finals in 2019 and the Ukrainian says she will be looking for revenge when they take to the court in Miami.