Home » News » WTA » Naomi Osaka: From a shy champion to a role model and leader

Naomi Osaka: From a shy champion to a role model and leader

Wednesday evening, Naomi Osaka announced her withdrawal from the Cincinnati tournament to protest against police violence committed in the United States. Previously silent off the courts, the world number 10 has been ardently defending her convictions for a few months. 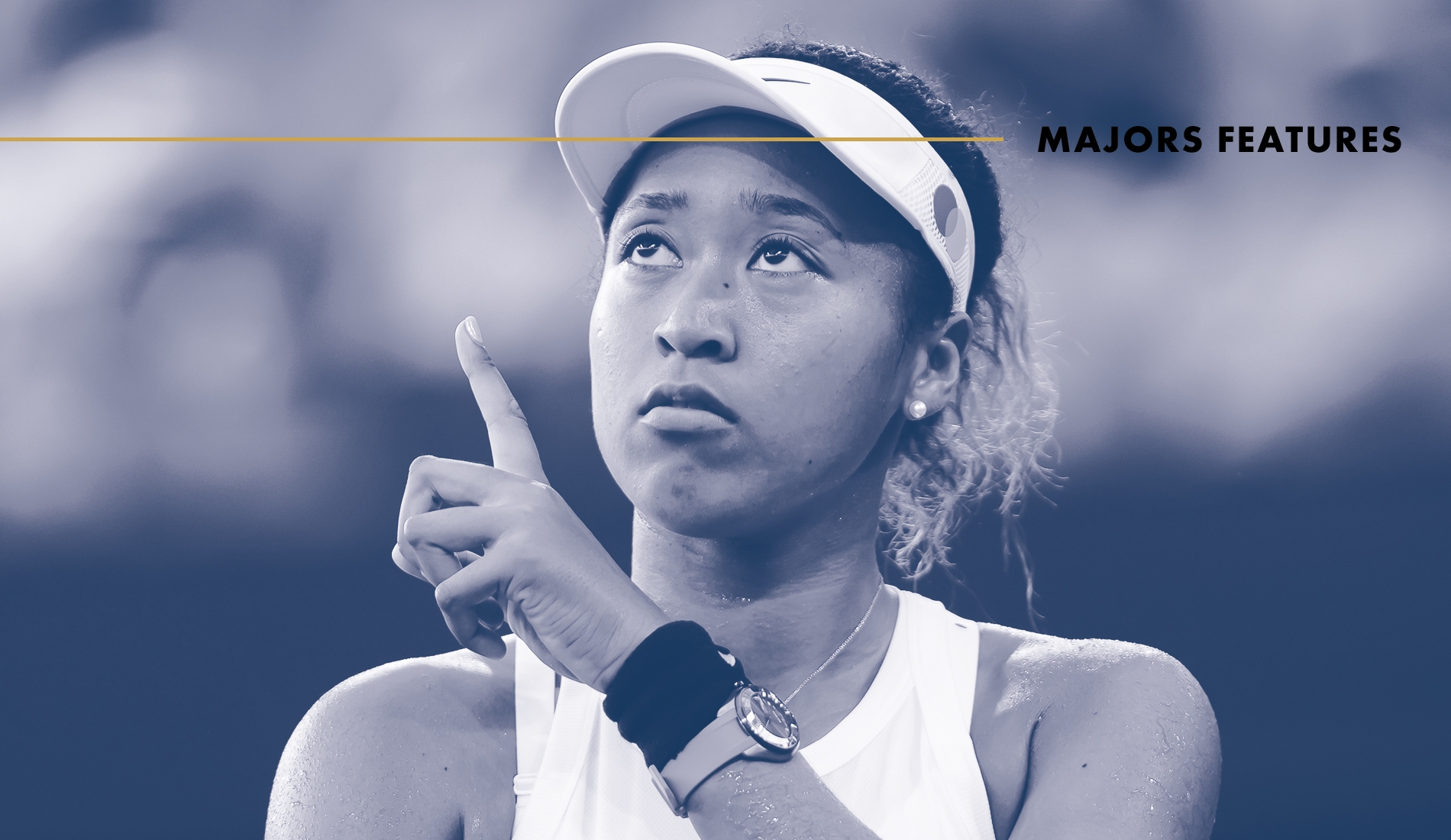 It is two years since Naomi Osaka shot to global fame by winning the US Open, a brilliant and nerveless performance securing a first Grand Slam title when she beat a self-destructing Serena Williams in the final (6-2, 6-4).

Four months later, she followed up by winning the Australian Open, a victory which made her the world No 1 for the first time, at the age of 21. Sensational on the court but shy off it, she struggled to cope with the burden and her results faltered.

The Covid-19 lockdown gave everyone the chance to rest but it has also given Osaka the chance to reflect, and in the past couple of months, she has found her voice. Refreshingly honest, still quirky and often funny, the 22-year-old has come out of her shell and now, like Coco Gauff, she is a leader.

Her announcement on Wednesday that she would be withdrawing from the Western and Southern Open in protest at the latest shooting of a black man by police in the United States was a shock to all. But the ATP and WTA Tours soon came together to say they would pause for a day, saying that “tennis is collectively taking a stance against racial inequality and social injustice”.

When American George Floyd was shot dead by police in Minnesota in May, Osaka was moved so much that she and her boyfriend, famous rapper Cordae, flew to Minnesota to protest and pay their respects. She posted photos on Instagram and quietly made her voice known.

In an op-ed for Esquire Magazine in July, Osaka said it was time to make herself heard.

“In the past few months, I’ve re-evaluated what’s actually important in my life,” she wrote. “It’s a reset that perhaps I greatly needed. I asked myself, ‘If I couldn’t play tennis, what could I be doing to make a difference?’ I decided it was time to speak up. So what I will say here, I never would have imagined writing two years ago, when I won the US Open and my life changed overnight. I guess that when I read this piece back in the future, my evolution as a person will have continued.”

The daughter of a Japanese mother and a Haitian father, Osaka moved to the United States with her family when she was just three years old. Proud of her heritage, she will play for Japan at the 2020 Olympics, organised in 2021 in Tokyo, and explained the difference between ethnicity and nationality on TikTok.

In the Esquire op-ed, Osaka revealed how hard it has been for her to combat racism.

“Japan is a very homogenous country, so tackling racism has been challenging for me,” she said. “I have received racist comments online and even on TV. But that’s the minority. In reality, biracial people—especially biracial athletes—are the future of Japan. We (myself, Rui Hachimura – NBA player – and others) have been embraced by the majority of the public, fans, sponsors, and media. We can’t let the ignorance of a few hold back the progressiveness of the masses. The love I feel from Japanese fans of all ages, especially the younger ones, has always been heart-warming. I am so proud to represent Japan and always will be.”

It’s hard to overstate how famous Osaka is, or the interest she creates in Japan. Like Kei Nishikori before her, she is followed by countless video crews, photographers and journalists at every tournament she plays. It’s a focus that was and still is difficult to cope with and when I interviewed her on the eve of the 2019 Australian Open, she explained how she had even tried wearing a disguise to see what it felt like.

“It worked,” she said. “It was a silver (wig)…..I went at night, though, that was the thing. I’m sure if I went like this (in tennis clothes), then it would be kind of difficult. But if it was…clothes that no one expects, I don’t really think…no one really looks at people in the face when they’re walking around.”

With social media, Osaka has found her way to speak up

At the Western and Southern Open this week, it was pointed out to Osaka that Kamala Harris, the Democratic Party vice-presidential candidate, has an Asian mother and a father from the Caribbean.

“To be honest, I didn’t know that,” she said. “There were some people, like, tagging me on Twitter, but I didn’t open it. I would say it’s a bit weird, the stance I have to take. I’m not supposed to talk about politics, to be honest, because technically I’m not American, per se. I kind of have always been advised not to say anything. I don’t know. It’s a bit weird when you’re living in the country and you’re seeing the things that are going on, and you kind of want to say what you think but you’re not supposed to. Yeah, I would just say everything that’s going on is really interesting. I feel like the younger generation is definitely trying to do something about it. It’s going to be interesting how it turns out.”

In this time when social media offers a quick, easy and personal way for people to speak up, Osaka has taken the opportunity to put forward her thoughts, while not being afraid to highlight inequality and shoot down ignorance, not to mention designing a mask against the Coronavirus.

I’m excited to share my sister & I designed this limited edition mask with proceeds benefiting @UNICEF’s COVID-19 relief efforts. It’s important to protect yourself & others! The masks are three layers coated with 3XDRY BIO & washable up to 50 times: https://t.co/Njgk6bEJ5a pic.twitter.com/cGkLpzls2J

You really have to be super unhappy with your situation to start hating on another person that’s thriving. Just let it go, focus on yourself, it’s gonna get better.

Osaka has grown up in the public eye. But the break from the Tour due to the virus has allowed her to mature in private, without the eyes of the world upon her.

In an interview for Elle Magazine, Osaka said she didn’t think of herself as a role model. But there is no question she is one, and with players like her and Gauff taking a stance and not being afraid to speak about important issues, tennis is in good hands.

“I’m 22 and figuring out life and trying to grow,” she said. “One of the biggest lessons I’ve learned that helps me be a better role model is just to be comfortable with who you are, to not be afraid to use your voice.”