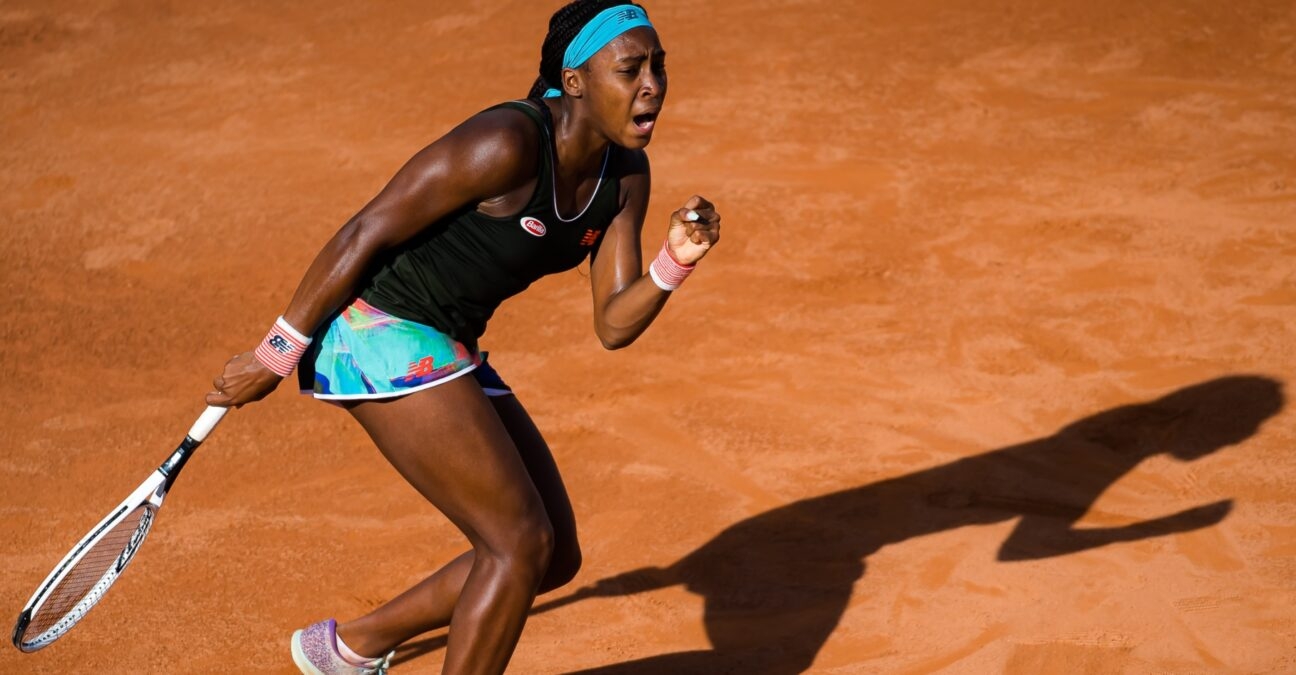 Coco Gauff in action on clay in Rome, 2021 (Panoramic)

American teenager Coco Gauff survived a second-set wobble before beating Kaia Kanepi of Estonia 7-6 (6), 7-6 (7) on Tuesday to reach the last 16 of the Emilia-Romagna Open in Parma.

The 17-year-old, who reached the semi-finals in Rome last week, snatched the opener on the tiebreak after Kanepi had served for the set at 5-4.

The American then charged ahead 5-1 in the second set but world No 66 Kanepi won five straight games to lead 6-5 and had two set points in the tiebreak only for Gauff to hold firm and clinch a hard-fought victory.

“I was up, she started to play better and I started to be a bit more passive but to be honest it was just a fight from the beginning to the end,” Gauff said after their two-hour, 17-minute battle.

Gauff will now play Camila Giorgi of Italy for a place in the quarter-finals.