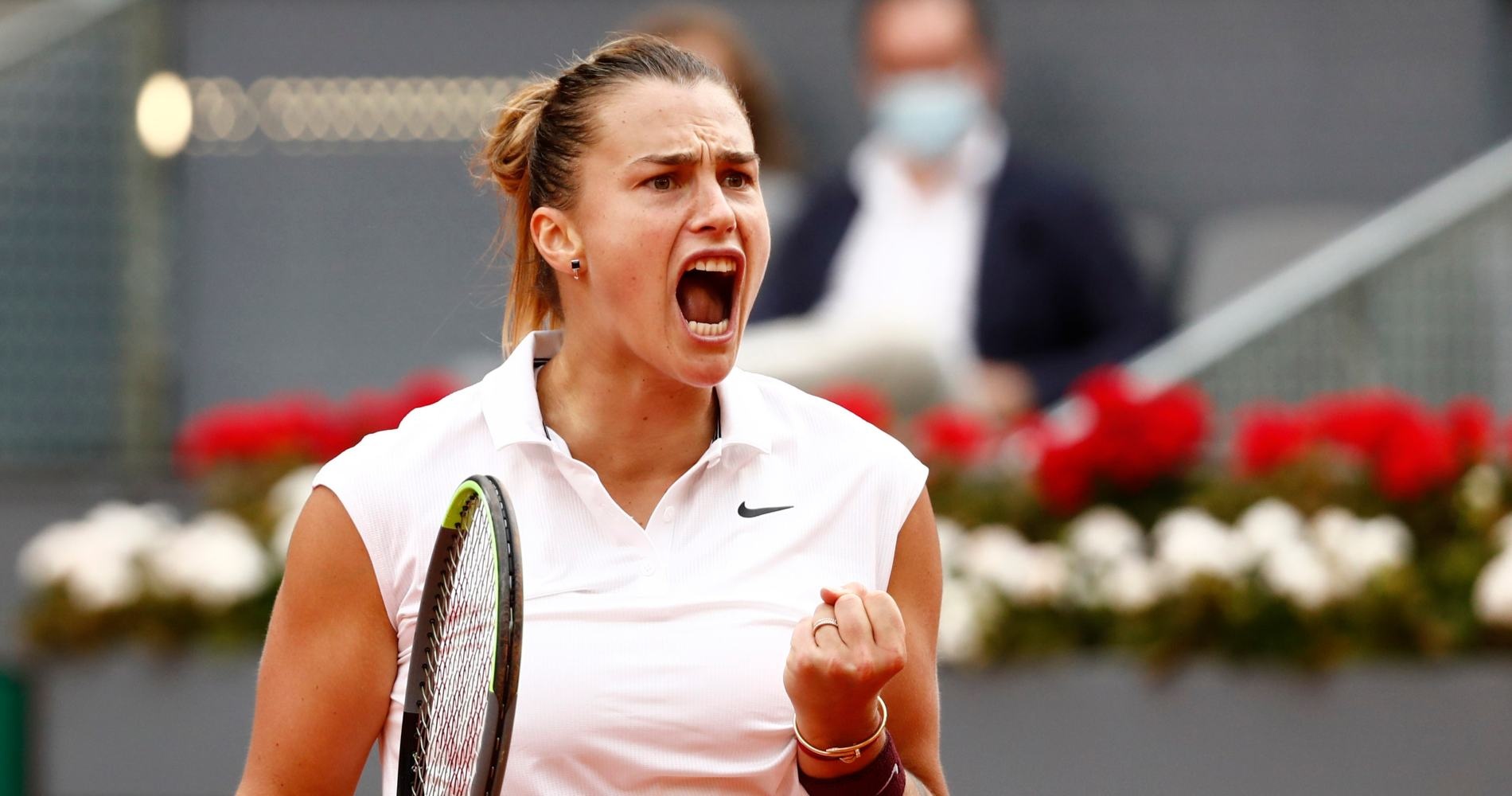 There’s a new woman on the block. Aryna Sabalenka beat world No 1 Ash Barty 6-0, 3-6, 6-4 on Saturday to win the Mutua Madrid Open for her 10th career title.

The Belarussian romped through the first set in 25 minutes and after being pegged back in the second, she came through some tough moments at the start of the third to get some revenge for her defeat by Barty in the final in Stuttgart two weeks ago.”Of course I’m really happy with this win,” Sabalenka said. “It was crazy match there. I’m really happy that I could win this one. Yeah, it feels amazing right now.

“I would say before (2021) I was too much thinking about the clay court, that this is surface not for me, that it’s really tough to play on this surface, it’s long rallies. I was really too much thinking about this. This year I kind of relaxed and kind of just play my game. I worked a lot on the movement, so I prepare myself really well for the clay court. Yeah, I just stay aggressive. This is just a little bit longer rallies here on the clay court than on the hard court. This is different. I just have to put, like, extra few balls in the court like more than on the hard court. This is the difference.”

Sabalenka on fire in opening set

Fifth seed Sabalenka reached the final on the back of all-guns-blazing tennis and the Belarussian was on fire in the first set, blasting Barty off the court with a barrage of big serves and massive groundstrokes, which either went for winners or forced Barty into errors.

A blustery wind didn’t seem to bother her as she ripped through the first set in 25 minutes, Barty looking a little shell-shocked as she suffered a rare bagel.

But having beaten Sabalenka in both Miami and Stuttgart, Barty didn’t panic and a break of serve in the opening game of the second set put her on her way.

Though Sabalenka broke back, when she stood at 2-2, 40-15, she missed a first serve and looked rattled, a clear sign that the nerves were beginning to affect her.

Using her slice to great effect and serving well herself, Barty, the champion last month in Miami and Stuttgart, broke for 3-2 and held the advantage as she levelled the match.

Sabalenka finds a way through

The momentum was with Barty and the omens didn’t look good for Sabalenka, who had lost her last six matches to go the distance, while Barty had won 11 of her previous 12.

But Sabalenka dug deep to save two break points at 1-2, 40-15 and got herself out of another hole at 3-4, 15-30 before taking advantage of a poor Barty service game at 4-4, thumping a backhand return winner to break for 5-4.

And having broken to love, Sabalenka showed no nerves as she served for victory, serving out to love to win the last eight points and clinch a famous victory.

Barty said she was proud of how she fought throughout the final.

“I think I had two or three break points in that third set,” she said. “She had the same and she managed to grab her opportunity, so not much in it it all, it’s a fine line. We have another opportunity to do well in Rome and then we just reset for Roland-Garros.”