Newly crowned Australian Open champion Sofia Kenin suffered a shock opening round defeat at the hands of Elena Rybakina, losing 6-7, 6-3, 6-3 in the opening round of the Dubai Duty Free Tennis championships. 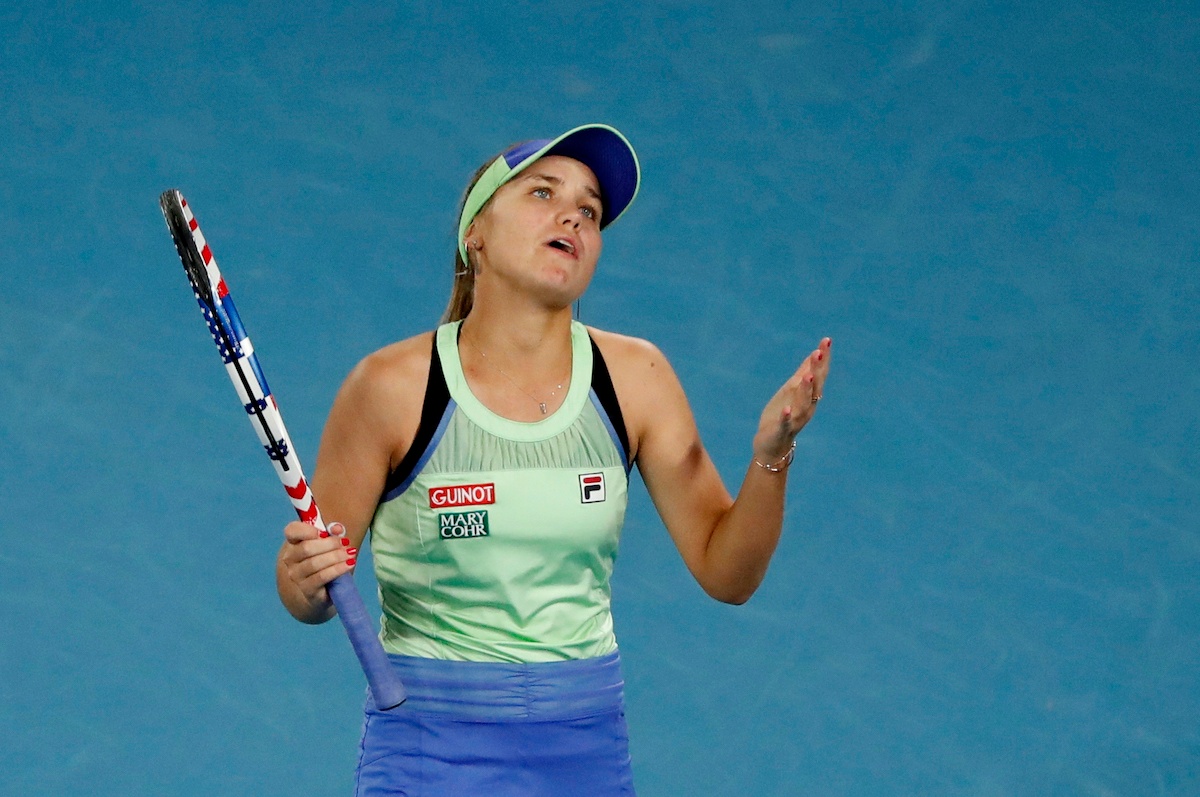 Sofia Kenin not yet in crisis but…

Despite showing some early signs of nerves and dropping the opening set on a tie break, World No. 7, Rybakina hit back with a superb display of power tennis with towering serves and blistering ground strokes off either wing proving too much for a perhaps weary Sofia Kenin, after all that comes with being a Grand Slam champion.

Back-to-back double faults and an uncharacteristic miscued forehand saw Kenin throw away a 40-0 advantage in her opening service game, but it was to prove a momentary blip, the lovely variety of angles, slices and drop shots that the American displayed in Melbourne again to the fore.

Then, serving for the opening set, a first wobble for Kenin as some crunching Rybakina groundstrokes forged three break points, converted at the third attempt as the American fired wide. Rybakina, ranked 19th in the world and possessing a potent serve from her 6’0 frame, started to find her rhythm as, alarmingly, Kenin began to miss with her usually reliable groundstrokes

It made for an intriguing end to an opening set that would be decided on a tie break, and it was Kenin who this time made the fewer unforced errors, a lovely pass up the line past an advancing Rybakina gaining the crucial opening mini break before a rare double fault and blistering return winner clinched the breaker in style.

Far from letting the disappointment of losing a tight opener get to her, Rybakina wasn’t going away in a hurry, forging two break points at the start of the second set and again putting pressure on the Kenin serve, whilst holding comfortably herself.

It was a match of fine margins and a further double fault put Kenin in more trouble, a stunning return winner rewarding Rybakina with the opening break of the second set and a 4-3 lead. It prompted a talking to in Russian from coach and father Alexander Kenin. But, with Rybakina firing down huge serves and groundstroke winners, Kenin would have to do things the hard way as the Kazakh held firm to force a decider.

Into the third, and again it was the reinvigorated Rybakina that came out of the blocks quicker, powering down huge serves and clean winners to put pressure on the scoreboard-chasing American. Suddenly, it was the Kenin serve under constant pressure and the fighting qualities that took her all the way to Australian Open glory would again be needed, albeit on a slightly smaller, yet still important stage in the Middle East.

Yet with Rybakina continuing to hold easily and Kenin struggling, it was the Kazakh who grabbed the crucial break to leave her serving for the match at 5-3. And with the match on her racket with a midcourt put away after a big serve, Rybakina blinked, hitting out via the top of the net.

At the second time of asking, following another long forehand, Rybakina got the job done with another unreturnable serve for a seventh successive deciding set victory. She next faces Katerina Siniakova in the second round.

Elena Rybakina advances to the @DDFTennis second round!