Aryna Sabalenka are the top two seeds in Montreal, as Asheligh Barty, Naomi Osaka, and Sofia Kenin are all skipping the tournament. Meanwhile, Simona Halep is back for the first time since May. 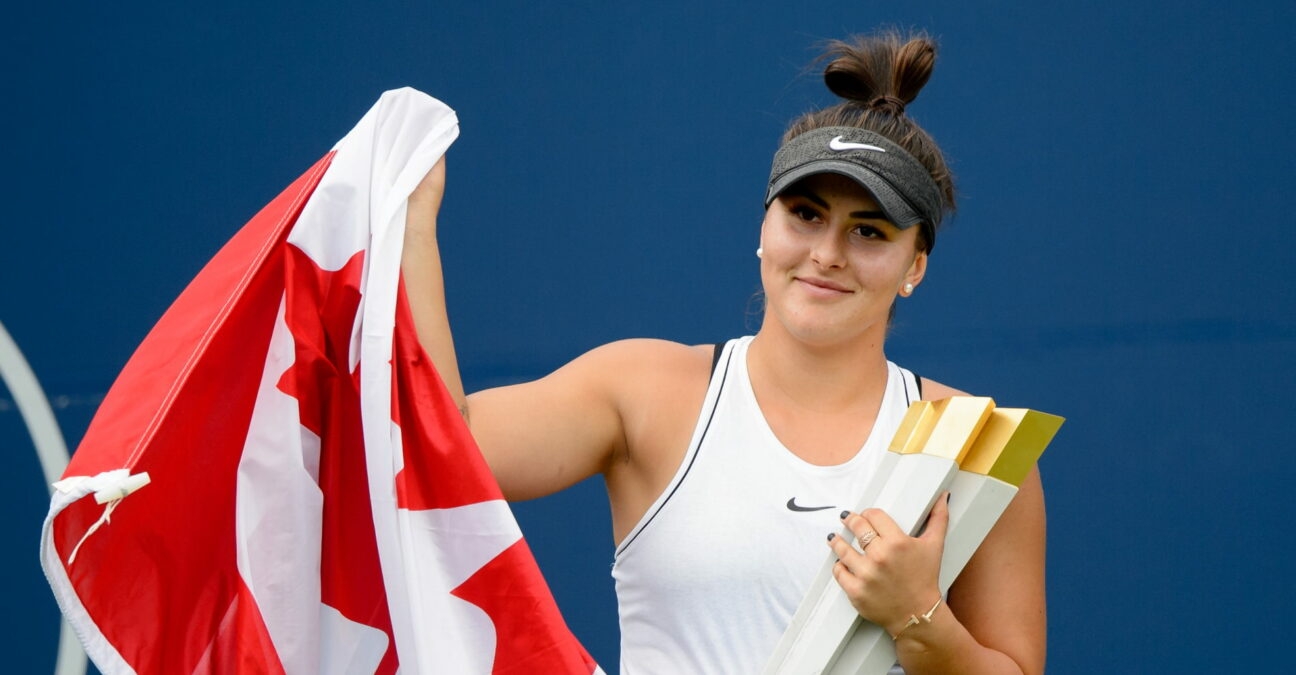 Due to both injuries and the Covid-19 pandemic, Bianca Andreescu has not played a lot of tennis over the past two seasons. The home crowd in Canada, however, will be treated to a rare appearance next week.

After not playing at all in 2020, Andreescu has played in only eight tournaments and 19 total matches this year. She has contested a total of just four matches in three Grand Slam appearances. In hopes of producing an improved end to her 2021 campaign, the 21-year-old Canadian is beginning her US Open preparation at next week’s National Bank Open in Montreal. Andreescu won both tournaments in 2019, so she is the defending champion in Montreal since the event was cancelled last summer.

The draw ceremony took place on Saturday and Andreescu finds herself at the bottom of the bracket as the No 2 seed. Despite being ranked fifth in the world, she moved thanks to withdrawals by Ashleigh Barty, Naomi Osaka, and Sofia Kenin. Third-ranked Aryna Sabalenka is the top seed ahead of Andreescu, Elina Svitolina, and Karolina Pliskova.

Andreescu has played only five matches since the start of the French Open, but that is five more than Simona Halep. Down at No 10 in the rankings mainly due to inactivity, Halep has been sidelined since mid-May because of a calf injury. The 29-year-old Romanian missed both Roland-Garros and Wimbledon, but she hopes this Montreal event and likely a Cincinnati appearance will have her ready for the US Open.

Halep and Andreescu are on a collision course for the quarter-finals in Montreal, but the sixth seed may have a tough opening match on her hands against Danielle Collins. Jessica Pegula and Tokyo Olympics mixed doubles gold medalist Anastasia Pavlyuchenkova are potential third-round opponents for Halep.

Seeded first a 1000-point event for the first time, Sabalenka will meet either Sloane Stephens or Dayana Yastremska in the second round. Madison Keys, Paula Badosa, and Viktorija Golubic are potential third-round foes for the Belarusian. Also in the top quarter of the bracket are seeds Victoria Azarenka and Maria Sakkari.

If the seeds hold to form through the first three rounds, quarter-final matchups would be Sabalenka vs. Azarenka, Karolina Pliskova vs. Garbine Muguruza, Elina Svitolina vs. Petra Kvitova, and Andreescu vs. Halep.