Maria Sharapova’s “eye of the tiger” was detected early on by Michael Joyce when he was inflicting heavy defeats on her as a youngster. 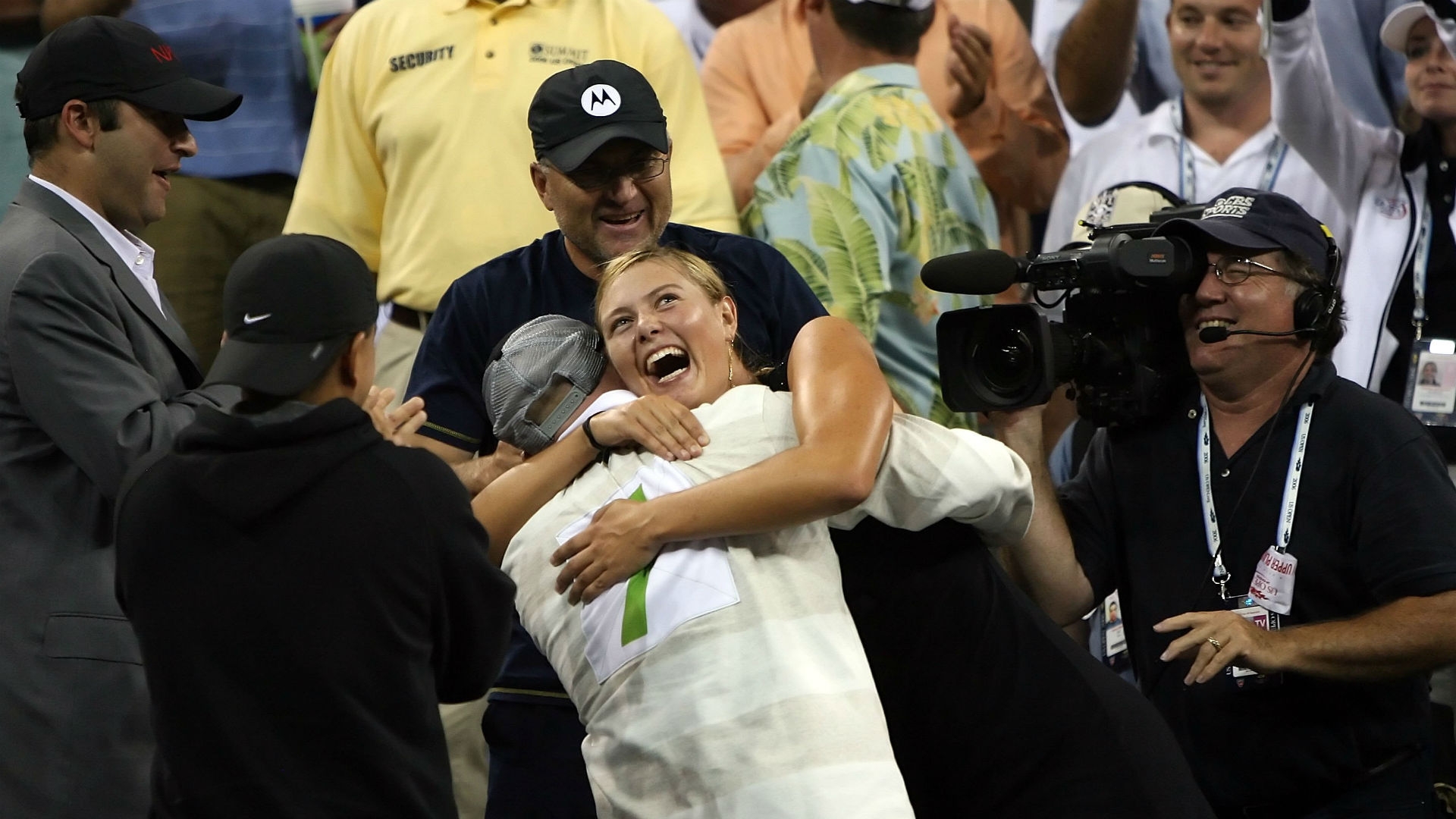 Michael Joyce can still vividly remember being told to “hit it harder” as he put a nine-year-old Maria Sharapova through her paces.

Joyce had never met the youngster before that day in Los Angeles, where it was Sharapova’s father, Yuri, who was urging the ATP Tour player not to give his daughter an easy ride.

By the time he was nearing the end of his playing career and Sharapova was in her mid-teens, Joyce was being instructed by coach Robert Lansdorp to “kill” the Russian during practice matches after being employed as her hitting partner.

Little did Joyce know he would soon be calling the shots, not only hitting them, after being appointed as Sharapova’s coach in 2004.

The American saw the “eye of the tiger” in Sharapova, who retired aged 32 last week, during such one-sided hitting sessions that laid the foundation for a successful seven-year alliance.

Joyce, who helped the global icon win two grand slams and become world number one, told Stats Perform: “The first time I met Maria I think she was nine years old, I was on the tour at the time and when I was back home in LA I used to go and take a lesson with Robert, who was my coach growing up.

“One day he asked if I’d take a hit with this young Russian girl who had come in to take a lesson, he said she’s awesome and tried so hard.

“She came on the court and I remember it like it was yesterday. I’d never really hit with a nine-year-old, so I was taking it easy and then her Dad, who couldn’t speak English that great at the time, was telling me I could hit harder.

“Maria was diving around the court, running after the ball, I kind of developed a little bit of a relationship with her then.

“It turned out when she was 15, 16 I was playing the last couple of years on tour but my Mom was really sick with cancer, so I was spending a lot of time at home and making a little extra money as a hitter for Maria and I could still beat her pretty bad at the time.

“By the time I was travelling with her full-time, it was not like being with a complete stranger.

“Looking back, I knew she was special. Of course I didn’t know at nine, I had no idea then, but by the time she was like 15, she was already trying to play some pro events.

“You could tell at 14, 15 she had this competitive drive and kind of like the eye of the tiger. I remember sometimes I’d be hitting with her and Robert would say ‘play a couple of sets’ and I’d say ‘Robert, listen, how do you want me to play? Make it close?’

“He’d be like ‘no, kill her.’ I’d feel bad I’d be beating her 6-1 4-0 or something and she’d be trying so hard just to win a game. I notice that drive from her straight away, she loved to compete.

“I could see a lot of things I could improve on, so once I started working with her full-time, I could work on her taking the ball early, strategy, improving her forehand etc.

“The one thing that sticks out with her is that when she was playing from the first tournament almost until the end, I always knew whoever she was up against would have to go through hell to beat her, as she never gave up. She had this belief that she was always in it until the last point.”

“I remember going to South America to play a couple of exhibitions when she was about 21, we went to Chile and there was probably 20,000 people there. Then we went to Argentina and everywhere we went everybody knew her,” he said.

“There is a certain aura about some athletes and she definitely had that. Everywhere she went there were big crowds, whether she was practicing or playing, everyone in airports would know her, walking down the street. That is special and doesn’t come around often.

“There are so many girls playing now who probably look up to Maria. They might say they don’t like her or this and that, but you think of a girl that is mid 20s or so, when she won Wimbledon [aged 17] they were young kids, so for sure they are looking up to her.

“They might not admit it now, but she would have been looking up to her when they were kids.”