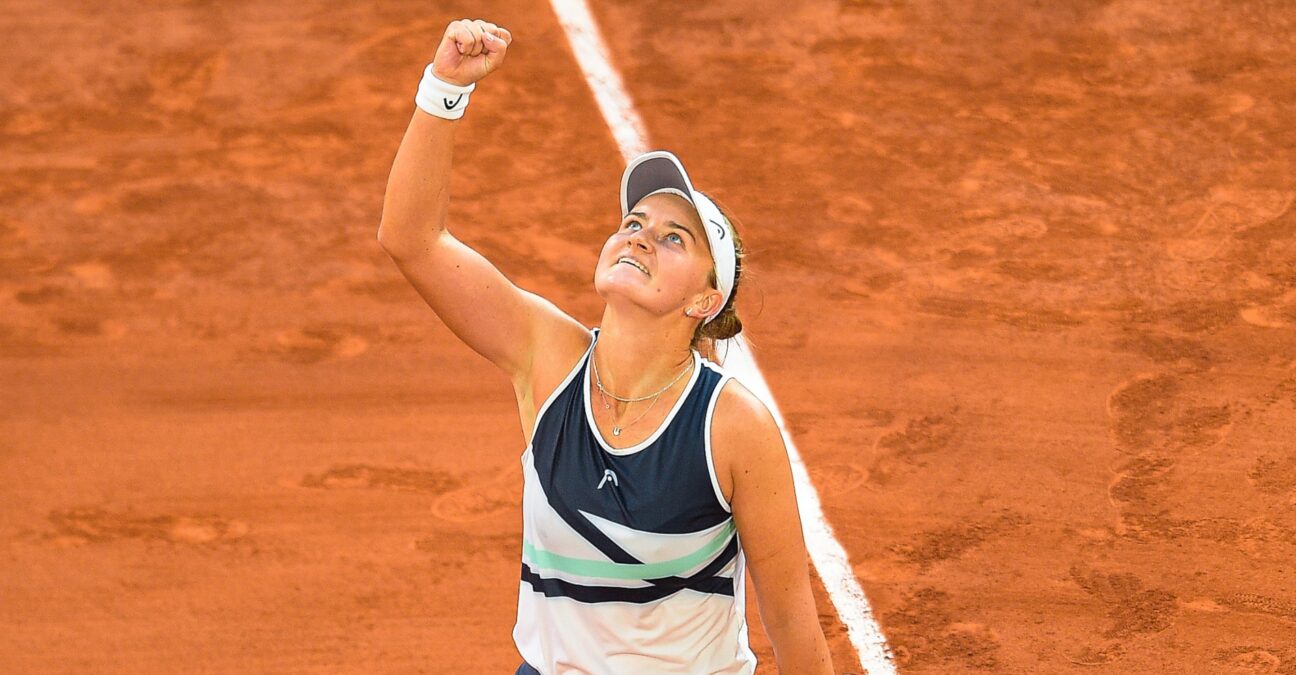 When Barbora Krejcikova looked to the skies and blew a kiss after winning her Roland-Garros semi-final against Maria Sakkari, it was a gesture to honour her former coach and mentor, the late Jana Novotna.

Novotna, who passed away in 2017 at the age of 49, reached the semi-finals in Paris twice — in 1990 and 1996 — but didn’t progress further. Krejcikova has learnt from her experience and her demeanour.

“Like every time before the match or after the match I just feel like she’s there, she’s looking after me.”

Novotna was, like Krejcikova, also an exceptional doubles player. Krejcikova is a former world No 1 and has five slam titles in doubles — three in women’s, two in mixed. But it wasn’t until October of 2020 that she finally broke the Top 100 in singles; 18 months before that, she wasn’t even inside the Top 200. 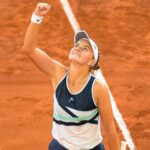 It makes it all the more remarkable that this weekend, the 25-year-old will play two Grand Slam finals in an effort to emulate what Novotna did at Wimbledon in 1998. That was the year when Novotna famously won two titles, partnering Martina Hingis to the doubles crown as they beat Lindsay Davenport and Natasha Zvereva in the final, and finally getting the singles slam that had eluded her for so long by beating Nathalie Tauziat 6-4, 7-6(2).

Over the course of this fortnight, Krejcikova has grown in confidence to the extent that she can reach the top of both of her disciplines.

“I hope there will be no more ITFs in singles for me,” she said after winning the doubles semi-final alongside long-time partner Katerina Siniakova. “I don’t want to play any more ITFs in singles. I want to stay on this level. I want to really work hard just to stay here, to be able to play such matches like this. I’m just really happy.

“It was really tough playing ITFs because the schedule, the WTA in doubles, the schedule was tough. It was tight. Sometimes we played well, then I missed the tournament, then I wasn’t ready to play. It was difficult.

“But I really think that the pandemic really helped me. Right now I just want to keep the level. I just want to stay here. I don’t want to go backwards. I just hope that I’ll be able and fit enough just to play singles and doubles during the other tournaments as well.”

Krejcikova admitted after the singles semi-final that as a child growing up in Brno she never believed she would be a professional tennis player, let alone achieve as much as she has.

And, of course, as Novotna taught her, she will be working on retaining her composure during the final at all times.