Sofia Kenin in 2020: The player of the year few saw coming

Sofia Kenin won her first major at the Australian Open and finished runner-up at the French Open, while also lifting the trophy on the indoor hard courts of Lyon. We look back at the 21-year-old’s impressive season. 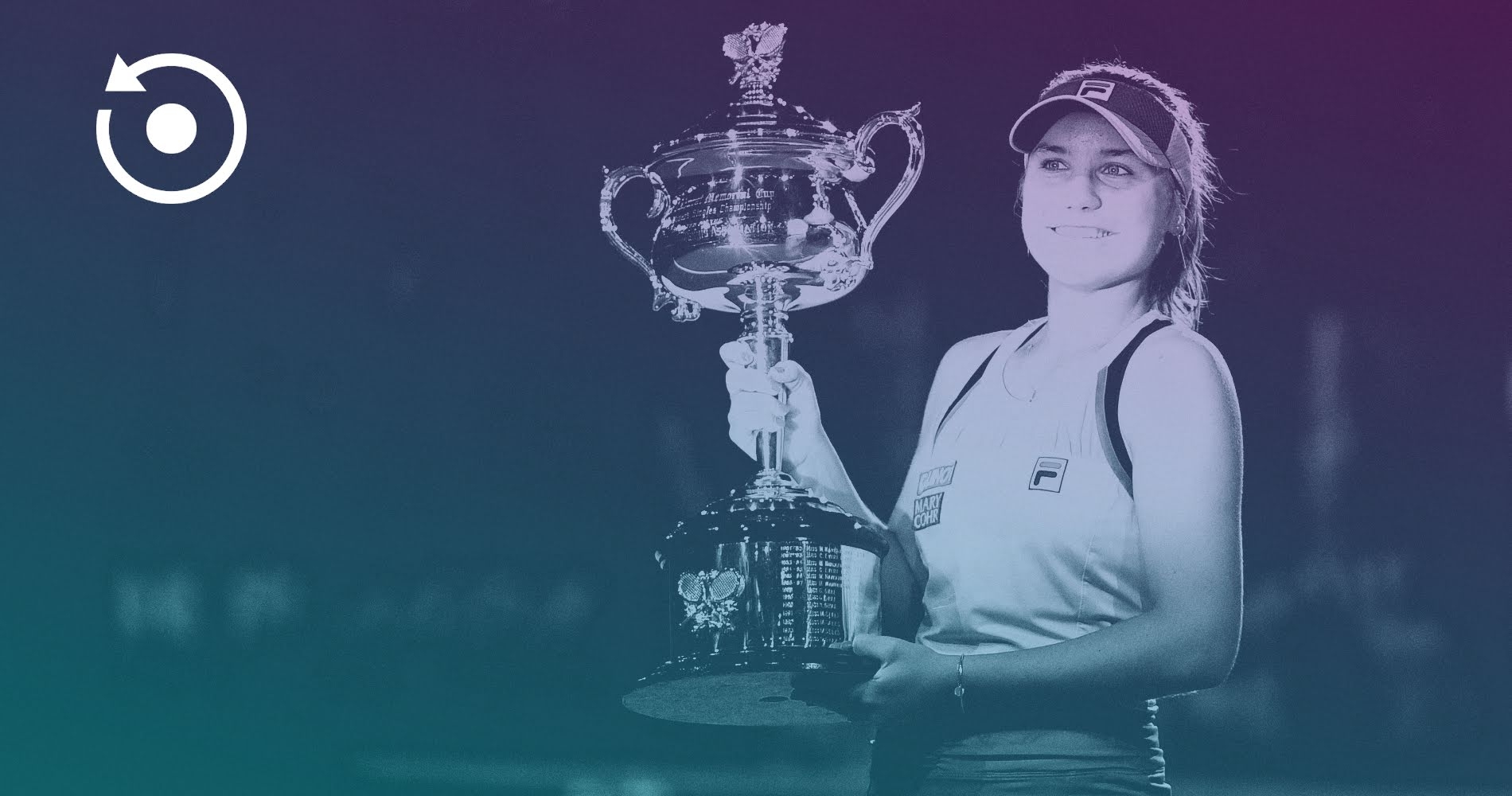 Who was the top performing women’s player on the tennis tour this year? If you picked Sofia Kenin, you would have a strong case. Although just three majors were played (Wimbledon was cancelled due to the coronavirus pandemic), Kenin won one and finished runner-up at another. The 21-year-old was quite simply the breakout star of 2020 on the WTA Tour — or on either tour, for that matter.

And, above all, two Grand Slam finals played.

Best performance: Her coronation in Australia

Kenin won her first Grand Slam title at the Australian Open, clinching it with a superb victory over Garbine Muguruza after taking out home favourite Ash Barty in the semi-finals. Only two of Kenin’s matches in Melbourne went to three sets — the fourth round against Coco Gauff and the final against Muguruza (both of which saw the champion come from a set down). She also went on to win the title in Lyon shortly thereafter.

Nothing will top her Australian Open triumph, but Kenin also showed she can play on clay when she reached the final at Roland-Garros — beaten only by an inspired Iga Swiatek of Poland. The Moscow-born American won an incredible 16 matches across the three Grand Slams, having also reached the fourth round of the US Open (beat Yanina Wickmayer, Leylah Fernandez, and Ons Jabeur before beating Elise Mertens). 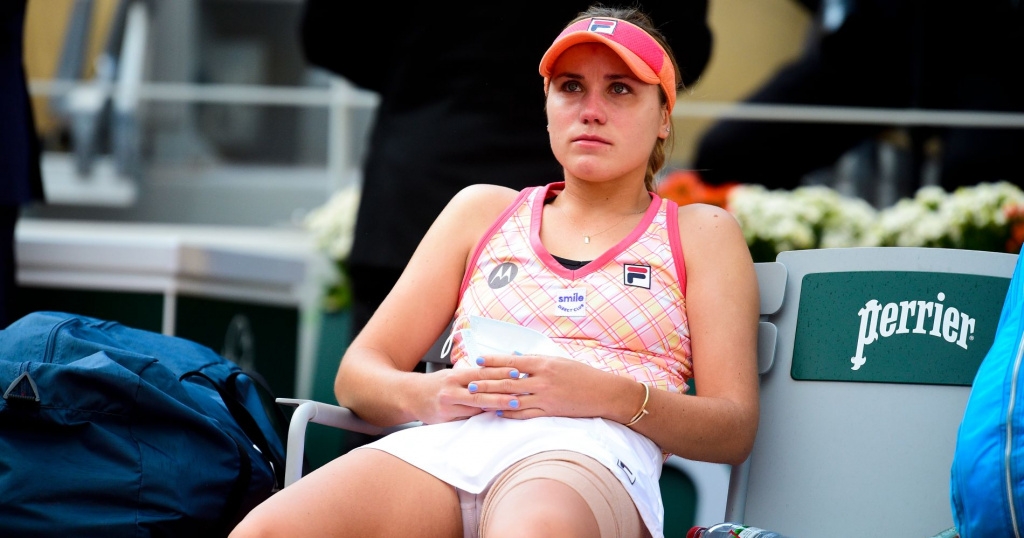 The peak of Kenin’s season, of course, came in the form of winning the Australian Open. Ranked 15th at the time and seeded 14th, Kenin announced herself as one of the best players on tour with a surprising run to the title. Starting in the fourth round she beat Gauff, world No 1 Barty, and then two-time Grand Slam champion Muguruza. Kenin rallied to win the final 4-6, 6-2, 6-2, hitting five straight winners to escape while serving at 2-2, 0-40 in the decider. 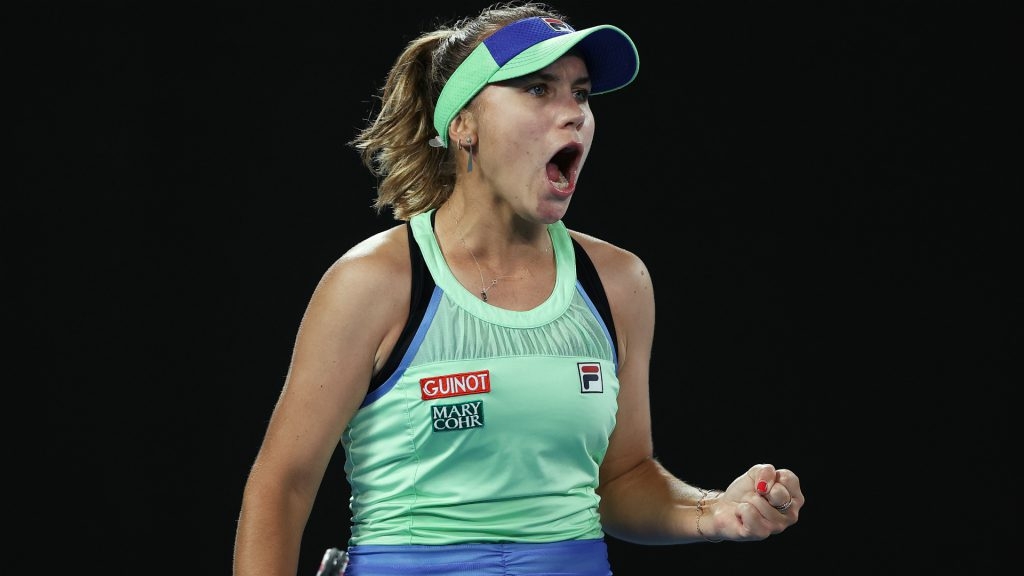 Low point: Being injured in the Roland-Garros final

It’s hard to classify reaching a major final as a “low,” but being less than 100 percent for one of the biggest matches of her career was a real disappointment for her. With a chance to win two Grand Slams in a single season, Kenin struggled with a leg injury in the Roland-Garros final and was outplayed by Swiatek 6-4, 6-1.

In the media: 2005; Clijsters and the little girl

Kenin’s tour of the Miami Open in 2005 with Kim Clijsters went viral.

From Kenin’s press conference following the Australian Open final
Q. There’s a video that shows this wide-eyed little girl being shown around the Miami Open by Kim Clijsters. 15, 16 years you’ve gone through the juniors, beat Serena, now have this. How do you think you did it? What do you want to say to Kim Clijsters?
SOFIA KENIN: I did it with all the belief that I’ve had, all the efforts that I’ve done to get to where I am right now. To Kim, I just want to say thank you so much for that day, for spending time with me, taking time off. I know she had a busy schedule. She took time off and gave me some great words of wisdom, said some really great things about me. She showed me around. It was a really exciting moment for me. I hope I can do that for someone else in the future. I would love to. I know what it felt like. I’ve been there.

A fierce competitor, Kenin was frustrated at not winning in Paris. But she was content with how her campaign went overall.

“My agent told me that I’m 15-2 in Grand Slam matches. I think that’s pretty good,” she said. “I guess I have the most winning matches in slams. Obviously I’m playing some really good tennis at the slams. In Australia I won. US Open I got to the fourth round; [Roland-Garros] getting to the finals. Overall it’s a good ratio in the Grand Slams. I feel like I’m playing some really good tennis. Yeah, it sucks the season is over for us. I really wish there were more tournaments. I’m going to use this time to get my leg rested and everything and start pre-season.” 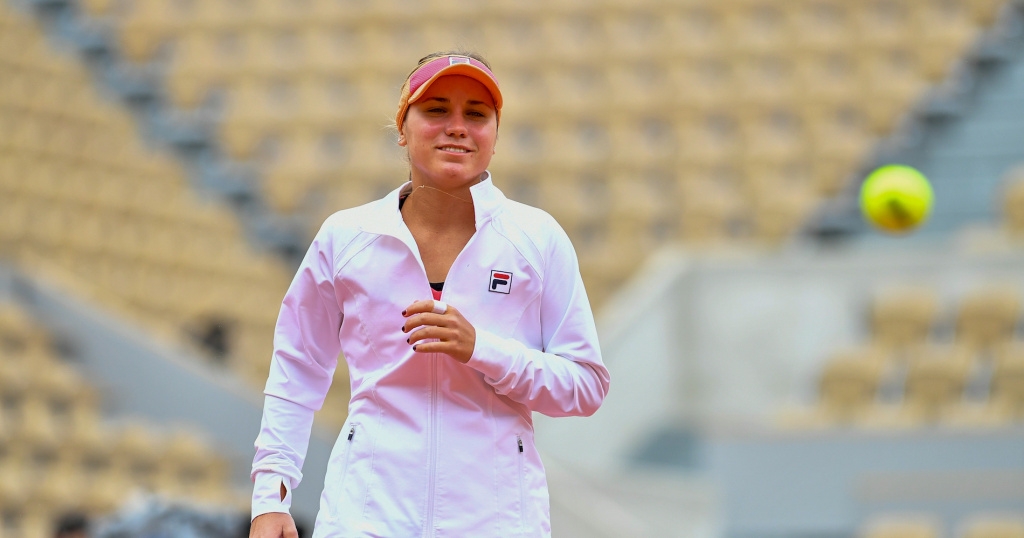 Any season in which you win a Grand Slam title gets an automatic A+ grade (unless maybe you’re one of the Big 3 on the men’s tour in his prime). Add in the fact that Kenin also finished runner-up at another slam and what you get is an absolutely unbelievable year. In fact, Kenin probably has to be considered the player of the year on the WTA Tour.

The rankings don’t show it, simply because Barty, Simona Halep, and Naomi Osaka got to keep so many of their 2019 points based on the restructured system. Yes, there was some occasional inconsistency, but that can only be expected from a 21-year-old. And considering the chaos caused by a global pandemic that interrupted the tour for more than four months, Kenin’s 2020 campaign was nothing short of awesome. She is likely to be a big factor in 2021.