Sloane Stephens has won back-to-back matches for the first time in eight months, after defeating Madison Keys in second-round action at the Volvo Car Open in Charleston. She hopes it just the beginning of an uptick in form. 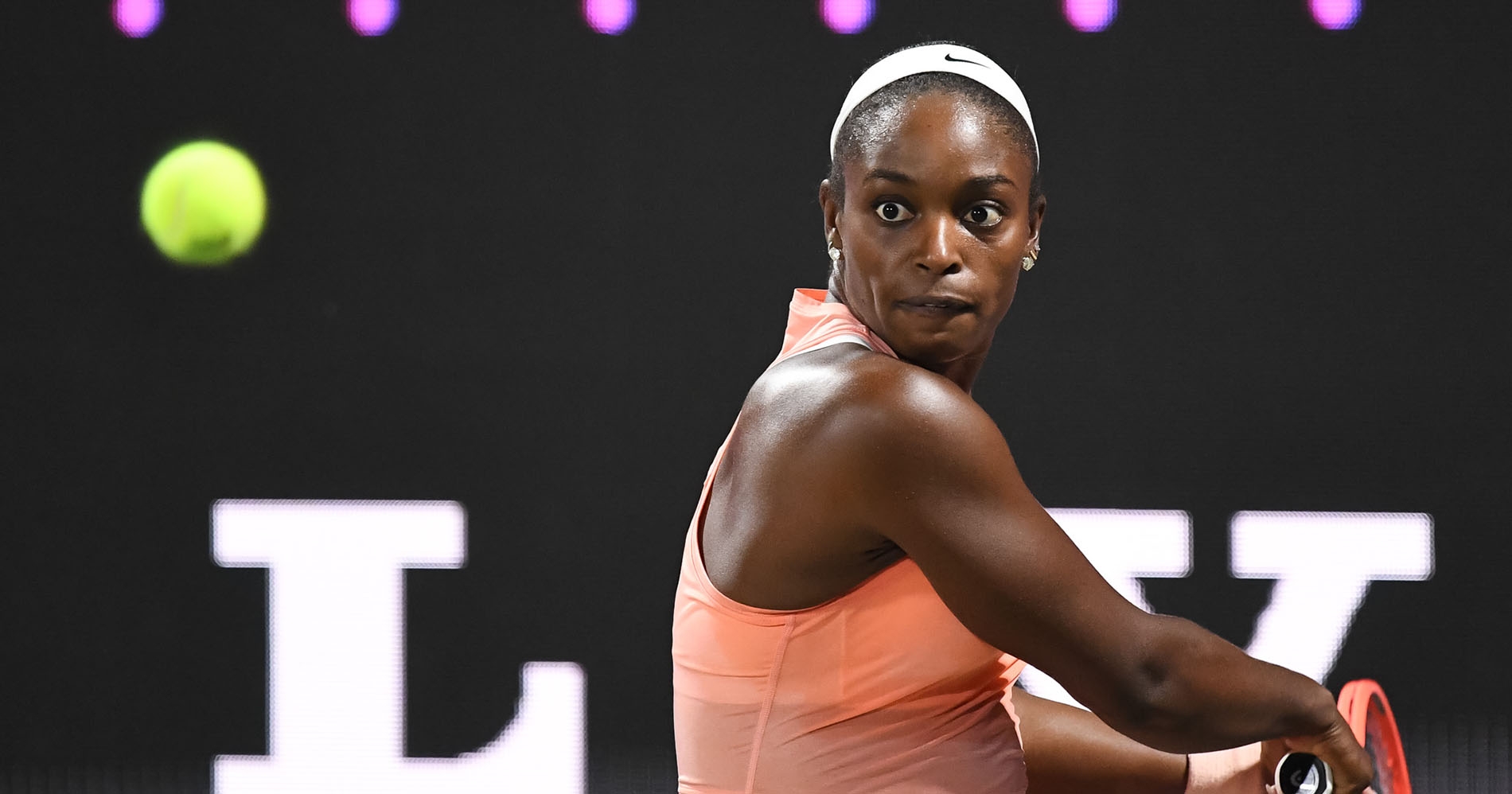 Sloane Stephens took a step in the right direction today by winning back-to-back matches for the first time since last year’s US Open, and the 2017 US Open champion and former world No 3 hopes it could be the beginning of something bigger.

On Wednesday Stephens pushed past friend and compatriot Madison Keys, 6-4 6-4, at the Volvo Car Open in Charleston to book a third-round clash with Australia’s Ajla Tomljanovic. Even if that match doesn’t go her way, Stephens is happy to be finding her form, slowly but surely, in Charleston.

“Obviously it’s good that I’ve won back-to-back matches now but I just have to try to keep it going and win some more,” she said.

A new partnership with an old friend

For the second consecutive week, Stephens has ATP player Darian King in her coaching box, and Tennis Majors asked the American about her relationship with the former world No 106.

“I was just like I need to start enjoying myself again, I need to have fun, I want someone who knows me, and I want to just get out there and bring the energy and get back to being happy on the court, and Darian helps me with that, obviously he knows me very well and we keep it light,” she said.

Stephens was also working with high performance coach Diego Moyano in Florida this year, but says she needed someone to be with her on the road.

“I was in Florida training with Diego Moyano and that was going great and I just needed someone to be on the road with me and travel and Darian was available. Like I said he is playing a challenger next week so I don’t know how available he is going to be but it’s nice to have someone that you vibe with and is able to support you, and I think for me right now where I’m at in my game, trying to get back on the upswing, it’s nice to have someone super positive and ready to go all the time.”

The good vibes are coming back

Stephens is very upbeat about her game at the moment, and says she is eager to start winning matches and climbing up the rankings. Currently ranked 57, she’ll be one of the most dangerous floaters in every draw she enters this spring, if she truly is turning a corner.

She believes she is:

“I think obviously I’m trying to be on the upswing, I’m trying to find my game, I’m trying to find my competitiveness, my happiness, my kind of zen on the court and kind of bring it all together,” she said. “I think winning a match last week in Miami, playing better, starting to feel my game a little bit better and being able to have a good attitude while I’m on the court is super helpful. Things can’t be bad forever and I think once you kind of get that good swing going in tennis, matches come very quickly and you get a little bit of confidence and you can really get going, so pleased with the win today obviously and hopefully on the upswing even more just to get that confidence back.”

Creativity Key on the Clay

Stephens, the 2018 Roland-Garros runner-up, seems to express her tennis better on clay than on any other surface. She says it allows her to slow the game down and hunt down difficult-to-find angles and thwart her opponents with her court coverage.

“I think obviously clay gives you a lot of time,” she said. “It’s a super neutralizer for anyone who hits hard, for anyone who hits slow, it’s literally like perfect, because it neutralizes every shot. I like to play slow and be creative on the court, to create angles and do a lot of different things, so it works well for my game and that’s why I’ve always enjoyed playing on it.”