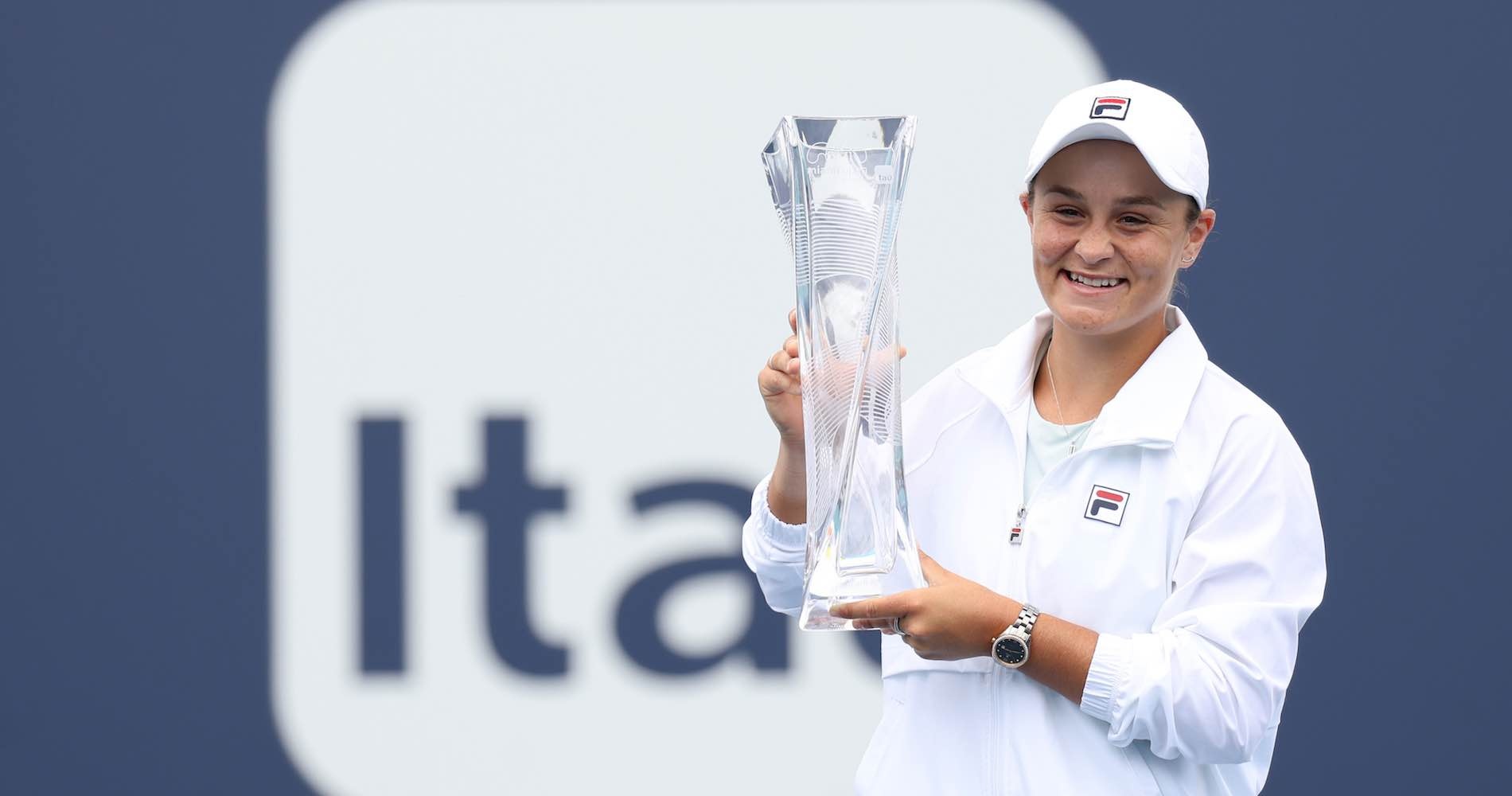 Ash Barty showed just why she’s the world’s top-ranked player as she beat Canada’s Bianca Andreescu 6-3, 4-0 retired on Saturday to win the Miami Open for the 10th title of her career.

In a tricky wind, the Australian used her variety to great effect while former US Open champion Andreescu perhaps paid for the extra time on court she’d spent in the run-up to the final, the 20-year-old falling just short of another big title, calling it a day after turning her ankle in the third game of the second set.

Barty saved match point in her opening match but was always in control on Saturday as she dominated the match, though she had plenty of sympathy for Andreescu, who missed all of 2020 through injury.

“It’s brutal. It’s not the way you want to win a final,” Barty said. “I feel for Bianca. She’s had a lot of injuries in her young career. Hopefully she recovers quickly and it doesn’t hinder her season too much.”

“It’s the first time I’ve defended a title, which is so exciting. I’m excited to start a long stay away from home with a win.”

World No.1 @ashbarty defends her @MiamiOpen title and picks up her 🔟th WTA trophy! pic.twitter.com/Du7IkxMjGx

Fast start by world No 1

In what was their first ever meeting on the WTA Tour, Barty broke in the second game on her way to a 3-0 lead. Andreescu, so aggressive on returns, steadied the ship and then broke back for 3-2, only to drop serve in the next game as Barty reestablished her control. The Australian then closed out the set with a strong game to move ahead.

Just as she had done in the first set, Barty broke early in the second, thanks to Andreescu’s second double fault of the match. When the Canadian targeted the Barty backhand, she was enjoying some success but the top seed held serve to lead 2-0.

Andreescu gave cause for concern when she fell moving toward her forehand in the third game but luckily it was only a stumble, the Canadian getting her toe caught in the court. 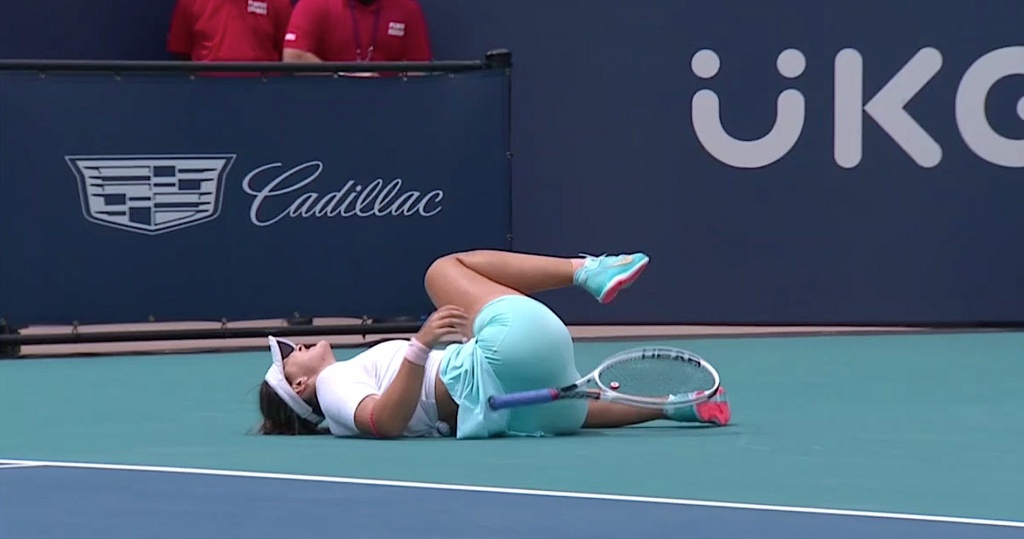 Barty pulled Andreescu around the court with her famed variety, a pattern of play that was never going to work for the No 8 seed. Barty broke again for a 3-0 lead. Andreesca took a medical timeout and had the ankle retaped but after going down 4-0, she decided she was unable to continue.

“Ash, you’re an incredible player,” Andreescu said. “Definitely not the way I wanted to end the tournament but I’m super grateful, I got to the final of one of the first tournaments in a while, so I couldn’t be more grateful.

“For me, getting back on my feet wasn’t easy but I continued to believe in myself, I never gave up, so for everyone out there going through a tough time like me right now, keep your head up and continue to believe in yourself.”