Caroline Garcia never blinked as she battled past Aryna Sabalenka in a high-octane final in Fort Worth, winning the her biggest career title without facing a single break point. 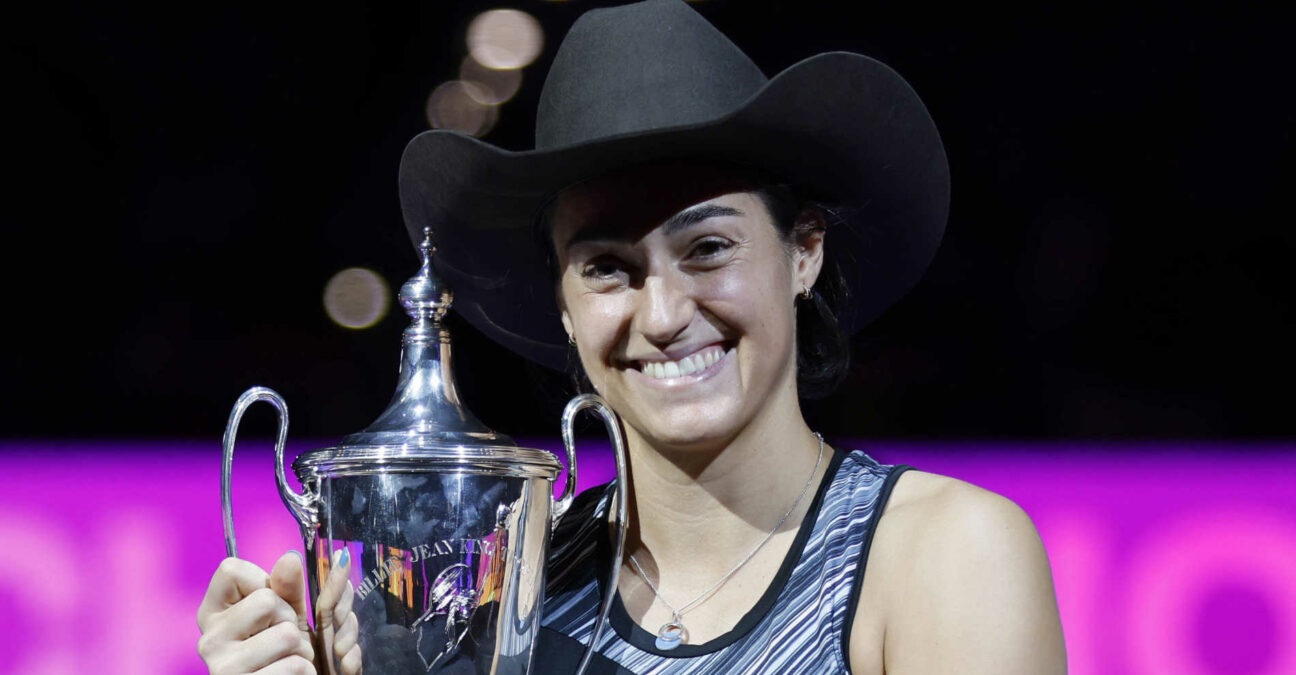 Since June, Caroline Garcia has been a force to be reckoned with on tour, racking up wins – and titles at an alarming rate. But the Frenchwoman saved her best and brightest for the final day of the 2022 season, as she dialed up a near-perfect serving performance to battle past Aryna Sabalenka for her biggest career title at the WTA Finals in Fort Worth.

Garcia never faced a break point, and was only taken to deuce twice, as she won a classic serving duel, 7-6(4), 6-4 to become the first French player to win the prestigious WTA Finals title since Amelie Mauresmo in 2005.

“I met a lot of people along the way,” an emotional Garcia said on court after raising the trophy. “Some people who are here, some people met me when I was a 12-year-old, a little girl. I took memories and I took positives from all the experiences. And I would like to say thanks for all these experiences which have made me a better person and a better player –  I’m thinking a lot about you guys.”

Garcia, who was outside of the top-75 as late as June 5, will finish the year at No 4, matching her career-high record, which she last held in 2018. The Frenchwoman was 7-9 in her first 16 matches of the season, but surged to life this summer, finishing the season by winning 36 and losing 11, as she claimed titles at Bad Homburg, Warsaw, Cincinnati and the WTA Finals.

She has proven to be versatile as well – Garcia is the only player to have won titles on grass, clay, outdoor hard and indoor hard.

Sabalenka, also playing her biggest career final, will finish the year at No 5 in the world. The former world No 2 drops to 10-8 in WTA Finals.

A serving battle with few chances

Garcia and Sabalenka were dominant behind serve for most of the match, and especially in the opening set. Neither player earned a break point in the first set and when Sabalenka took the first two points of the tiebreak it looked as though she might pull away.

But she blinked, and Garcia took charge.

“I think the point she gave me at two-love, on the easiest ball helped me for sure to come back in the tiebreak, to really try to bring one more ball when I had to defend,” Garcia said.

The 29-year-old reeled off six consecutive points to earn four set points and converted the third.

Sabalenka, reeling for just a moment, then suffered the only break of the match in the next game. That was all the wiggle room Garcia needed.

She held serve the rest of the way, taken to deuce only once, in the final game.

At deuce, Garcia fired a 114 MPH serve that glanced off Sabalenka’s racquet for a free point. She converted her second championship point on the next point to lock up victory in one hour and 41 minutes.

“I’m just really proud of the way I kept my mind calm and really focused one point at a time, one game at a time,” Garcia said.

Sabalenka to Garcia: “I hate you right now”

It was an extremely solid performance from Sabalenka as well, but she let her level slip slightly in the tiebreak, where she made two double-faults, and in the opening game of the second set, where she let her shoulders sag and coughed up an easy break that she would never retrieve.

But the Belarusian has much to feel good about at the conclusion of a season that started as a bit of a train wreck, due to double-faults and a dearth of confidence. That Sabalenka was able to find solutions to her problems and recover her form in the second half of the season, reaching the US Open semi-finals and then the title match in Fort Worth after defeating each of the world’s top three players, is a testament to her character.

During the trophy ceremony Sabalenka showed her playful side, joking about the defeat.

She also showed her emotional side, as she briefly broke down in tears as she thanked her coaching staff for sticking by her side through a difficult season. 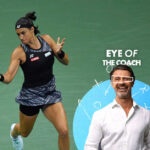 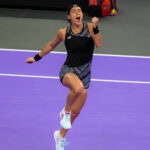 WTA Finals, France, US Open, doubles: Everything you always wanted to know about Caroline Garcia (but never had time to find out)
tennis majors 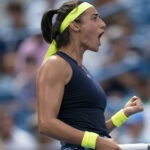