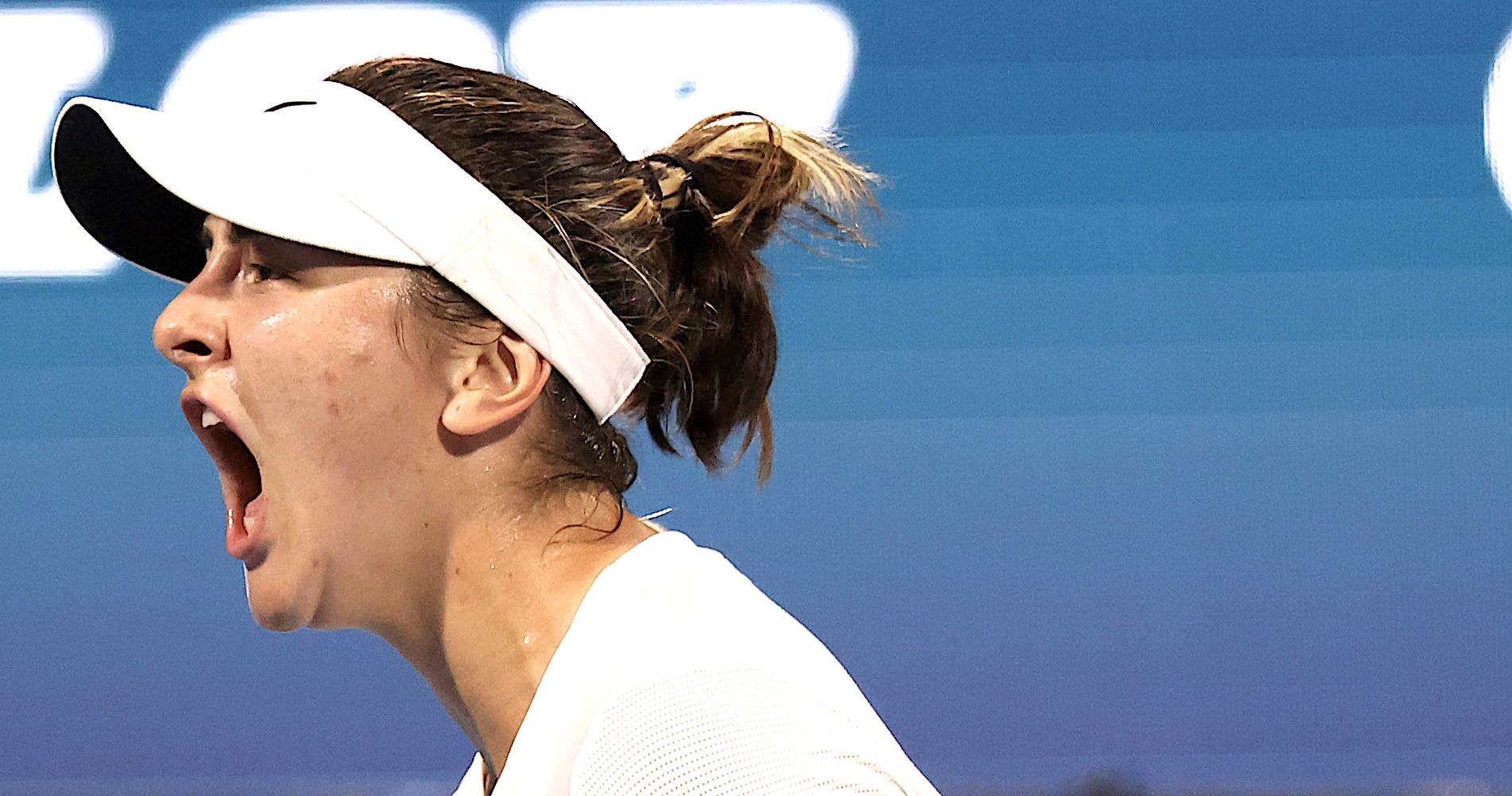 Former US Open champion Bianca Andreescu came from a set down to defeat two-time Grand Slam winner Garbiñe Muguruza 4-6, 6-3, 6-2 to reach the quarter-finals of the Miami Open on Monday evening. Andreescu will next meet another Spaniard – Sara Sorribes Tormo, who also needed three sets to overcome Tunisia’s Ons Jabeur.

2019 US Open champion Andreescu continued her comeback after missing the entire 2020 season due to injury. The Canadian lost in the second round of the Australian Open in her first event back this year, and then reached the semi-finals of the Phillip Island Trophy.

In Miami, Andreescu defeated American Amanda Anisimova in three sets in the previous round and continued to show sparks of her brilliance in her win over Muguruza, who has been one of the most consistent performers on the WTA Tour in 2021.

Speaking after the win, the Canadian claimed that she was super happy after the win, especially since she had to fight back after dropping the first set.

“I keep proving that to myself, and it’s really nice to get that under my belt. I felt super, super pumped the whole match, considering everything that’s been happening. I’m just super, super happy.”

“It wasn’t easy, and I just told myself that I had to trust the process and stay patient, and I think that’s showing here in Miami.”@Bandreescu_ secured her spot in the #MiamiOpen quarterfinals 👇

Muguruza revealed that she did not feel 100% physically during the match against Andreescu, which hampered her performance on the court.

“Definitely, I feel the difference was physically. I felt today out there very limited by that. You know, I felt like my body wasn’t 100% and I had to deal with pain from many matches. But, yeah, definitely physically it didn’t allowed me to play the way I wanted.”

Up next for Andreescu is another in-form Spaniard Sorribes Tormo, who needed three sets to beat Ons Jabuer 6-4, 0-6, 6-1.

.@sara_sorribes marches on in Miami 👊

Another battle that ended in the 🇪🇸 favor, defeating Jabeur 6-4, 0-6, 6-1.#MiamiOpen pic.twitter.com/bukfemGPlM

Ranked 58th in the world, the Spaniard won the WTA event in Guadalajara and followed that with a semi-final in Monterrey, before her run through the Miami Open draw.