Nadal first entered the top 10 after winning his maiden Barcelona Open title in 2005. That and more in this series on the Spaniard’s incredible top 10 run 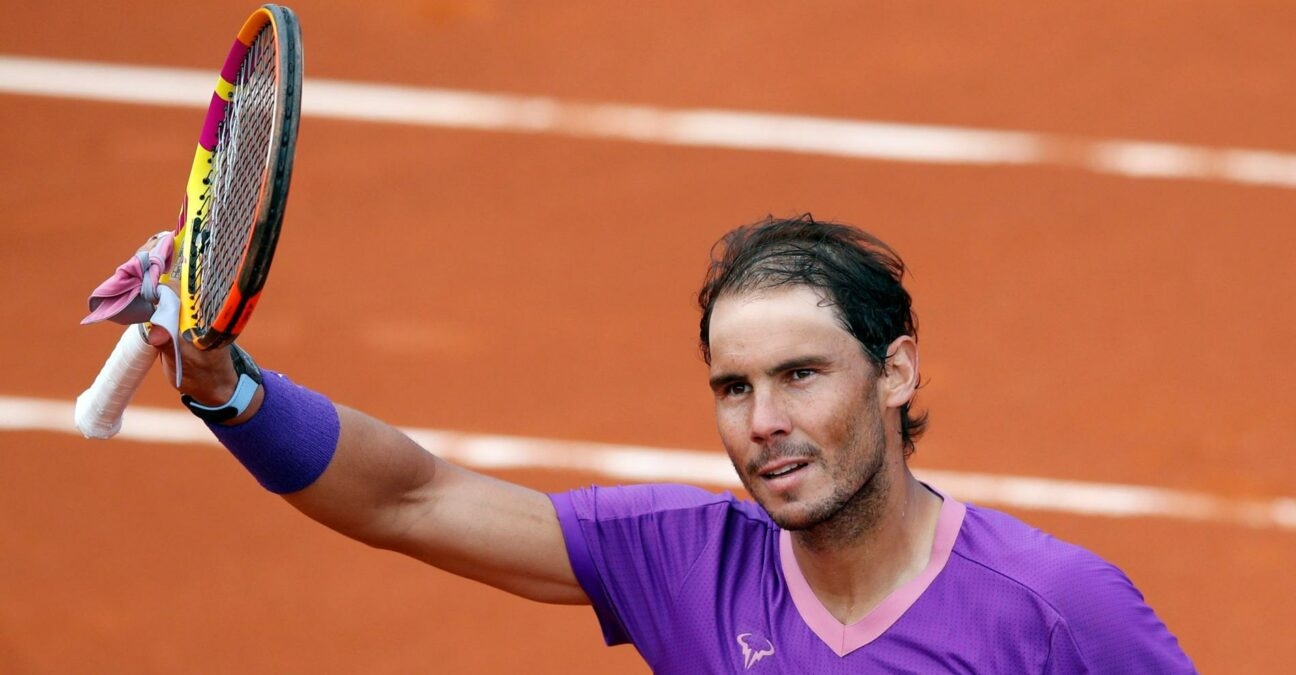 On Sunday, Rafael Nadal won the Barcelona Open title for a record 12th time with a 6-4, 6-7 (6), 7-5 over Stefanos Tsitsipas to claim his record 12th title at the clay-court tournament. And the Spaniard achieved another historic landmark on Monday as he completed 16 consecutive years in the top 10.

On this week 🇪🇸 Rafael Nadal collects his 814 week in a row as ATP Top 10, exactly 16 years pic.twitter.com/TZKsW6dgmt

To mark this occasion, let’s inspect the historical magnitude of Nadal’s untouchable achievement.

When did Rafael Nadal first enter the top 10?

Nadal entered the top 10 in the world rankings for the first time in the week of April 25, 2005, as an 18-year-old after wining the Barcelona Open for the first time in his career. At the time, Nadal was already a sensation, but his status would be elevated even further a month later when he captured his first Grand Slam title at Roland-Garros. 2005, a season that started with Nadal at 51 in the ATP rankings, would end with the Spaniard as the No 2-ranked player in the world!

Below are the rankings from that week, and Nadal and Roger Federer are the only two players in the list who are still active on the tour.

Was Nadal ever close to leaving the top 10 during this span?

During this 16-year span, Nadal has come close to exiting the top 10 on a couple of occasions.

The Spaniard dropped to No 10 in the rankings in early June 2015 after struggling with injuries and form over the past 12 months. In the second half of 2014, Nadal withdrew from the American hardcourt swing after Wimbledon due to an injury. He also underwent surgery for appendicitis after the Swiss Indoors and skipped the rest of the season.

In 2015, Nadal did not win a title in the traditional European clay court swing, losing in the quarter-finals at Roland-Garros to Novak Djokovic, which saw his ranking drop to No 10 and remain  there for seven weeks before he began his climb back up.

In November 2016, he dropped back to No 9 in the rankings after a difficult season by his standards. A wrist injury forced him to withdraw from Roland-Garros in the third round, and caused him to pull out of Wimbledon. This was the first year since 2004 in which Nadal had failed to reach a Grand Slam quarter-final. The Spaniard bounced back once again and has now been ranked inside the top 3 for every week since June 12, 2017. Nadal began his fourth stint – and his 142nd week – at No 1 on August 21, 2017. He would rest atop the ATP ranking for 26 weeks before giving way to Roger Federer.

Nadal has since held the No 1 ranking four more times, and for a total of 209 weeks, good for sixth all time, but notably behind Djokovic (318 and counting) and Federer (310).

How significant is the 16-year milestone?

Novak Djokovic may be keen to catch Nadal in the all-time Grand Slam singles titles race, but his career-best streak of 555 consecutive weeks in the top 10 ended in 2017.

If you’re scoring at home, Ivan Lendl and Pete Sampras are the only other players to have lasted more than 500 consecutive weeks inside the top 10, leaving the total number of players with 500 or more at a grand total of six. They’ve all done commendable work, but none of them can touch what Nadal has done – and is still doing!

How do Federer and Djokovic match up to Rafa’s streak?

Novak Djokovic comes in at fifth place on the list, with 124 consecutive weeks in the top 10. That means the Serb would need to stay in the top 10 for another 13 or so years, or until he is 46, to get to where Nadal is today.

Most consecutive weeks in ATP top 10:

Who holds the record for consecutive weeks in the top 10 among the women?

While Nadal holds the record among the men, he is still some way away from breaking the all-time record if you consider men and women combined. Tennis legend Martina Navratilova spent an incredible 1,000 consecutive weeks in the top 10.

Nadal will need to spend the next 186 consecutive weeks in the top 10 (which would be around November 2024) to equal Navratilova’s record. That means Nadal would have to hold on to his top 10 ranking well beyond his 38th birthday. And he’d have to keep putting up results across 15 Grand Slams, taking him through the 2024 US Open.