Alexander Zverev’s 2020 campaign on the tennis court was a successful one, although it was close to being even better — much better, in fact. He came within two points of a major breakthrough at the US Open. 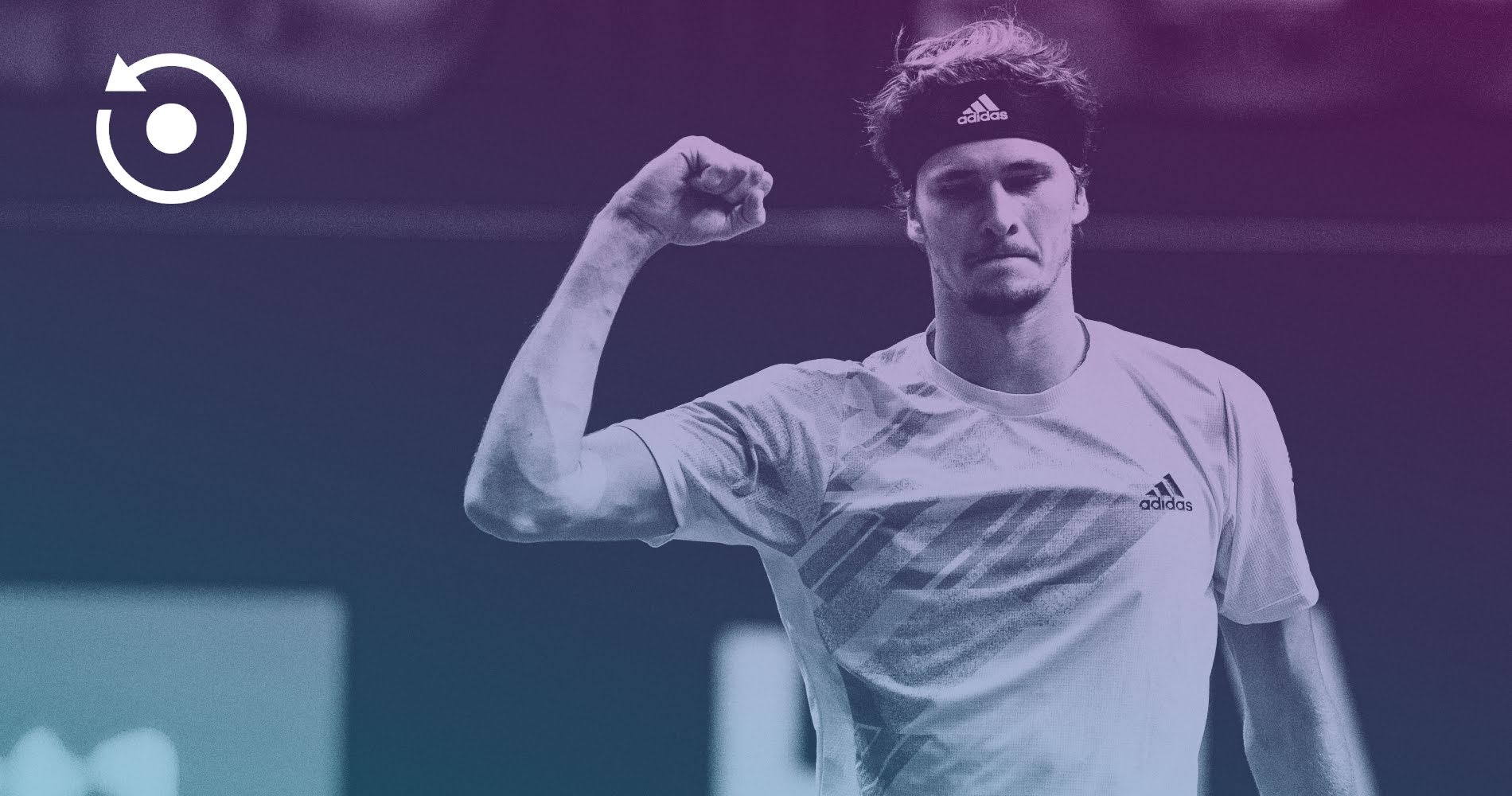 Look no further than Alexander Zverev‘s week-by-rank ranking to find out how consistent he was in 2020. He started the season at No 7 in the world, ended the season at No 7 in the world, and was No 7 in the world for each and every week in between. Yes, the five-month coronavirus hiatus had a lot to do with that; at the same time, though, Zverev produced stellar results from start to finish that kept him well inside the top 10. On the downside, however, he could not quite achieve that one huge result — despite coming incredibly close on multiple occasions.

One of the benefits of the coronavirus-related calendar reconstruction — for Zverev, at least — was the creation of two ATP 250 events in Cologne during the fall indoor season. With the Asian swing having been cancelled, the tour was looking for new additions to the schedule and among them was this back-to-back stretch of tournaments in the exact same location. Zverev took full advantage. Playing at home in Germany, the 23-year-old lifted each of the two trophies inside Cologne’s Lanxess Arena. He lost only one set throughout the first week, eventually beating Felix Auger-Aliassime 6-3, 6-3 in the final. After surviving his first two Cologne 2 matches in three sets, Zverev knocked off Jannik Sinner 7-6(3), 6-3 in the semis and Diego Schwartzman 6-2, 6-1 for the title. 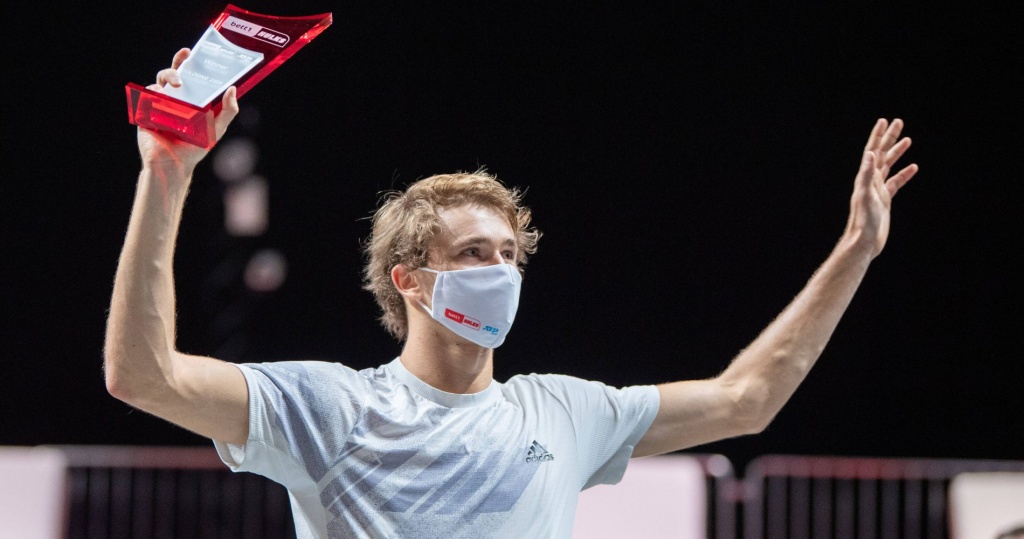 Zverev’s first title of the season almost came a couple of months earlier, and it would have been the biggest of his career. At the US Open, the No 5 seed did extremely well to reach his first Grand Slam final. Only one of his six wins came in straight sets, but he managed to battle past Kevin Anderson (four), Brandon Nakashima (four), Adrian Mannarino (four), Alejandro Davidovich Fokina (three), Borna Coric (four), and Pablo Carreno Busta (five). In the quarter-finals against Carreno Busta, Zverev came back from two sets down to prevail 3-6, 2-6, 6-3, 6-4, 6-3. Two days later, he had the script flipped on him by Dominic Thiem — who erased a two-set deficit of his own to achieve and become a non-Big 3 Grand Slam champion.

Titles: 2 – Both in Cologne

Zverev was on an absolute roll on Cologne but he could not quite put it all together anywhere else on the 2020 circuit. The Monte-Carlo resident came painfully close at the US Open and also reached the final of the Rolex Paris Masters, but at the latter event he fell to Daniil Medvedev in the title match. 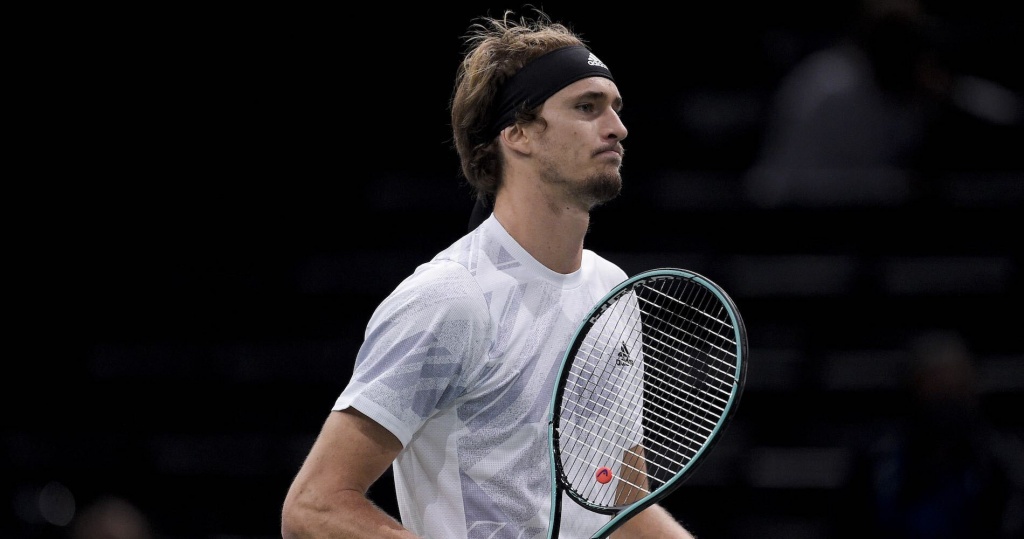 Although Zverev’s mental fortitude en route to the US Open final was commendable, never was the quality of his tennis in 2020 better than it was during the indoor season. After cruising to his back-to-back Cologne titles, he maintained his fine form at the Paris Masters. Zverev outlasted Mannarino in exactly three hours during second-round action and then bounced right back to beat both Stan Wawrinka and Rafael Nadal in the quarters and semis, respectively. Medvedev eventually stopped him in the title match, but it was still a stellar week for Paris’ No 4 seed.

Playing in his first Grand Slam final, Zverev surged to a two-set lead over Thiem. But just as Zverev had refused to go away without a fight two days earlier against Carreno Busta, Thiem was not about to throw away a chance at his first slam title with a routine, straight-set loss. Instead, the Austrian took each of the next two sets and also recovered from 5-3 down in the fifth. After failing to serve out the match, Zverev still found himself two points from the title with his opponent serving at 4-5, 15-30. However, a flurry of stunning forehands by Thiem saw him level the contest at 5-5. The 27-year-old eventually triumphed 2-6, 4-6, 6-4, 6-3, 7-6(6).

“Obviously being two sets to love and a break up in a Grand Slam final then losing is not easy,” Zverev admitted. “For me what upset me the most is not the third set or something like that, it’s the fifth set. I had a lot of chances in the fifth set and didn’t use them. I’m 23 years old. I don’t think it’s my last chance. I do believe that I will be a Grand Slam champion at some point.” 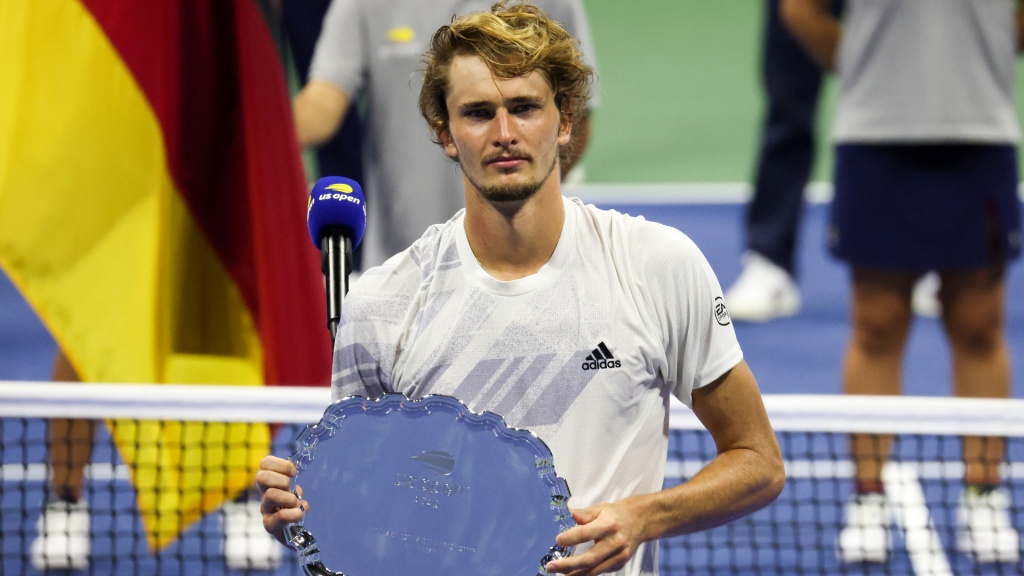 Zverev mostly sticks to tennis posts on his social media accounts, but he does spare some time for family — including older brother Mischa.

Off the court, Zverev is embroiled in domestic-abuse accusations made by ex-girlfriend Olga Sharypova. The controversy flared up in early November after he won back-to-back titles in Cologne. The German was questioned repeatedly about it at the Paris Masters and to a lesser extent at the Nitto ATP Finals, but he did little in the way of going into any detail. Zverev has, however, repeatedly denied Sharypova’s detailed account of their relationship.

After being eliminated from Nitto ATP Finals semi-final contention by Novak Djokovic, Zverev was asked to assess his 2020 campaign.

“It was a great year,” he concluded. “Unfortunately I lost a lot of big matches — unfortunately for me. I lost semifinals in Australia, which I could have won. Lost the final of the US Open, which I should have won kind of. Finals in Bercy…this match here…. So a lot of tough matches, a lot of tough moments, but a good year for me. You want to put yourself in those positions every time. The US Open match obviously still hurts, but all the other ones…it’s great that I’m playing at this level again. You know, if it would be normal ranking, normal year, I would be I think much higher up the rankings than I am now. Still, it was a good year and there is a lot to build on for next year.” 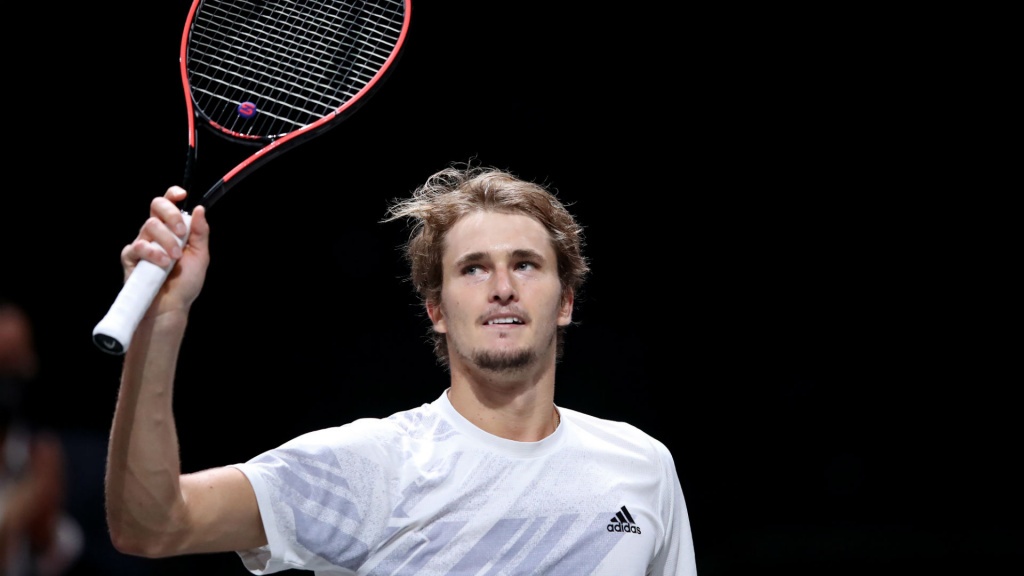 Zverev is exactly right. On the court he had successful season that could have been even better. Based on 2020 results alone, he would be ranked ahead of both Roger Federer and Stefanos Tsitsipas — inside the top five. And he would have had a shot even at top three if he had finished off his impressive performances in New York and Paris with titles instead of runner-up trophies. The offseason may be coming at a good time for Zverev because of his off-court situation, and it remains to be seen how it will impact his 2021 campaign. It certainly did not affect his on-court efforts in 2020. If Zverev can remain physically and mentally fit next season, he looks poised to break back into the top five of the world rankings.