In an exclusive interview with Tennis Majors, the 21-year-old Australian explains how it took some soul-searching during an intense off-season to find his best form. 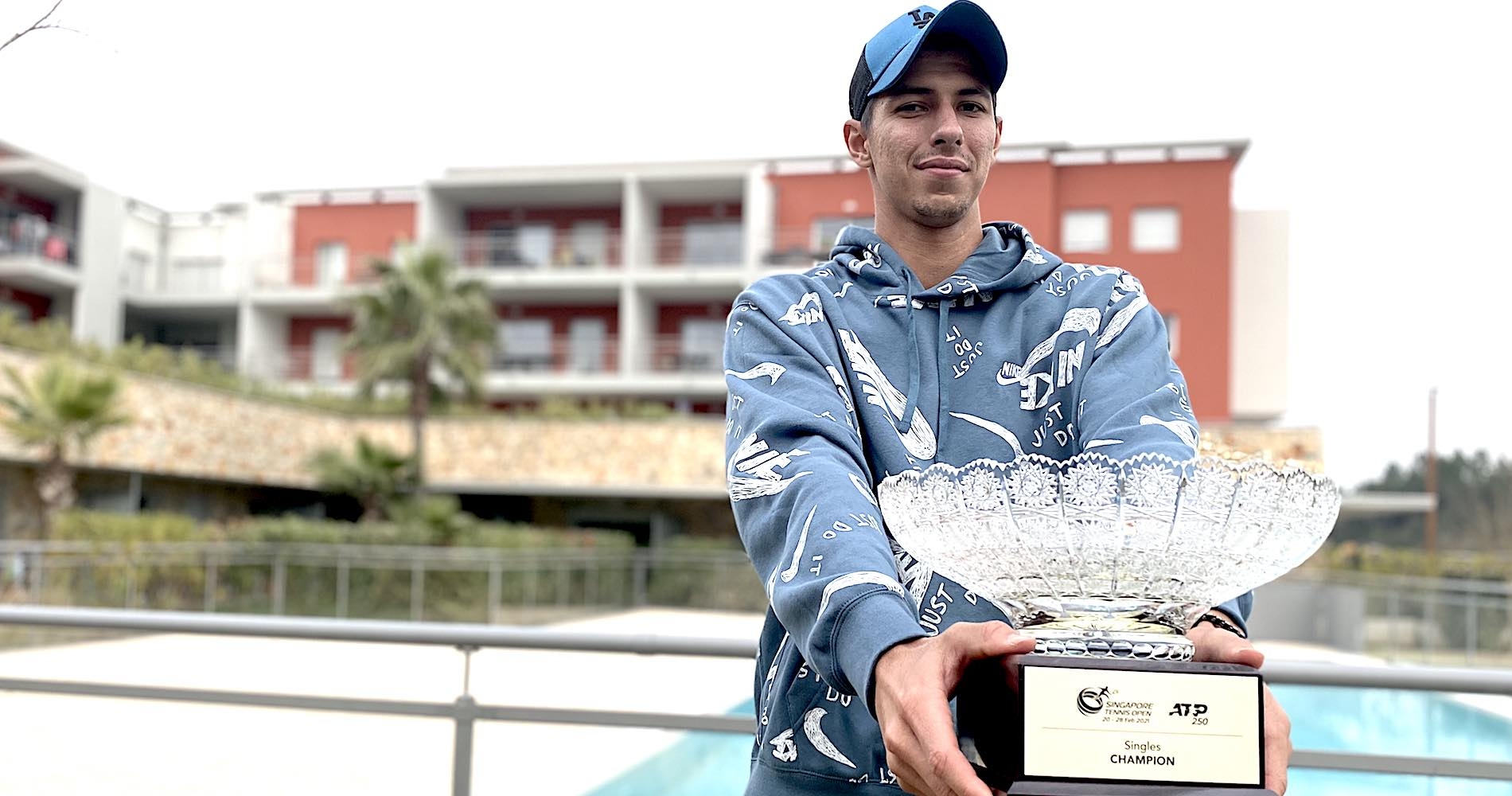 Alexei Popyrin has long-been tipped as a potential star of the future. While his contemporaries have enjoyed a steeper climb up the rankings, the Australian has taken time to find his feet.

But after deciding to take more personal responsibility for his career, he recently picked up his first ATP Tour title to rise to a career-high ranking of No 82. In an exclusive interview with Tennis Majors, the Australian reflected on his Singapore triumph and discussed his future aspirations.

You are now an ATP champion. You won your first title on the tour. What is the feeling?

The feeling is good. It’s what we worked for so hard during the pre-season. It doesn’t stop at this, though. I have more aspirations; more goals. But it’s definitely a really good feeling. It shows that the hard work is paying off slowly. The last couple of years I’ve had slow starts to the years — good results at the Aussie Open but that’s about it. I don’t think I expected that I would win a tournament at the start of the year. I didn’t expect it, but it shows I put the hard work in during the preseason.

When did you feel like it could be your week?

I wasn’t even planning on playing the tournament, but we decided to when people started withdrawing and I got directly into the main draw. We thought if I got the opportunity to get to play in the main draw of an ATP tournament, why not fly over there and play? At first I didn’t want to go because of the 22-day quarantine you would have to do if you were a close contact or were positive. But my Mum did the convincing, saying that there is basically zero Covid cases in Australia and zero Covid cases in Singapore, so it was very unlikely that I would be a close contact or test positive. So after she said that I decided to go. The first couple of days were hard. It was a hard bubble. You could only go to the courts and then back to the hotel; there and back and that’s it. I just wanted to go home; I didn’t expect anything from the tournament. But I took it one match at a time and I kept the focus: ‘I’m here for one thing and that’s to win the tournament’. I told my physio: ‘Look, we’re here for one thing. We’re not going to risk 22 days in quarantine to lose in the first round. We’ve got to make it pay off’. And it paid off. 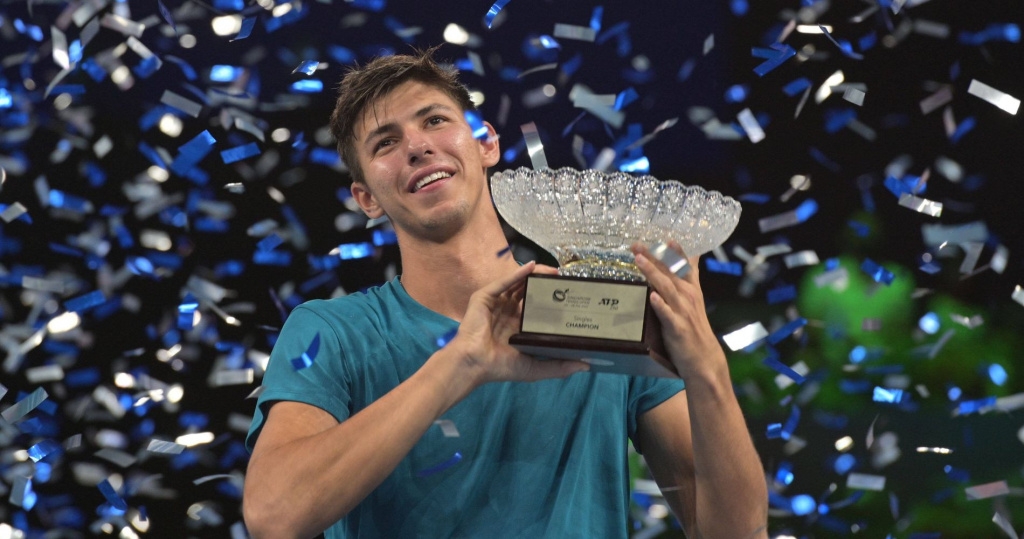 Was it the best tennis of your career? How do you rate your performance?

It was the best tennis of my career — not because of the level, but because I kept the high level for a long period of time. I kept it for five matches in a row. That’s something we worked on in the pre-season. The level was always there (even in Australia), I was just trying to string a lot of matches in a row at that level. I did that in Singapore. The problem with my tennis was I’ve always had the level to take out top players, but it was doing that on a weekly basis in every match. It’s something we’ve been working on. It’s slowly getting up there.

What was the plan during the pre-season?

I finished my last tournament (of 2020) at the end of October and took (time) off until the start of December. I went and got my head together. I went to London where my girlfriend is and spent two and half weeks there — not even looking at a tennis racquet. I came to the pre-season on December 1 with the mentality: ‘Last year was shit, but I’m going to forget about last year’. The first four weeks we did at the Mouratoglou Tennis Academy. The first four weeks were mainly focused on fitness — a lot of endurance, a lot of stretching. The main focus was endurance, keeping a high level for a long time. That was really hard; I was spending from 9 am to 6 pm at the courts; sometimes 10 days in a row I was training at that pace. For the tennis sometimes we would go to Monaco, or we would do hard work here (at the Mouratoglou Academy). In the last few weeks before Australia we went to Dubai. I played with Shapo (Denis Shapovalov), (Gael) Monfils, and (Karen) Khachanov. In Monte-Carlo I played with (Stan) Wawrinka and a couple of times with (Lorenzo) Musetti.

It was a long pause (in November), but it was something I had to do because I wasn’t enjoying my tennis (in 2020). I had to just get my mind off it, try to be happy. I had to clear my head. I took my dog to London — my dog, Archie; he’s already nearly a year old. He’s much bigger now and much more well behaved. It was a whole adventure with him. We took the train from Nice to Paris and then drove to London.

What made last year so difficult?

The first lockdown was for me the most I’ve enjoyed my time in a long time. It was so fun. It was here (at the Mouratoglou Academy). I was with my whole family, my girlfriend was with me for three months, spending so much time with family watching movies and playing board games. It was something I got used to after three months. I wasn’t doing much fitness; I gained a few kilos. But it was tough for me to get back into form after that. I think all of that translated into my game. And it affects my game, it affects my mental state because I’m not winning matches. It’s like a spiral that goes down. It wasn’t easy, especially with all of the Covid restrictions. 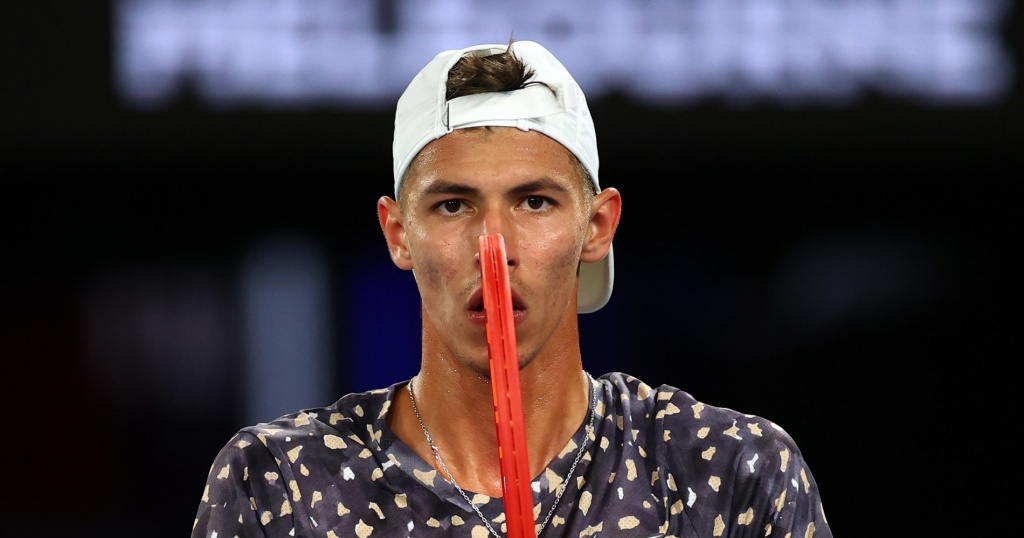 Mentally I was like: ‘That it. I’m done losing. I don’t want to lose anymore. I want to do all the work I possibly can to not go and lose in the first round in each tournament’. That was the motivation for me in the pre-season; that pushed me. I was really pushing myself in the pre-season, more than ever; like really more than ever. I don’t think I’ve ever been so tired in the pre-season. But it works. The hard work works. It was inner motivation; it was something that came from within me. I was sick of losing.

What’s the next goal, for this season and beyond?

I feel like I’ve got all the potential in the world. Since I was a little kind my goal has been to be No 1 in the world and to win Grand Slams. I don’t think that belief has gone away; I believe I can do that. If you don’t feel like that, there’s no point in playing tennis, honestly. If you don’t have that belief then you’re not going to make it; it’s as simple as that. Whether they say it or not, it’s what everyone’s got in them if they are a pro. But I’m just going to take it one match at a time. Who knows how far I can go the rest of the year? It’s only the first two months of the year and I’ve already gotten to my career-high (No 82). It’s not like I’m done for the year. You keep striving higher and higher. I see no limits where I can go this year. If I keep the same level, then why not.