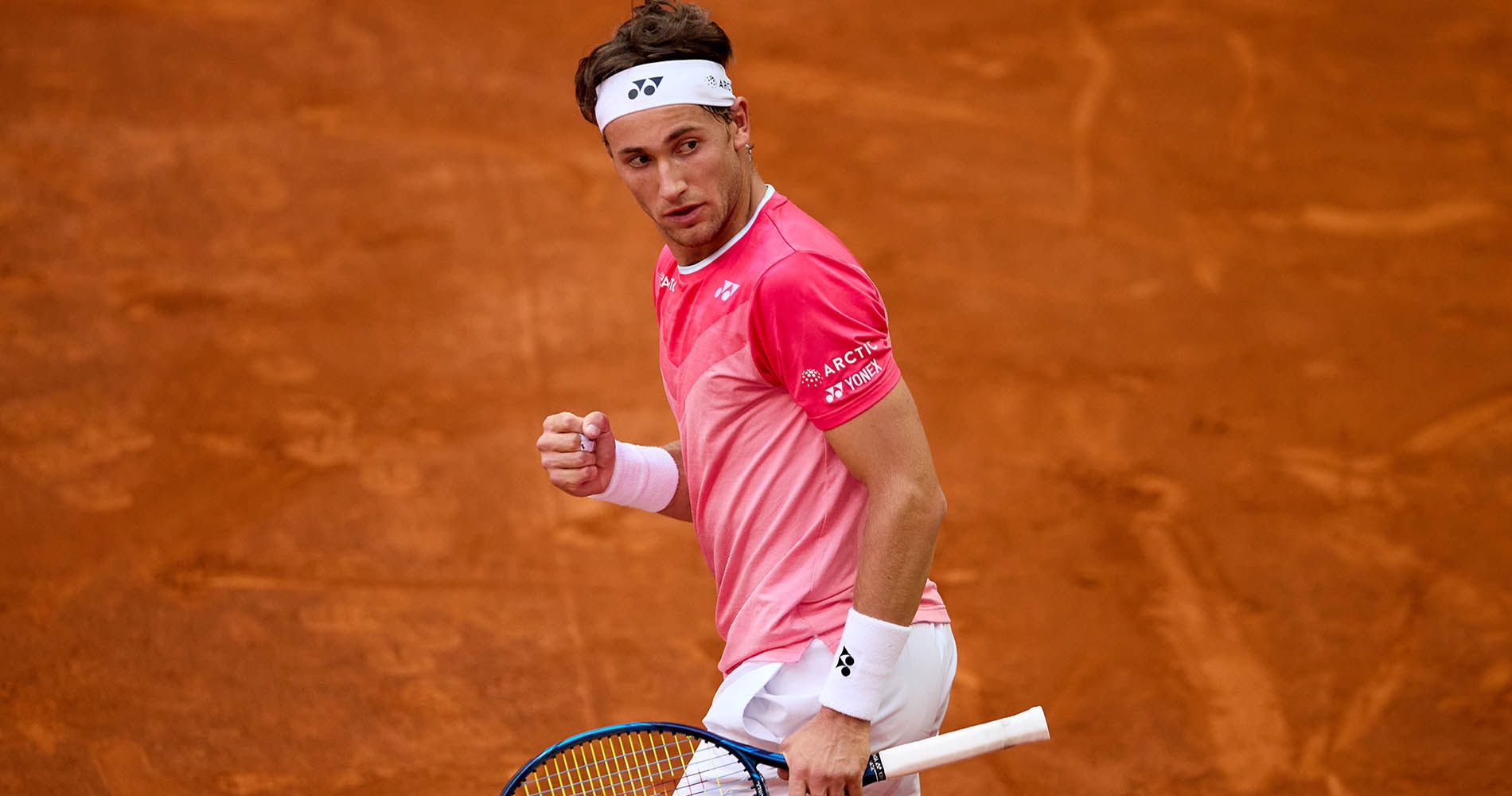 22-year-old Casper Ruud is a force on the clay and he proved his dominance on the surface against 18-year-old Holger Vitus Nodskov Rune on Thursday at the Bastad Open, notching a 6-0, 6-2 takedown of the promising teenager to reach his ninth career quarter-final, and seventh on clay.

Ruud was a force over the course of the 65-minute contest. He dropped just six points against Rune and won 15 of 17 second serve return points to improve to 2-0 against Rune – he has dropped just five games in the two contests.

“I am very happy today,” he said, according to the ATP Tour. “It is a surface I have had the most success of my career, it is great to be back here in Bastad.

“I think I was very professional in my mindset today. I played a match without any errors really from the first to the last point. It is a nice feeling being the top seed but also pressure. I felt great crowd support, it is nice to feel that energy.”

Rune enjoying a solid season on the ATP Tour

Despite the lopsided loss today, Rune has put together a solid run of results and currently sits at a career-high ranking of 211. He has won three tour-level matches this season, including his first match at Bastad where he defeated Moldova’s Radu Albot, and he played his first quarter-final at Santiago, becoming the first ATP quarter-finalist from Denmark since 2006.

Ruud will face qualifier Henri Laaksonen in quarter-final action on Friday at Bastad. The Norwegian seeks his 36th clay-court victory since the start of 2020, and he is hoping to earn his second title of 2021 this week, and third overall.

Cristian Garin, the No 2 seed, will face Federico Coria of Argentina. The top-ranked Chilean player is seeking his sixth career title in his second appearance at bastad.

Ruud and Garin are the only seeds remaining in Bastad. Spain’s Roberto Carballes Baena, who defeated No 3-seeded Fabio Fognini on Thursday, will face Norbert Gombos, who took down No 8-seeded Emil Ruusuvuori.