Juan Martin del Potro’s thrillride of a career has likely come to an end. Injuries cut his win totals, but they did not keep him from reaching the apex, both physically and emotionally. 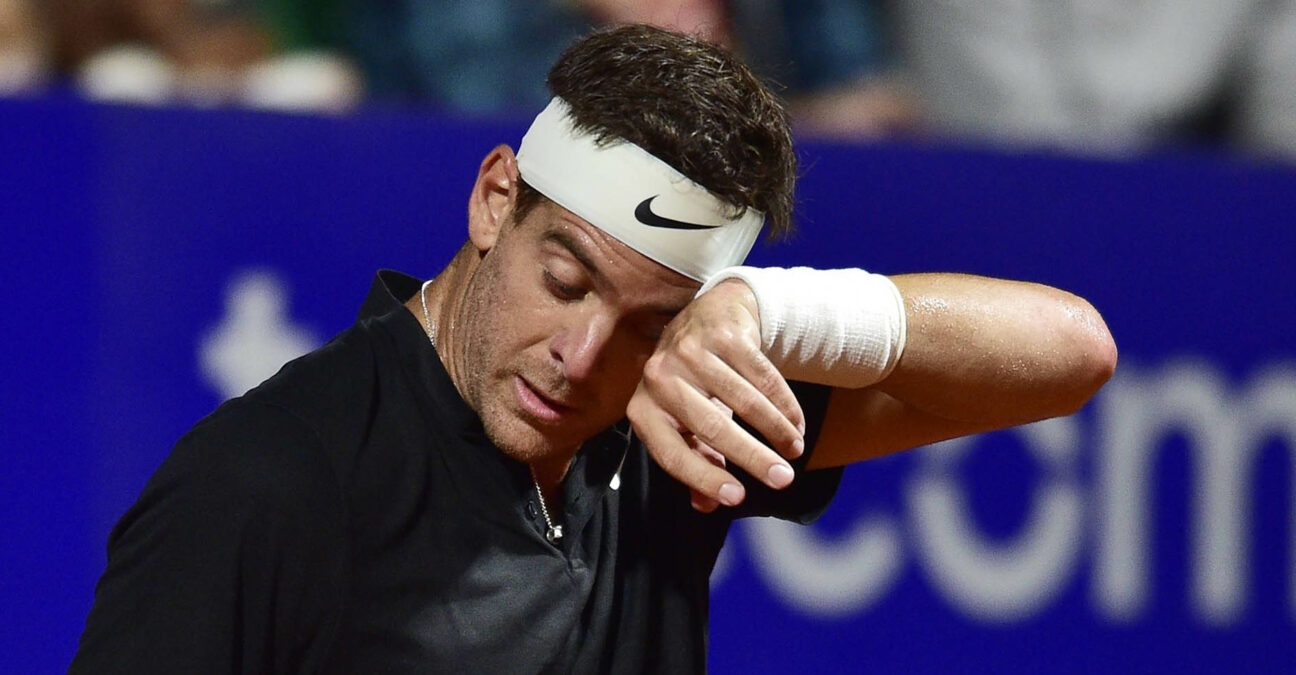 He came, he saw, and even though he lost on Tuesday night at the Argentina Open in a match that seemingly marked the end of his illustrious career – he conquered. Once again, not surprisingly, Juan Martin del Potro conquered our hearts. That was what he always did, whether he was winning or losing, whether he was feeling 100 percent fit and in his prime, or suffering from the litany of unfortunate injuries that would eventually lead to the premature ending of what is likely to be a Hall of Fame career. 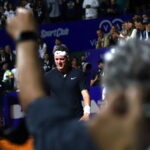 A tough night on court, an emotional night at the microphone

Del Potro mustered some of his best tennis in the second set on Tuesday night, holding serve three straight times and then saving five break points in the seventh game before finally yielding and losing the final three games, but the most poignant moments of the match didn’t revolve around the tennis at all. They were emotional moments, especially the one between games at 5-3 in the second set, as Del Potro broke down in tears while being serenaded by the Buenos Aires faithful.

The emotions of the moment overwhelming him, it took Del Potro everything he had just to make it to the line to serve. Things didn’t change after the match. He was in tears as he addressed the crowd, and told them that if this was his last match, he was happy to have played it in front of his people.

During these moments, we could sense both the sorrow and joy that Del Potro felt. Having not tasted competitive tennis since June of 2019, he wanted to say goodbye properly, on the court and not in the pressroom. Though the scoreline was firmly in Delbonis’ favour on Tuesday night, Del Potro was the clear winner for making that dream come true.

Del Potro – the king of the tearjerker and a humble soul

Juan Martin del Potro aka “The Tower of Tandil” just had a way of pulling our heartstrings. He was the ultimate gentle giant and the king of the tearjerker. He hugged line judges during matches – out of the blue. He hugged fans after matches, after placing one of his trademark bandannas on their head. He was a man of the people in a very special way.

And he was a magnet for drama.

Del Potro found himself in some of the most dramatic matches of all-time, like the 2016 Olympics when he took out both Novak Djokovic and Rafael Nadal, while simultaneously sympathising with the pain that each felt in defeat. He was humble in those moments, a man who knew the pain of defeat on multiple levels, and he was a gracious victor that always had time to console a competitor.

It’d be easy to compile a never ending list of ridiculously entertaining matches that Del Potro took part in: the 2018 Wimbledon quarterfinal with Nadal – what a rollicking affair! The 2012 Olympic semi-final with Federer, 19-17 in the third – an instant classic! We could go on. And on…

His tennis was incredible, but it was the personality that heightened the aura of Del Potro. That is what will forever stick with us when we think of Juan Martin del Potro. His charisma. His humility. His humour. His passion. His magical ability to suck us all into his world, where we lived and died with him as he walked the fine line between agonizing defeat and jubilation.

Some will say he was robbed of the chance to achieve more, by injuries, and it’s hard to disagree.

But Del Potro did have his days in the sun. You don’t carry around a Hammer of Thor forehand for 15 years on tour and not come home with a bunch of trophies in your bag. The Argentine won 22 ATP titles but none were as special as the 2009 US Open, when the then 20-year-old whizzed past Roger Federer, toppling the five-time champion and becoming the only player to ever rally from two sets to one down against the Swiss maestro in a Grand Slam final.

Yeah, del Potro did that! And he owned a total of ten victories over reigning world No 1 players – the gentle giant was a bona fide giant killer.

He could have done a lot more winning if it weren’t for the aforementioned injuries. The wrist injuries crushed his momentum for years, and, four scary surgeries later he was back on tour with only a slice backhand, but still on a mission to take his place at the top of the game. Eventually he did get back to the top, leading Argentina to its first Davis Cup title (after four heartbreaking defeats in the final), winning an Olympic silver medal at the 2016 Rio games, and reaching the US Open final in 2018 – nine years and two brand new wrists after he had claimed that emotional title.

Del Potro lost that final, to Novak Djokovic, but much like tonight’s loss to Federico Delbonis in Buenos Aires, it didn’t totally feel like a loss. It felt, rather, like another step in an inspiring journey of an incredible human that was about so much more than tennis to the legion of fans that followed him throughout his career.

With Del Potro, maybe the heartbreak and the sorrow were always part of the plan. As difficult as it is to sit here and contemplate the end of a career that could have – no, should have – been so much more legendary, if we really sit back and look at Juan Martin del Potro’s tennis career with the proper perspective, we can come to the realisation that we wouldn’t have wanted it any other way.

Del Potro’s procession in and out of the operating room was hard to watch and it broke our hearts. It felt unfair, senseless and cold. But life is not about what happens to us, it’s about how we react to what happens to us. And the way that Juan Martin del Potro lived his moments out in the public eye, the way he battled with all of his heart, all of his pride and all of his soul to come back to tennis after four wrist surgeries, and then again after four knee surgeries, made his career unlike any other.

The pain is part of his legend.

As much as we’d love the fairy tale ending to Del Potro’s career, when we really think about it, we got something more meaningful. We watched a man struggle against his body for the last ten years. He pushed himself past what he – and we – thought was possible, won the ATP’s Comeback Player of the Year award not once but twice, and showed true grit, vulnerability and passion for the sport like we’ve never seen before.

As much as it hurts to see him reach the end of his career, we should take real and lasting joy in the realisation that Juan Martin del Potro well and truly left everything out there on the court. And he did it with a style unlike any other – we were lucky to have him.

What’s next? Living pain-free is the goal, as the window stays “open”

Del Potro left a small window open for himself as he spoke to reporters on Tuesday night, saying: “Now I have to take care of the knee for my life, for the day to day. But I’m going to leave the window open in tennis because what I experienced tonight is unforgettable. If today was my last game, I’m leaving happy.”

Del Potro, who walked to the net and draped his bandanna over the net cord, still holds belief that things can change for the better with his body, and he doesn’t want to close the door on that.

“I don’t know if it’s going to happen, because the pain in my knee is very high. But I will keep doing a big effort to fix the knee, and if I get that, maybe I will have another chance to play.”

Whether he tries again or not, he has given himself solace by returning to the court and avoiding one of the things he couldn’t stomach – saying goodbye to tennis in a press conference.

Mother and sister there for support

With his mother and sister in the packed crowd, supporting him with fervor, he was able to experience what he called one of his greatest emotions on a tennis court.

“It’s difficult to explain how I felt on the court. So many emotions,” del Potro said after the match. “The atmosphere was crazy, the people were crazy, and I had one of my best ever matches in my career with the crowd.”