Confident Paire too good for Brown in UTS2 opener

The Rebel, Benoit Paire, made a confident start to his UTS2 campaign as he beat Dustin Brown 3-1 on Saturday. 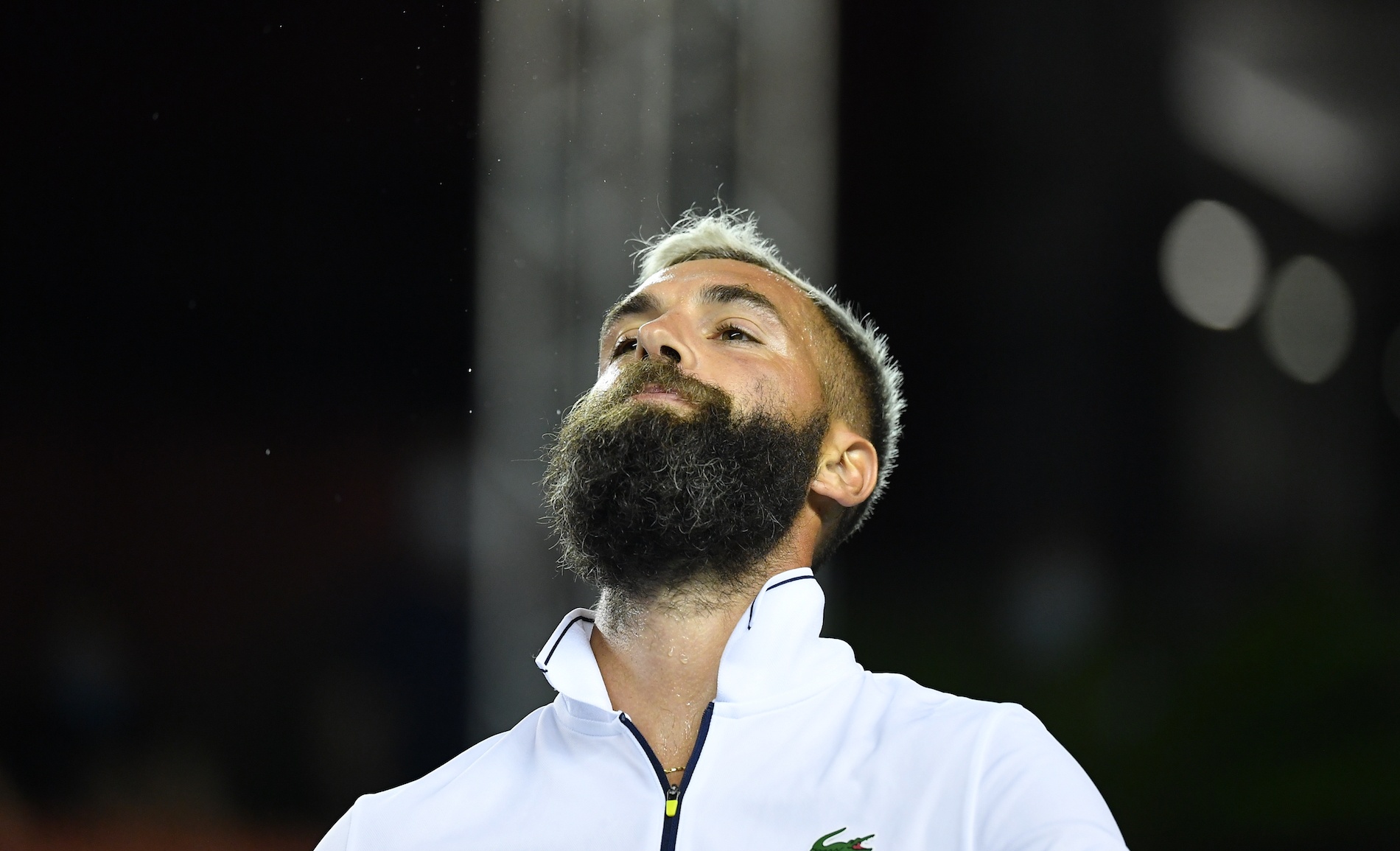 Benoît Paire, The Rebel in action at UTS (night session)

The Rebel outplayed The Artist, serving brilliantly and crunching some stunning backhands as he repeated his win over the German from UTS1, clinching a 20-15, 21-13, 17-19, 21-15 victory at the Mouratoglou Academy in the south of France.

“I was feeling much better on my serve, really happy about it,” world No. 22 Paire said. “I was very focused on the game. I know the rules a little bit better, I made a good match, it was a good performance for me. UTS1 was not good performance for me, great entertainment but not the results I wanted. Honestly, I started a little bit better on this one. My goal is to win UTS2.” 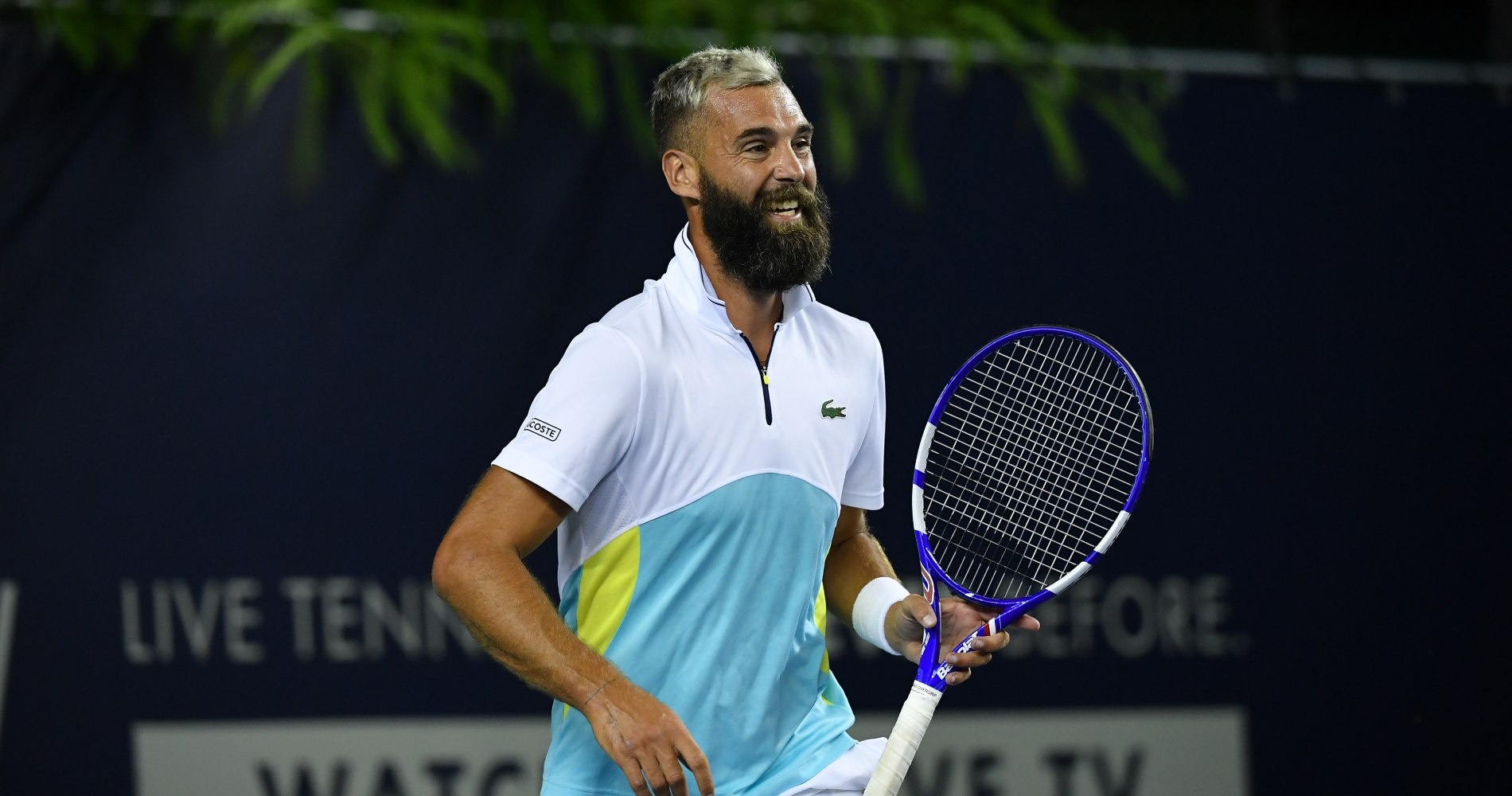 The match began in predictably bizarre fashion as Paire forgot the new no-lets rule, and reacted slowly to Brown’s serve as it clipped the net. The German led 4-0 and used his next point counts double card early. But he lost both points and Paire eased into the contest, leading 8-6, only to lose both points when he used the steal serve card as The Artist pulled within one point.

That was as close as he got, though, as a double-fault from Brown cost him the chance to level at 10-10. Instead, The Rebel, who saved his next point counts double card to the end, showed his talent with a couple of stunning shots, pulling away to win the opening quarter with something to spare, even if he still found time to have a discussion with the umpire over one of the rules.

“If I don’t complain it’s because I’m sick,” Paire said. “I served well, made a lot of first serves. Not a good start for him when he used a card and I won both points.”

Brown said he wasted his early lead. “I didn’t use my chances again,” he said. “If you make those points and have the big lead, it’s a different situation. Just too many mistakes.”

Paire, who lit up UTS1 with his personality, especially his willingness to get into all sorts of arguments with anyone who would listen, seemed unusually focused as he moved into a 9-5 lead early in the second quarter.

Brown tried his winner x 3 card and on the first one, produced an audacious backhand volley on a ball that was going well out, but Paire ran it down and put the backhand away.

Can someone explain what happened on this point? 🤔#UTShowdown pic.twitter.com/Ee0qEjtP5H

Serving beautifully, The Rebel used his winner x 3 card nicely, putting away a forehand volley to extend his lead to 15-9. Coach Morgan Bourbon called a timeout after Paire argued about a line-call, just reminding his man to use his winner counts double card.

“I’m really happy. I’m playing good tennis today, served very well, I’m really confident tonight,” Paire said, before adding that having Bob Sinclar on the sidelines, playing music between quarters, was an inspiration. “You know I love him,” he said. “He’s a very good friend. I really like his songs. He made some new songs, I’m really happy to see him.”

Brown led the third quarter 10-5, pulling clear with a forehand winner on his winner x 3 card. The Artist thought he’d found another three-pointer with an ace down the T but it was called out, much to his disgust.

With the call bothering Brown, The Rebel then won the next seven points to take a 12-10 lead but Brown levelled and then led 15-13 before two Paire aces made it 15-15.

With his winner counts double card still to play, Paire was the favourite but when he used it at 16-16, he lost both points, one with a stunning forehand return from The Artist, helping him pinch the quarter to stay alive.

“Sometimes you just hope and pray and close your eyes,” Brown said of the forehand return. “The odds were not on my side there.”

Paire finishes it off in style

The intensity dipped at the start of the fourth quarter but Paire quickly gained control, going 12-8 up and then, at 13-11, winning both points on his winner counts double card to go six points clear.

That left Brown no time to get back into it and the Rebel cruised through the final minute or so to make a winning start to UTS2.