Having broken into the top 10, made his first Grand Slam semi-final and qualified for the ATP Finals for the first time, Diego Schwartzman will look back on 2020 as the best year of his career so far. 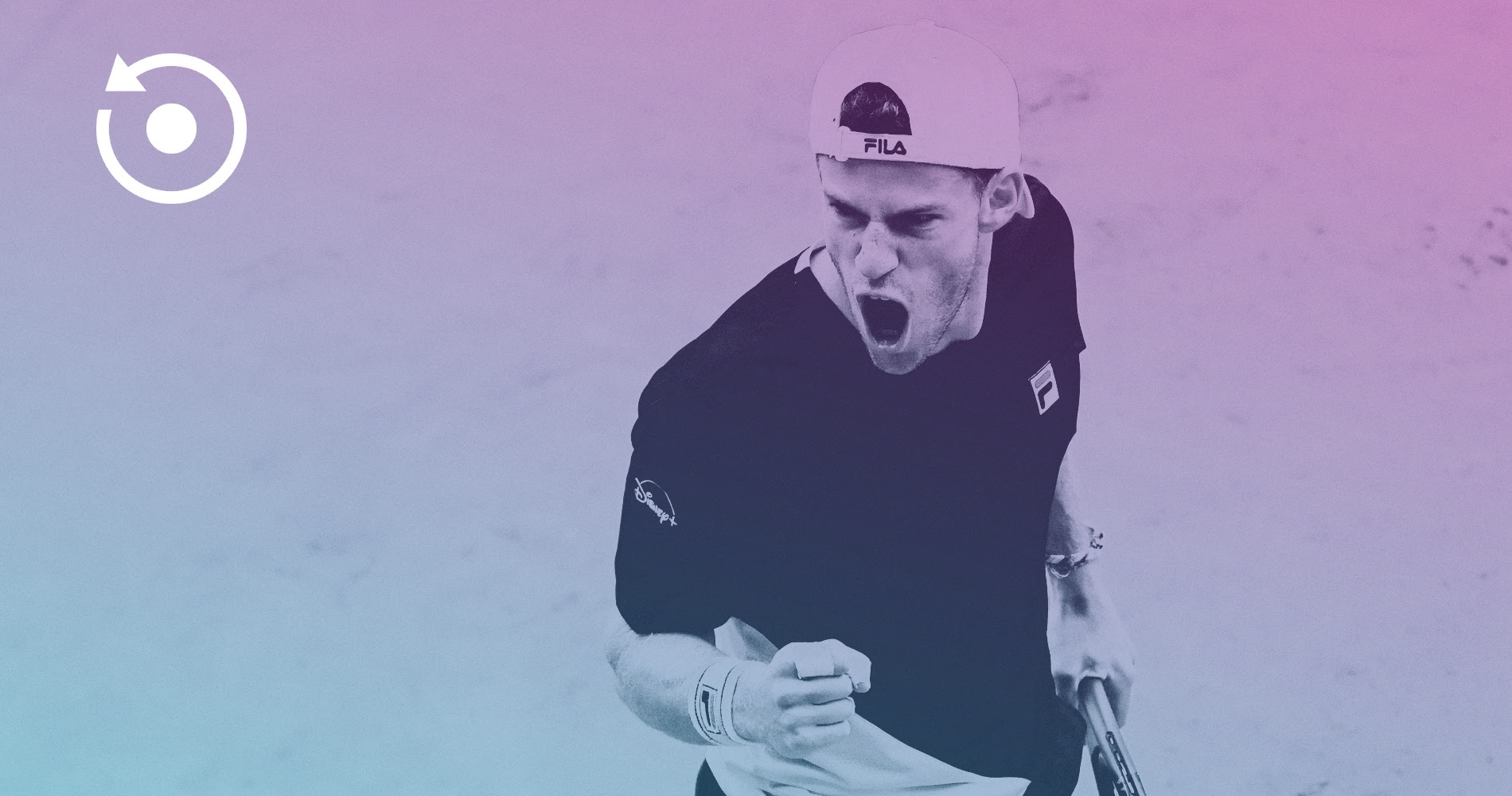 Good things come to those who wait. In his seventh full year on the Tour, Diego Schwartzman achieved a number of firsts and ends 2020 at No 9, having briefly hit a career-high ranking of No 8 when he qualified for the Nitto ATP Finals.

Until arriving in the quarter-finals in Rome, Schwartzman’s record against Rafael Nadal stood at 0-9 and the Argentinian had won just two sets in that time. But on a humid, heavy night at the Foro Italico, Nadal’s ability to hit through the court was blunted and Schwartzman, chasing down everything and giving back more than he received, produced the best performance of his career, his 6-2, 7-5 victory a major breakthrough, mentally. He played well in the final, too, pushing Novak Djokovic in a tight first set and though he lost, the confidence he gained was enormous.

Diego Schwartzman gets one of the biggest wins of his life, beats 9 times champion Rafael Nadal 6-2, 7-5 to reach the semifinals in Rome for a 2nd straight year.

Best performance in a Grand Slam: Reaching the semi-finals at Roland-Garros

Schwartzman took his Rome form to Paris where even a change in conditions did not affect his form. A brilliant quarter-final win over Dominic Thiem was the highlight but a rematch with Nadal in the semis proved a step too far as the Spaniard made some crucial adjustments from Rome to secure the win. 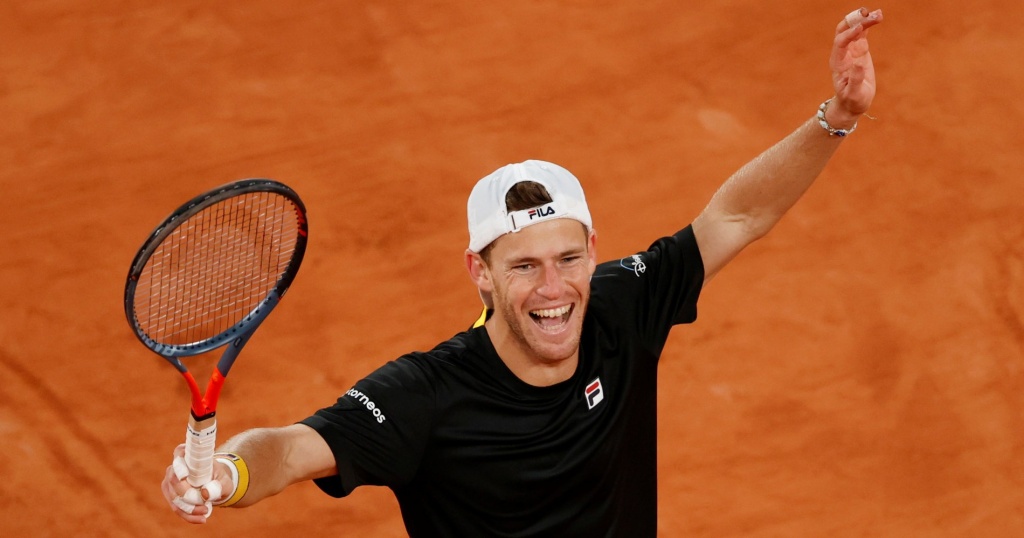 It’s strange that his best year should not yield a title but consistency is everything when it comes to rankings and Schwartzman’s strong performances, week-in, week out, secured him a place in the season-ending ATP Finals for the first time. Yes, he didn’t win a match should not take away from the effort of making it.

Thiem was expected to be the biggest threat to Nadal in Paris, coming soon after his first Grand Slam title at the US Open. But a gruelling victory over Frenchman Hugo Gaston in the previous round left Thiem a little depleted and Schwartzman pushed him and pulled him around the court, coming from two sets to one down, snatching the fourth on a tiebreak and running away with the fifth to reach his first slam semi-final.

For two sets, Schwartzman looked like he would cruise through to round two against Cameron Norrie. But the Scot stormed back to take the third and fourth sets, only to fall 5-3 down as again the Argentinian took control. But against the odds, Schwartzman collapsed and Norrie, saving two match points, won the last four games to record one of the best victories of his career. 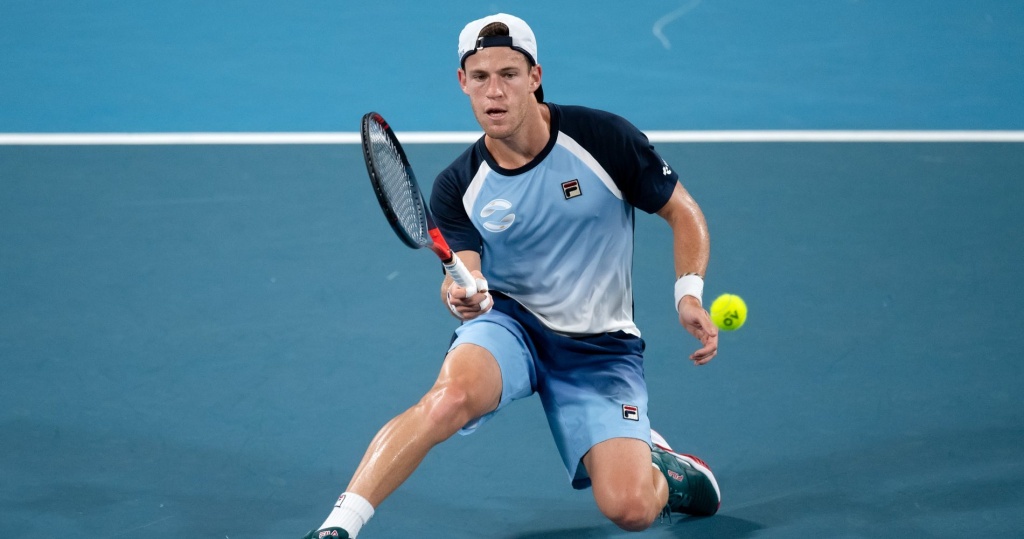 On social media: Fun, success and support from home

Tennis is hugely popular in Argentina and the country’s tennis players are always quick with their messages of support. And so as Schwartzman was busy doing his thing, he was inundated with encouragement, including from some legends of the game.

And he is not afraid to show a bit of personality on the court, either.

Together with NBA star Manu Ginobli, Schwartzman was active during the Coronavirus lockdown. The pair worked together with Seamos Uno, a charity initiative which raised funds to give food and hygiene boxes for families in need in Buenos Aires.

“When Manu told me about the project… I did not hesitate to help,” Schwartzman said. “It is minimal next to what the 450 volunteers (have done).”

Schwartzman is also a well-respected dancer. At the Nitto ATP Finals, the entire field agreed that he was the best dancer of the group.

Self assessment: “It’s not easy out there”

After his defeat by Nadal at Roland-Garros, Schwartzman offered his feelings on why breaking the domination of the Big 3 has been so hard.

And in an interview with Tennis Majors, Schwartzman said Thiem’s win at the US Open was an inspiration to the chasing pack.

“Dominic is helping a lot of guys,” Schwartzman said. “(Alexander) Zverev as well, playing the final there, to think, OK, we can do it.”

At the age of 28, Schwartzman is hitting his peak. Having beaten Nadal in Rome, reached his first Grand Slam semi-final at Roland-Garros, broken into the world’s top 10 and qualified for the ATP Finals – all for the first time – his confidence has never been higher. The more he mixes with the biggest names in the sport, the better he will become and there is no reason why he cannot make another step up in 2021, as long as he stays healthy.