Marton Fucsovics takes out Andrey Rublev in five sets at Wimbledon on Monday afternoon. Fucsovics will face Novak Djokovic in the quarter-finals. 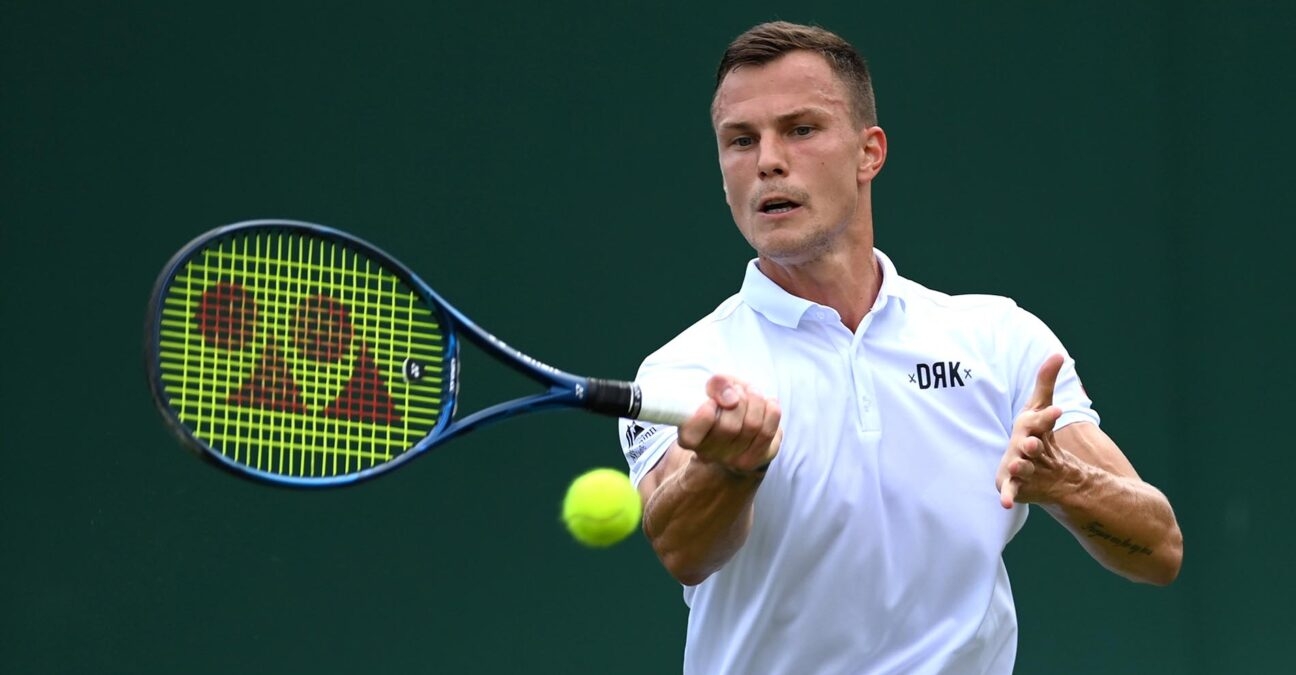 Who can stop Novak Djokovic at Wimbledon?

Jack Draper, Kevin Anderson, Denis Kudla, and Cristian Garin were massive underdogs, and none of them came close to the top seed. Another huge underdog will get a shot at Djokovic in the quarter-finals following the Manic Monday results. After Djokovic took care of Garin 6-2, 6-4, 6-2, Marton Fucsovics upset Andrey Rublev 6-3, 4-6, 4-6, 6-0, 6-3. Thus it will be Djokovic vs. Fucsovics on Wednesday.

The Djokovic-Garin outcome, of course, was never really in doubt. Needing only one hour and 49 minutes to advance, the Serb did not drop serve a single time.

“I’m delighted to see more fans on Centre Court today,” Djokovic told the crowd during his on-court interview. “It’s a pleasure to see you all. Thank you for coming; I hope you enjoyed it as much as I did. It has always been a dream to come here and play on what is probably the most sacred court in the world. It always gives you goosebumps. I can recall that this court has always evolved the most butterflies (and) nervousness that it can in a player.”

Garin was playing on Centre Court for the first time in his career and never really had a chance to trouble the world No 1. The Chilean, who is the essence of a clay-court specialist, double-faulted five times and hit only two aces. He finished with 14 winners and 26 unforced errors.

Djokovic, on the other hand, fired nine aces compared to just one double-fault and won 23 of 29 net points.

“(My) confidence level is obviously very, very high after winning the French Open,” the 19-time Grand Slam champion said. “It took a lot out of me, but at the same time it gave me wings. It gave me the confidence level I needed for Wimbledon. And the energy level is good. I look forward to the next challenge.”

Fucsovics gets first win over Rublev in 2021

The next challenge for Djokovic will unexpectedly come in the form Fucsovics, who had been 1-4 lifetime against Rublev — including 0-3 already this year. From out of nowhere, though, Fucsovics turned the tide by prevailing in five sets after two hours and 41 minutes.

After Rublev wrested control of the match by winning the second and third sets, the Hungarian answered with nine consecutive games in his favor. He dished out a bagel in the fourth and then seized a 3-0 lead in the decider. Rublev briefly got back on serve, but the Russian was broken again at 2-3 and from there he could not recover.

It was an outstanding performance by Fucsovics, who hit 14 more winners than errors (41 to 27), won 88 percent of his first-serve points, and won 22 of 27 net points.

The world No 48 is 0-2 lifetime against Djokovic but has taken a set each time. 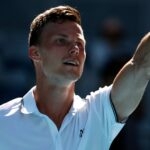