After unofficially clinching the year-end No 1 ranking by beating Borna Coric in the Vienna second round on Wednesday, Novak Djokovic reflected on the GOAT criteria. 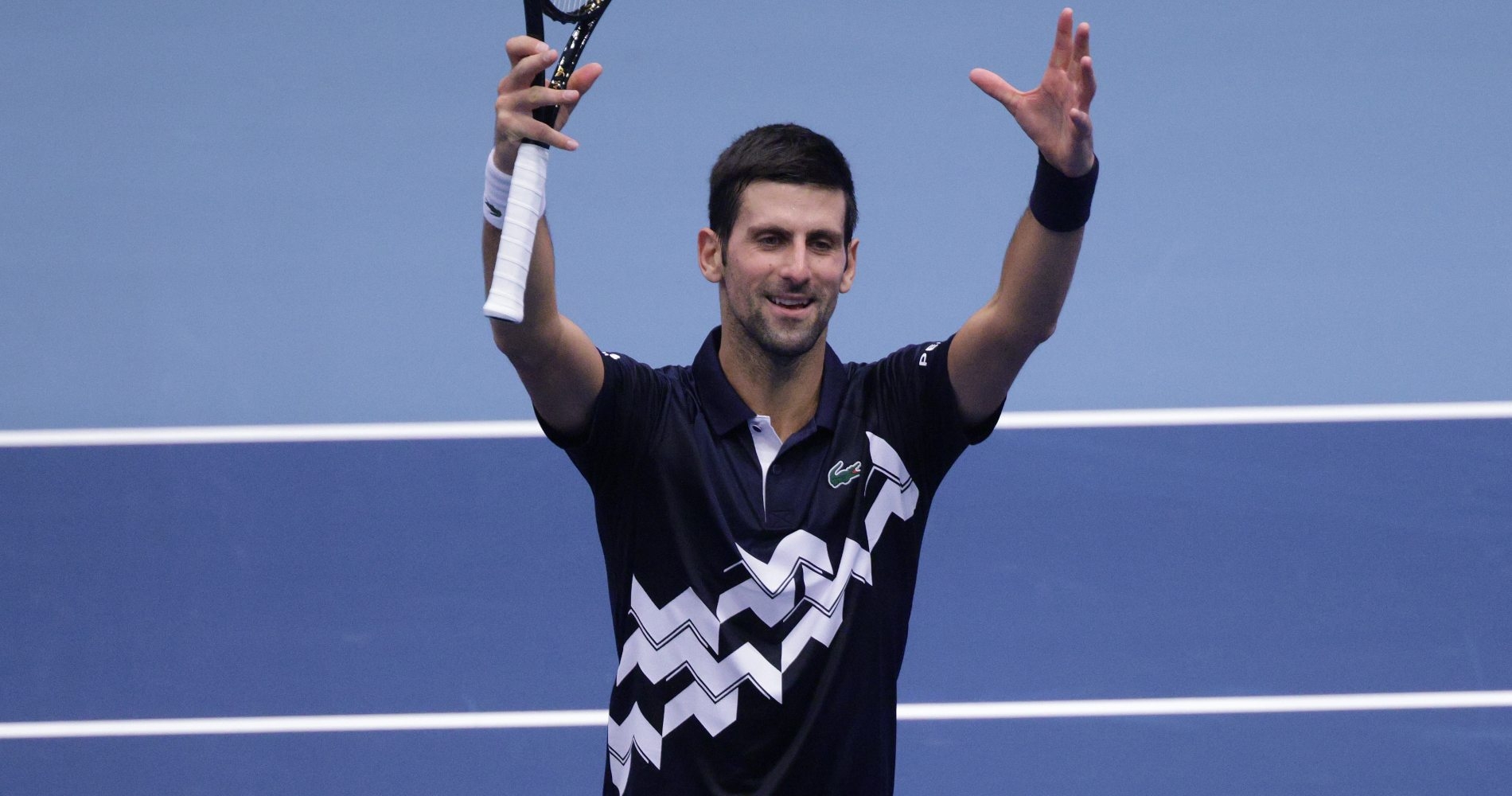 In the era of the Big 3, a record gets broken more often than not. That was again the case on Wednesday — albeit unofficially — as Novak Djokovic will be the season-ending world No 1 for the record-tying sixth time.

The Serb will be equal with his childhood hero Pete Sampras and he has separated himself from Roger Federer and Rafael Nadal, both of whom have been No 1 players in the world at the end of five different seasons.

Djokovic produced especially marvelous seasons in 2011 and 2015, winning three slams each time. He was the year-end No 1 in 2012, 2014 and 2018, as well. This new accomplishment is another pro-Djokovic argument in the never-ending GOAT debate.

But that is a discussion that Djokovic does not feel right to be a part of, as he recently admitted.

Novak, we have heard you say before the tournament that you do not want to enter the GOAT debate between yourself, Federer and Nadal, that it is not your place. But at the same time you love tennis very much – so, from your perspective, what are the most important aspects, the main criteria when people talk about who is the GOAT of tennis?

Well, it is really hard to say. From what I have seen and it is obviously so, most people that follow and love tennis are emphasizing Grand Slam titles and weeks at No 1 in the world, as well as year-end number one seasons. I do not know which one I would choose as the most significant; for me those two are perhaps equally important.

It depends on the perspective, of course. Grand Slams are historically the most significant tournaments in our sport — there is not any doubt in regard to that. Winning a slam is like winning a world championship, only we have that opportunity four times a year. Those are two exhausting weeks in every sense for every one of us. Slams are the pinnacle of our sport and absolutely every player tries to be at his best when the slams come; that is what makes them so essential and so challenging.

On the other hand, you could argue that a player has a greater chance of blossoming, playing tennis of his life in those two weeks and winning a slam compared to odds of a player maintaining that rhythm and level of play throughout the year, which would make him the world No 1 at the end of the season. That is why the historic number one is the biggest goal of mine at the moment, because I know how difficult and demanding it is.

I am very close and I hope I will achieve that goal (Djokovic could eclipse Federer for weeks at No 1 on March 8, 2021), it is perhaps the ultimate goal because you need to be at your best for every tournament, not just the slams. And you need to do it within an extremely competitive environment – in the Sampras and Agassi generation and earlier, it was not uncommon for someone not to play at one slam let’s say. But since I have started playing professionally, that has never happened, barring an injury. I have skipped only one slam in my whole career, US Open 2017 because of the elbow injury. So, the quality is great and the intensity is high. But again, I do not feel right; it does not feel comfortable for me to comment on who is the GOAT. I will leave that to others.

Except for those two, which other criteria would you single out in that debate from your unique perspective as a player?

There is a lot…. Head-to-head record, Masters titles; excluding slams, the Masters are the biggest tournaments in tennis. There are a lot of them in a year and in 95 percent of the cases all the top guns were there – Federer and Nadal, my biggest rivals, then Murray, Wawrinka…. Masters are very demanding, as well. This is what comes to my mind now. 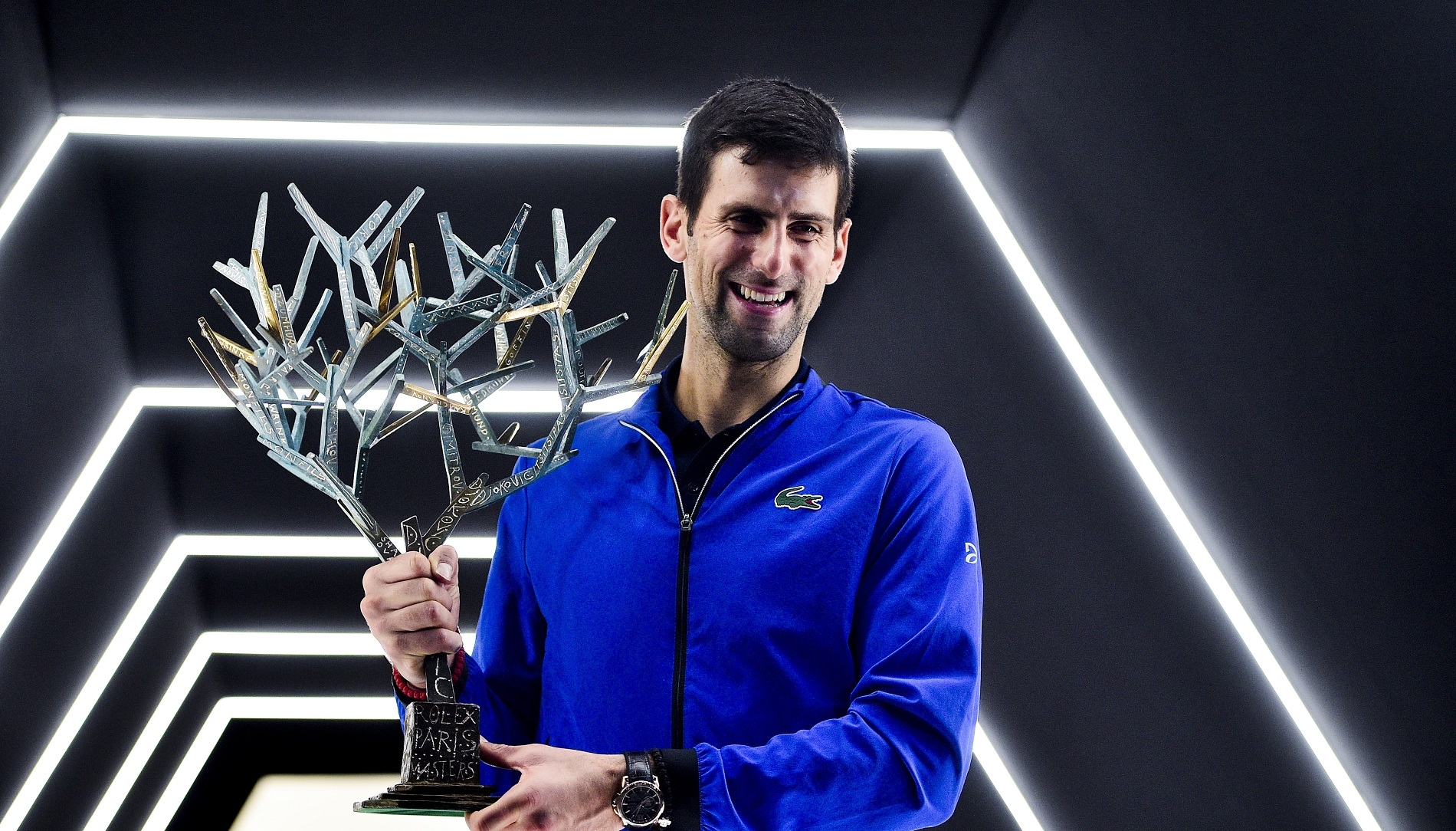 Djokovic beat Borna Coric in the Erste Bank Open second round on Wednesday, which would clinch the year-end No 1 ranking unless Nadal takes a wildcard into Sofia Open in between the Paris Masters and Nitto ATP Finals. The second-ranked Spaniard would have to win all three tournaments in order to have a mathematical chance at the top spot, and even then he would need Djokovic to lose at some point in Vienna and lose all of his matches in London.

The top seeed is due to play the winner of Thursday’s Hubert Hurkacz vs. Lorenzo Sonego match.