Federer calls for ATP-WTA merger, King, Nadal and others support the idea

Roger Federer wondered on Twitter this Wednesday if it would be possible to merge the ATP and the WTA, so men’s and women’s tennis circuits could be united to create a single governing body. 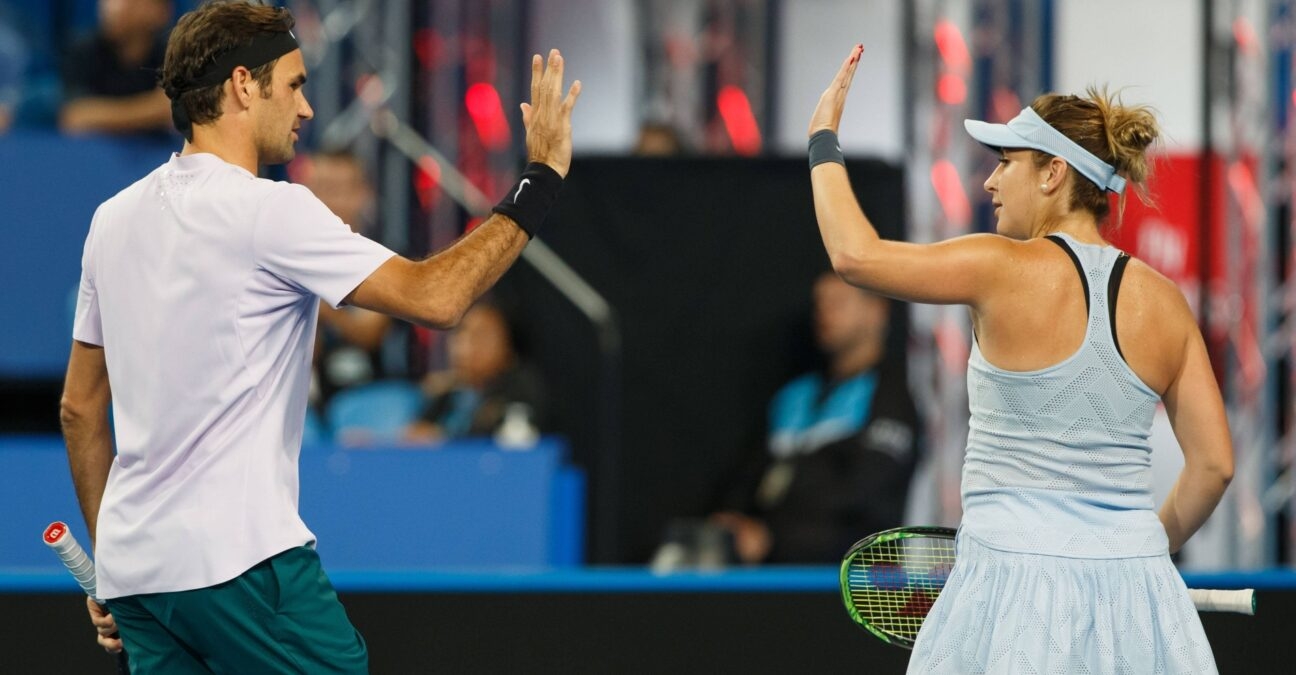 Roger Federer and Belinda Bencic during the 2018 Hopman Cup

There could be a revolution incoming. As the coronavirus pandemic has stopped the tours, tennis’ actors are thinking about how their sport could evolve for the better in the coming years.

Therefore, Roger Federer, the biggest star in tennis, took a stand on Wednesday for a united front in tennis between male and female players. “Just wondering…..am I the only one thinking that now is the time for men’s and women’s tennis to be united and come together as one?”, the Swissman wrote on Twitter.

The record-holder for the most Grand Slam titles in history for the men (20) detailed his idea in another post.

“I am not talking about merging competition on the court, but merging the 2 governing bodies (ATP and WTA) that oversee the men’s and women’s professional tours…”

Federer also argued that “it’s too confusing for the fans when there are different ranking systems, different logos, different websites, different tournament categories.”

If men and women already share the same stages during the biggest tournaments in the world, like the Grand Slams or some Masters 1000/WTA Premier, they depend upon two different governing bodies. An anomaly in place since the beginning of the Open Era in 1968. But that a personality as influential as Federer proposed a new system could push the processus forward.

The proposal from Federer immediately aroused a number of reactions from the tennis world on Twitter. One of the Original 9 who initiated the creation of the WTA in 1973, Billie Jean King was thrilled : “Let’s make it happen.”

“I agree, and have been saying so since the early 1970s, explained the 76-year-old American and 12-time Grand Slam champion. One voice, women and men together, has long been my vision for tennis. The WTA on its own was always Plan B. I’m glad we are on the same page.”

“Hey Roger Federer, as you know per our discussions, I completely agree that it would be great to get out of this world crisis with the union of men’s and women’s tennis in one only organisation.”

Simona Halep, WTA world no.2, also publicly agreed with Federer on this particular topic, but Nick Kyrgios, ATP world no.40, went against this idea : “Did anyone ask the majority of the ATP what they think about merging with the WTA and how it is good for us?”

With big male and female players pushing for this proposition, a 50-year split-off could still come to an end in a near future. For now, ATP and WTA did not answer the call. But it would be tough for them to ignore such an idea coming from arguably the greatest player of all-time.

“It probably should have happened a long time ago, but maybe now is really the time, urged Federer on Twitter. These are tough times in every sport and we can come out of this with 2 weakened bodies or 1 stronger body.”

Xinyu Wang won against Kristina Mladenovic 6-4, 6-2 on Tuesday evening and will...