The Frenchman beat Andrey Rublev in straight sets to win the Halle title, giving him a huge confidence boost going into Wimbledon 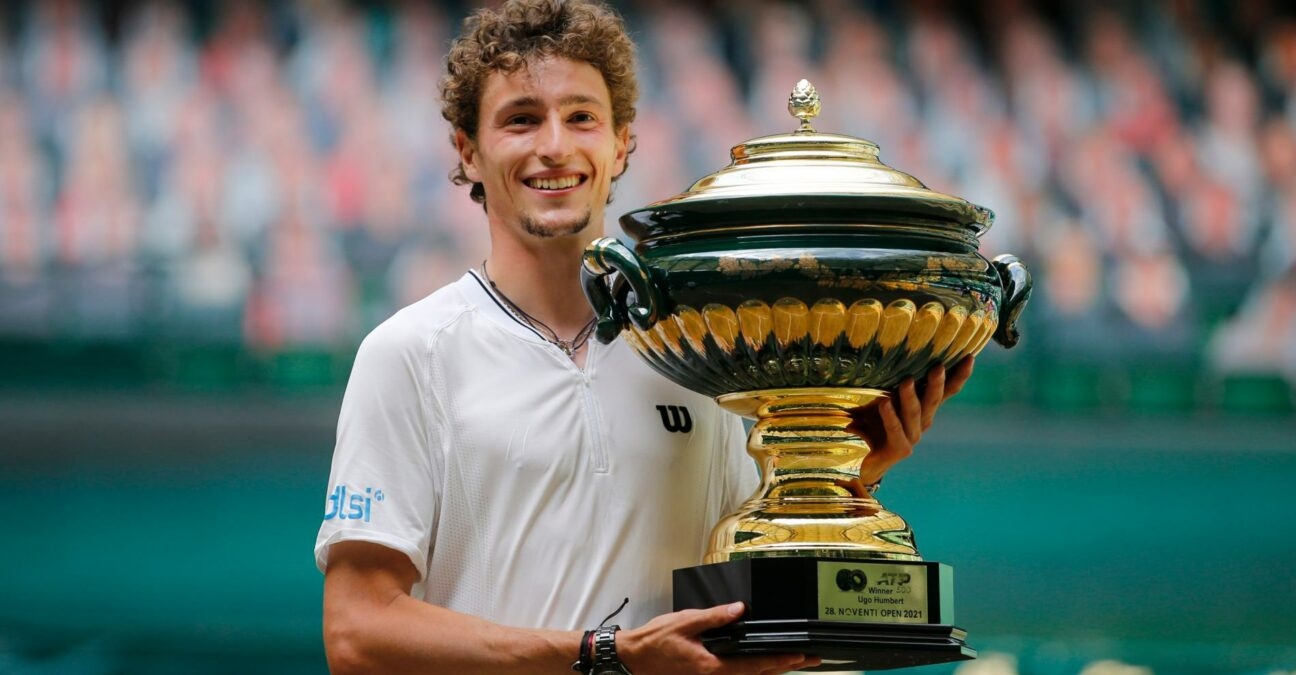 Frenchman Ugo Humbert claimed the biggest title of his career to date as he beat world No 7 Andrey Rublev 6-3, 7-6 (7-4) on Sunday to win the Noventi Open in Halle.

The 22-year-old broke once to win the first set and then held off Rublev in the second-set tiebreak to win his first title on grass and the third of his young career.

“It’s incredible,” said Humbert, who will rise to around No 25 in the rankings on Monday. “The best victory of my career. I’m very proud because it wasn’t easy, I was a little but tired today but I tried to stay focused on each point. It’s very nice.”

After winning all of his matches in three sets to reach the final, the left-handed Humbert served brilliantly throughout to deny Rublev what would have been his first title on grass. He hit 29 winners and just 17 unforced errors in a high-quality match.

Humbert sank to his knees on the baseline after another thumping forehand sailed away for a winner and he will now go into Wimbledon full of confidence, with Rublev also singing his praises.

“I have often told my coach that you play in an incredible way,” he said. “You have everything to be a very great player. So keep working, doing everything you do. You play very well, you have incredible shots. I wish you a great career. “

Humbert is the first man to win the Halle title on his debut since Lleyton Hewitt in 2002.