“Heat will be the biggest problem for players in hard quarantine”

A total of 72 players are spending two weeks in hard quarantine, in air-conditioned rooms and no outside time allowed. For Fabien Cosmao, the physical trainer for Bianca Andreescu, this situation could cause some damage when facing the hot Australian weather in competition. 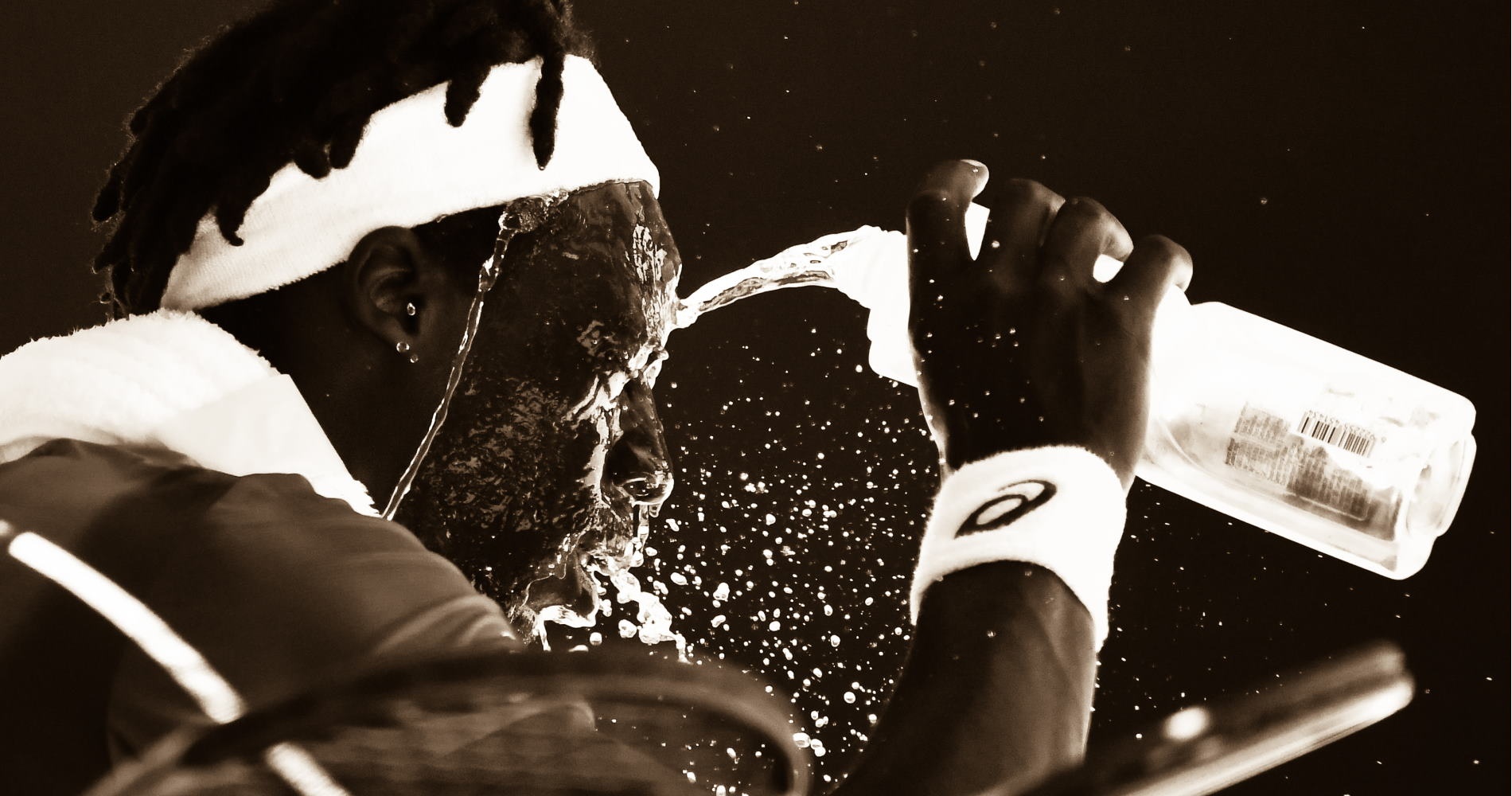 Among the inconveniences of the hard quarantine imposed on Australian Open72 players affected by a flight contaminated with COVID-19, it is this one that strikes the most fear: the loss of the beneficial effects of physical preparation. “Weeks and weeks of difficult work will be wasted for a positive case in a three-quarters empty plane”, tweeted Alizé Cornet, before deleting her message.

The Frenchwoman was not the only one to display this legitimate concern. The problem is more complicated than that and, in some good news for the players, they will keep most of the profits of their work. This is what Fabien Cosmao, physical trainer at the Mouratoglou Academy, who notably supervised the preparation of Bianca Andreescu for seven weeks in Dubai, tells us.

Andreescu has been in strict quarantine, along with 71 other players, since the weekend of January 16. For two weeks, with the Australian Open’s start date of February 8 looming, she must remain confined to her hotel room, without any authorized exit.

“I do not think that it will spoil the preparation in its entirety, Cosmao says. In two weeks, you don’t have time to lose all the qualities you worked on before. When Bianca heard the news, she was obviously very disappointed. But she reacted quickly. Tennis players have a great ability to adapt. Every week they adapt.”

“It’s even hotter in February”

Despite the confinement, Bianca Andreescu and her “comrades in isolation” will be able to maintain themselves physically, Cosmao says.

“During quarantine, you will continue to be able to work on the physical (side) a little. You will keep your qualities. They also gave equipment to the players. They are entitled to a bicycle in their room, dumbbells etc, in addition to the personal equipment they already have. The body remains active. Players do a lot of Zoom fitness sessions with their coaches. I give Bianca session programs, I chat with her. The players, on average, do 1hr30 of physical training per day in their rooms, plus exercises with shadow tennis (doing the gestures – forehand, backhand) to remain in sync, the speed from the top of the body and intensity on the low.” To Cosamao, though, the weather will be the biggest issue of the upcoming Australian Open for these 72 players. After two weeks in a hotel room where air conditioning imposes its law on the thermometer, players will have to face the inhospitable Australian air, with temperatures regularly exceeding 40°C.

“The big negative point for me is the weather conditions,” he says. “Players in quarantine will not be able to benefit from this two-week period of adaptation to the heat. Those who can now go out to train have a big advantage over that. I know Bianca, for example, needs time to acclimatise. A week (the one before the Australian Open, after quarantine is over) to adjust is a bit short. Maybe some players will struggle in the middle of the afternoon, during the first rounds. Especially since the tournament has been postponed by three weeks. It is even hotter in February. It may be even more difficult for the men, who play in three winning sets.” (best of five sets)

“The biggest problem is tennis”

In “normal” times, already, it is not uncommon to see some players suffer from discomfort or be placed on an IV after long battles in Melbourne. This year, the phenomenon could intensify.

“There can be dehydration, great fatigue, more cramps… A lot of parameters can drift,” Cosmao fears.

The brutal 42°C heat really took it's toll on Alize Cornet during her defeat to Elise Mertens pic.twitter.com/Vxy9dH0Bbw

Muscle injuries are the other risk associated with this situation. Away from the training court, despite the “shadow tennis”, it is difficult to practice the specific movements of this high intensity sport. In competition, some muscle groups could fail.

“For two weeks, some muscles – in the rotator cuffs of the shoulders, the hamstrings, whatever is used for supporting work – will not work with the same intensity as usual. The muscles can forget these specific movements a bit.”

“Bianca (Andreescu) is coming back from injury, she has spent 14, 15 months without playing (she has not played in official competition since the WTA Finals at the end of October 2019). For about 10 weeks now, during the winter preparation, we have done a lot of preventive work to keep her from getting injured again. The big challenge for her this year is to be able to play matches without physical problems. Because when she does it, you know she’s playing really well.” 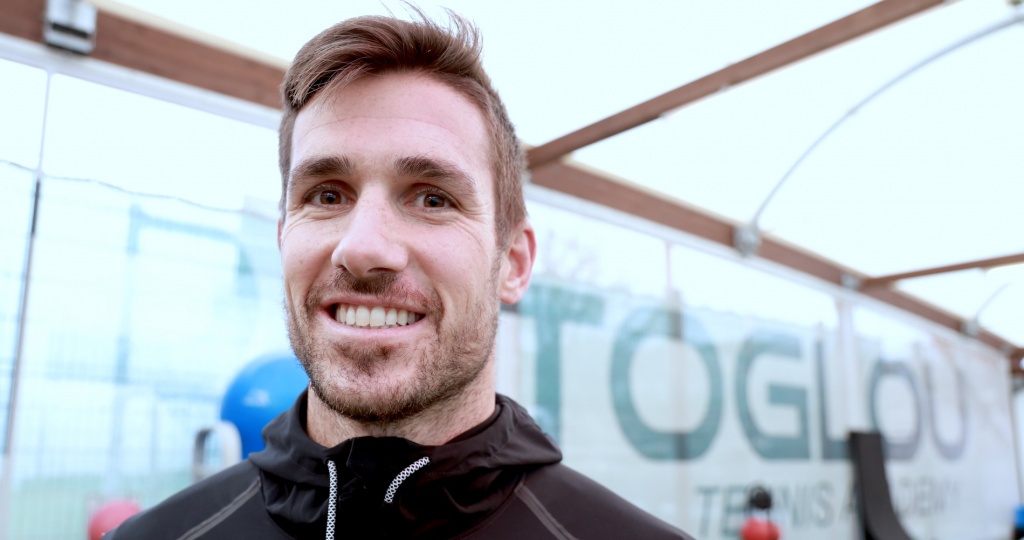 The major drawback of quarantine, though, is ultimately contact with the ball, Cosmao says.

“The biggest problem is tennis. Normally, at this time of preparation, you spend three to four hours on the court. There you (are) at zero for two weeks…some players, after a few days without hitting, completely lose their feel, others have no problem. We’ll see during the Australian Open. Maybe there will be some surprises.”

Because, even when the mechanics are perfectly oiled and the machine is ready, it takes a good driver to make the difference on the track.